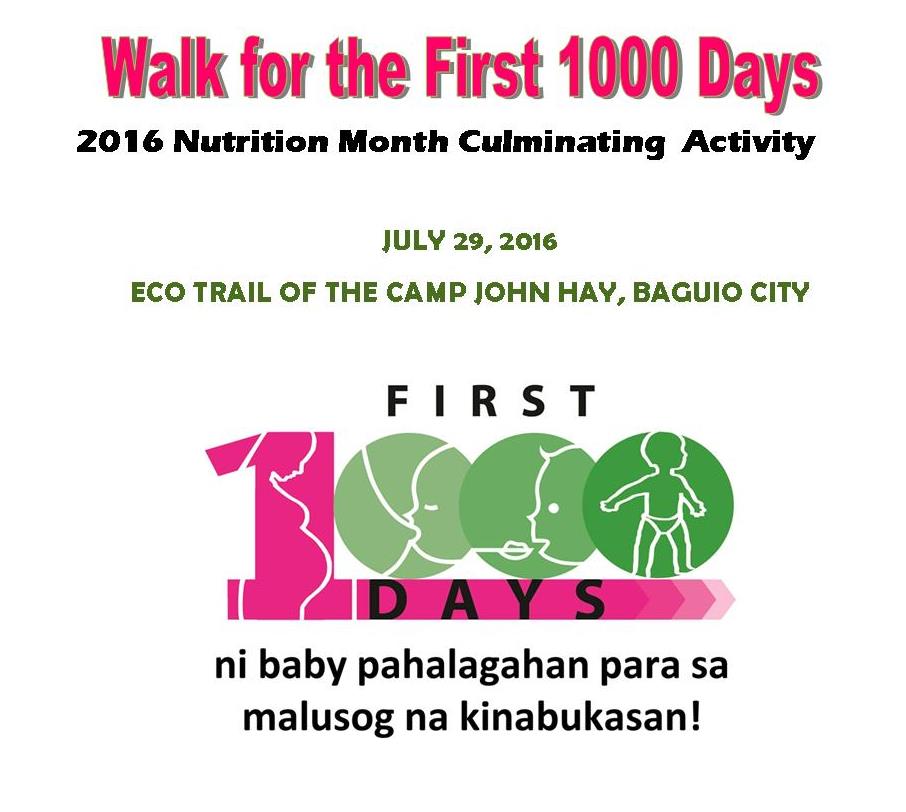 After the 1 hour and 30 minutes’ walk, a pledge of commitment will be signed to solidify the involvement of the participants in creating awareness on the significance of good maternal nutrition and proper Infant and Young Child Feeding practices. The activity does not only aim to give awareness but also to evoke a positive change in practices for optimum nutrition and growth. Nancy E. Paclos 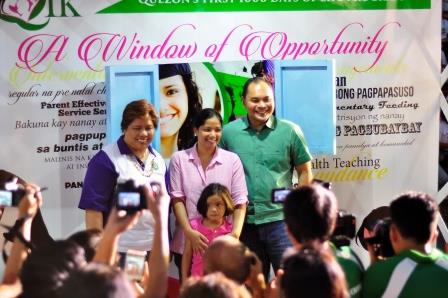 The National Nutrition Council called on all stakeholders to support the First 1000 Days of life program to hasten the reduction of malnutrition in the country. This call was made during the launching event of the National Nutrition Month campaign held on July 5, 2016 at the Quezon Convention Center, Lucena City.  Bannering the Nutrition Month theme “First 1000 Days ni baby pahalagahan para sa malusog na kinabukasan!”, the launching event aimed to generate and spread awareness on the significance of good maternal nutrition and proper infant and young child feeding practices and the continuum of services in early childhood care and development (ECCD).  The First 1000 Days which starts from conception until the child reaches his/her second birthday, is considered globally as the golden window of opportunity to build a person’s foundation for physical growth, mental development, health and economic productivity.

First 1000 days critical in the life of a child 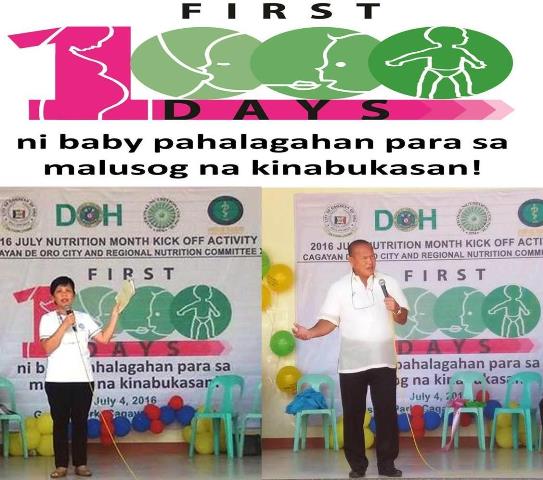 To reinforce public awareness on the importance of the first 1000 days of a child’s life starting from conception and before the child turns two, the Cagayan de Oro City Government has joined the celebration calling this year’s nutrition month a much different commemoration than the past.

City nutrition committee member Nenita Rabe said this year is different from the past observance as the National Nutrition Council (NNC) sheds light on the health of pregnant women, which she said, is the stage where the child starts receiving nutrients from the mother.

Read more: First 1000 days critical in the life of a child 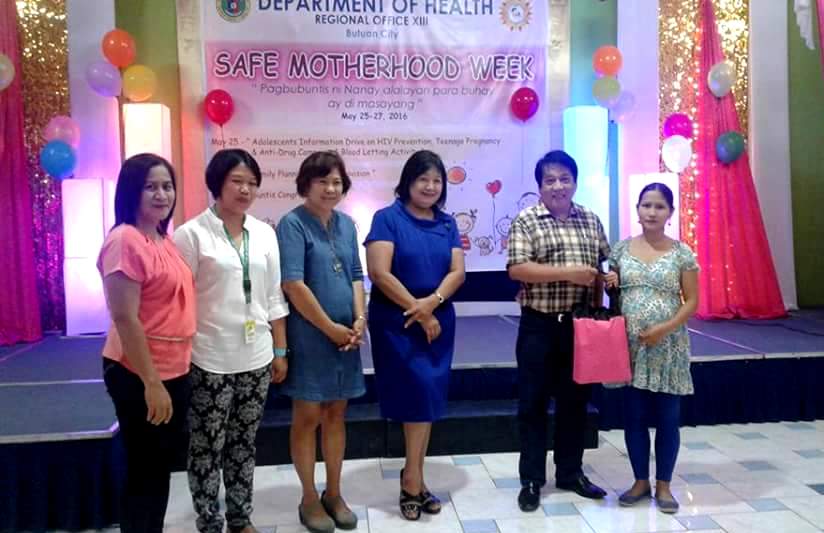 25-27 May 2016, Butuan City -- DOH Caraga, as a contribution to the Philippines’ commitment to the United Nation millennium declaration of reducing poverty and hunger, celebrated the Safe Motherhood Week with a 3-day activity in Luciana Convention Center, Butuan City. A series of informative lectures on health and nutrition of mother and baby during pregnancy and after delivery, breastfeeding, immunization and family planning was conducted. Free ultrasound was also provided among pregnant mothers along with services on safe family planning and counselling during the 3-day activity.

Director Jose R. Llacuna Jr, the DOH Regional Director and Regional Nutrition Program Coordinator (RNPC) of NNC Caraga gave an inspirational message to an estimated 150 pregnant mothers to keep themselves and their babies healthy and well nourished. He gave emphasis on the importance of the first 1000 days of life of a child. Together with MNCHN Program Coordinator Dr. Grace Lim, DoH EPI Nurse Coordinator Jasmin Sarce and Nurse Arlys Demata, Director Llacuna also gave Buntis Kits to our pregnant mothers.