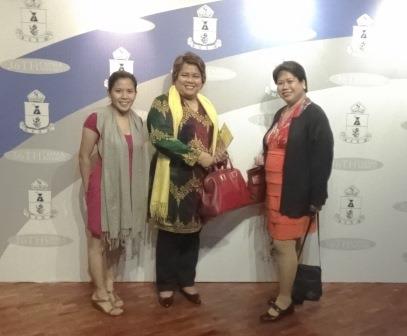 The National Nutrition Council’s radio program Katumbas ay Biyaya was chosen as a finalist for Best Educational Radio Program category in the upcoming 37th Catholic Mass Media Awards (CMMA). This will be the fifth time that the radio program was included in the CMMA. It won the Best Public Service Program (radio category) in the 35th CMMA in 2013 and as finalist in the same category in the 33rd, 34th and 36th CMMA in 2011, 2012 and 2014 respectively. Being a finalist once again, Katumbas ay Biyaya shows consistent quality of programming and a recognition of NNC’s efforts to help families and communities to improve their nutrition.

Katumbas ay Biyaya is a 30-minute program that airs over DZRH 666 kHz every Saturday, 10:30 – 11:00 a.m. and is currently on its 10th Season. It features a drama portion depicting real-life scenarios related to the featured topic followed by a discussion with a nutritionist-dietitian from NNC. This is part of the NNC’s media campaign under the Promote Good Nutrition Program to educate Filipinos to adopt positive nutrition behaviors. Past episodes are being aired nationwide in NNC’s 35 Nutriskwela Community Radio Stations and in local commercial radio stations through NNC’s regional offices. The program is co-produced by the Manila Broadcasting Center.

The Catholic Mass Media Awards, one of the country’s most prestigious award-giving bodies, is an offering of the Archdiocese of Manila to media practitioners who embody what is good and true for God and humanity. The awarding ceremony is scheduled on 4 November 2015 at Star Theater, CCP Complex, Pasay City.

The training aimed to provide participants with an opportunity to prepare for cluster coordination, and to facilitate interaction between existing and potential cluster coordinators. Specific training objectives were to enable participants to: a) have a better understanding of the humanitarian reform, transformative agenda and the cluster approach; b) be clarified on the roles, responsibilities and accountabilities of cluster stakeholders (including Cluster Lead Agencies, Cluster Coordinators, Cluster partners and national governments); c) be familiarized with relevant management processes for effective cluster performance; d) be able to describe and demonstrate, the attitude, skills and behaviors needed by cluster coordinators to support effective cluster performance; and e) be aware of cluster specific tools, sources of information, and lessons learned. 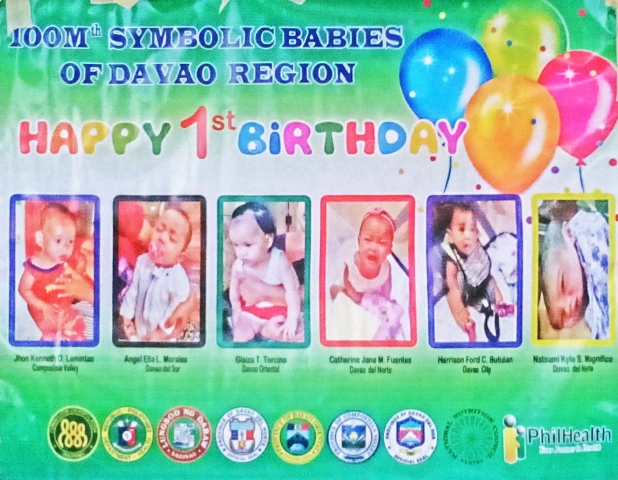 The First Birthday Gift Pack contained essential items for the baby’s first 1000 days, as the symbolic 100 Millionth Baby celebrates her first birthday last July 27, 2015 along with 99 other babies nationwide who marked the 100 million population of the country last year. Aside from the Gift Pack, the babies from 100 communities, 19 cities and 81 provinces received PhilHealth Member Data Record (MDR).

NNC XI promotes a nutritious complementary feeding and continued breastfeeding for the babies. Since the first 1,000 days of a child’s life (from pregnancy through a child’s 2ndbirthday) is a window of time that sets the stage for a person’s intellectual development and lifelong health. It is a period of enormous potential, but also enormous vulnerability. The six babies chosen in the region - five in every province and one in Davao City - were reminded of the information they need.

The babies namely; Harisson Ford C. Butulan from Davao City, Natsumi Kyle S. Magnifico and Catherine Jane M. Fuentes from Davao del Norte, Jhon Kenneth O. Lamintao from Compostela Valley, Angel Ella L. Morales from Davao del Sur, and Glaiza T. Torcino from Davao Oriental – were monitored regularly by the NNC XI and other agencies to ensure they will receive the required health assistance as they grow with the guidance of the Barangay Nutrition Scholars and Midwives in their respective barangay.

Compostela Valley – The National School Deworming Day and its Regional Launching was held last July 29, 2015 at Nabunturan, Compostela Valley which was organized by the Department of Health of Region XI headed by Dr. Abdullah B. Dumama, Jr., MPA, CESOIII. As DOH’s attached agency, the National Nutrition Council XI showed its support by participating on its culmination.

NNC XI, represented by NOII Marcel Paul B. Maglaqui and NOI Lovely Joy P. Caballero, together with DOH XI, DILG and DepEd went to Nabunturan Central Elementary School to deworm their school children. Among other activities undertaken during the culminating program is the hand wash drill and locally sponsored feeding program before the deworming of the children.

As the Region aimed to deworm 759,082 pupils (kindergarten - grade six) in 1,644 public elementary schools; Dr. Dumama left a message which he opts to keep in mind, that worm infestations may impact on a child’s ability to learn and that growth rate and weight gain among children who are regularly dewormed is higher compared to those who are not; he quipped, each child should be dewormed “para maging malusog at masigla ang inyong mga anak.”