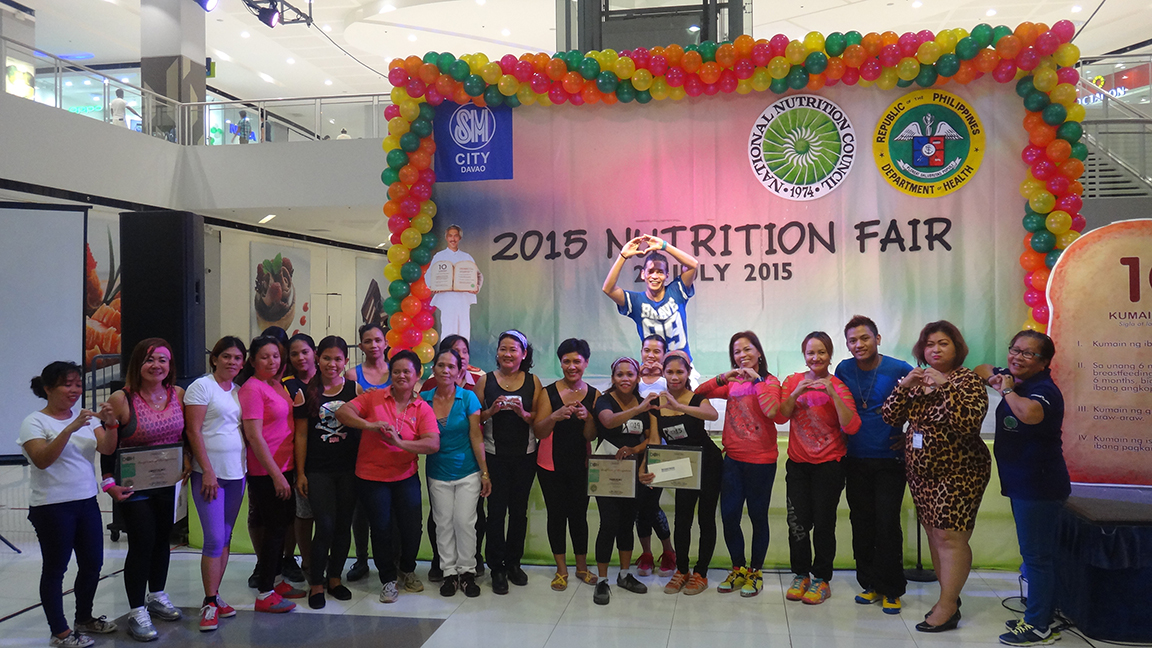 The said event launched off with the ribbon cutting to open the fair to the public which is led by Dr. Maria Teresa L. Ungson, Regional Nutrition Program Coordinator; together with Presidents of the different nutrition association of NNC XI - Dr. Azucena Dayanghirang of the Nutrition Action Officer (NAO) and also the Vice-President (for Mindanao) of National Nutrition Action Officer Association; Ms. Lynneth Demaisip of the District/City Nutrition Program Coordinators (D/CNPC) Association; and Ms. Jocelyn Lumaad of the LuzViMin Barangay Nutrition Scholar (National) and Barangay Nutrition Scholars (BNS) Federation (Region XI).

Inside the fair are exhibits on nutrition. It displayed the Pinggang Pinoy, The 10 Kumainments, and the highlights of the 2015 Nutrition Month talking points that focus on overweight and obesity, in line with this year’s Nutrition Month theme: “Timbang iwasto sa tamang nutritsyon at ehersisyo!” There was also a free nutrition consultation throughout the day of the fair by the Registered Nutritionist & Dietitians from Southern Philippines Medical Center (SPMC) for the public to open their eyes on the importance of proper nutrition and active healthy lifestyle. 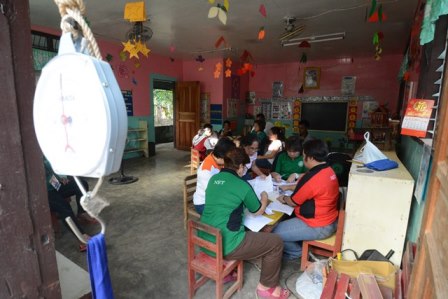 Davao City – It’s that time of the year again! July marks the celebration of Nutrition Month in which this year’s theme: “Timbang iwasto sa tamang nutrisyon at ehersisyo” was elaborated by the National Nutrition Council XI (NNC XI).

One of the highlights of (the question and answer during) the interview was from TV5 which states, why is the theme concentrated on ‘Timbang iwasto sa tamang nutrisyon at ehersisyo’, in which there are varied concerns on health? This question was addressed to Dr. Ungson in which she said, “Because of the increasing prevalence of overweight and obesity among our children. And also, take note that overweight and obesity is more of a problem of the adults right now.” She quipped, “If children had problems of undernutrition; adults have over nutrition.”

Although adults have the most prevalence rate in overweight and obesity, she wanted to focus on the children to easily supervise and take them to proper nutrition and lessens the outcome as these children become adults. 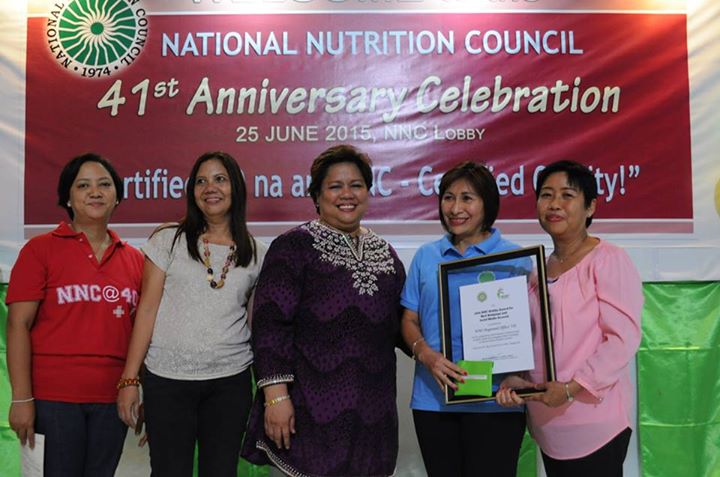 The Webby Awards is NNC’s internal awarding system to recognize outstanding performance in promoting good nutrition through the use of the Internet and social networking media. With the current trends that are brought about by technology in our modern world, good nutrition can now be promoted through the worldwideweb. This year, on the occasion of NNC’s 41st Anniversary, outstanding performers in the maintenance of NNC webpages and official NNC facebook accounts in 2014 shall be recognized.