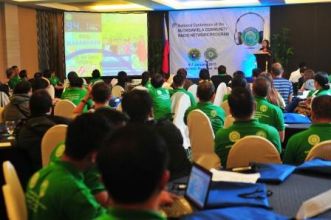 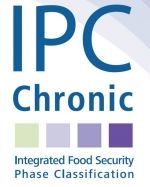 After the back-to-back Awareness Raising Forum and Level 1 Training on the IPC (Integrated Food Security Phase Classification) Protocol for Chronic Food Insecurity Analysis held 28-29 October 2014 and17-21 November, respectively, the analysis workshop to generate the first Philippines chronic food insecurity map will be held.  The workshop is scheduled on 20-24 January under the facilitation of 2 technical experts from the IPC Global Support Unit of the Food and Agriculture Organization of the United Nations, Rome, Italy.

The IPC analysts are composed of the 31IPC-trained sectoral staff from government, nongovernment organizations, academia, and UN agencies. Ongoing preparation include data sharing and processing in preparation for the analysis proper using the web-based tool called the information support system (ISS).  Data sources include the DOST-FNRI for anthropometric and food security data, and the Philippines Statistics Authority for poverty statistics and food and income expenditure data.  IPC aims to provide decision-makers information on the severity, magnitude and determinants of chronic food insecurity in identified priority provinces to guide in nutrition and food security policy and program formulation. 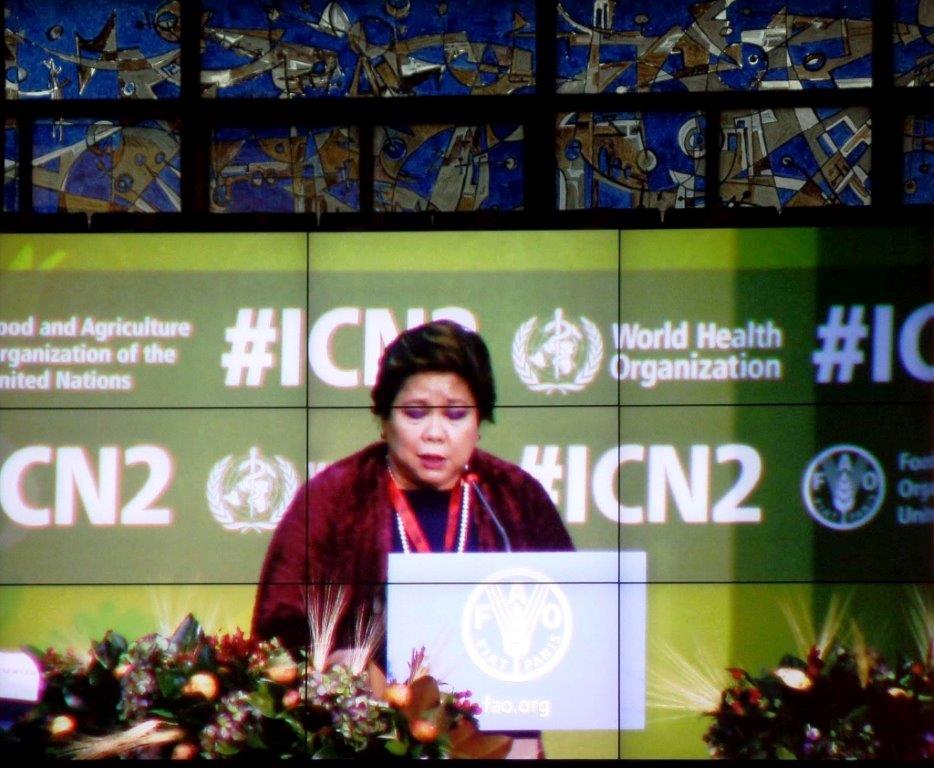 Assistant Secretary Bernie Flores led the Philippine delegation for the 2nd International Conference on Nutrition held at the FAO Headquarters in Rome, Italy on 19-21 November 2014.

The 2nd ICN was an inclusive inter-governmental meeting on nutrition jointly organized by the Food and Agriculture Organization (FAO), and the World Health Organization (WHO) both of the United Nations.

It was a high-level ministerial conference that adopted a flexible policy framework to address today's major nutrition challenges and priorities for enhanced international cooperation on nutrition. 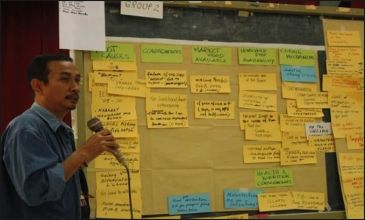 The National Nutrition Council will pursue in 2015 the conduct of a series of capacity building activities for 30 selected municipalities of the country as part of NNC’s strategy to capacitate local government units.  The Early Warning System for Food and Nutrition Security is a component of the Philippine Food and Nutrition Surveillance System (PFNSS) that is intended to enable LGUs to take timely nutrition action through early detection of a worsening nutrition situation based on monitoring of nutrition and nutrition-related indicators.

The NNC, in collaboration with the Food and Agriculture Organization of the United Nations started the conduct of trainings for municipal and city level personnel on the Early Warning System for Food and Nutrition Security in the municipality of Botolan, in Zambales and in Panabo City, Davao del Norte in the 3rd quarter of 2014.  This was followed by consultative meetings and training for local teams in another 8 local government units as part of the initial   roll-out of the project in  2014.  Another 20 cities/municipalities will be prioritized for 2015, this time through the joint efforts of NNC and FAO with support from UNICEF.

Read more: NNC Rolls Out Early Warning System for Food and Nutrition Security in more cities and municipalities in 2015