Manolo Fortich: Leading the way to a progressive, inclusive, and well-nourished citizenry 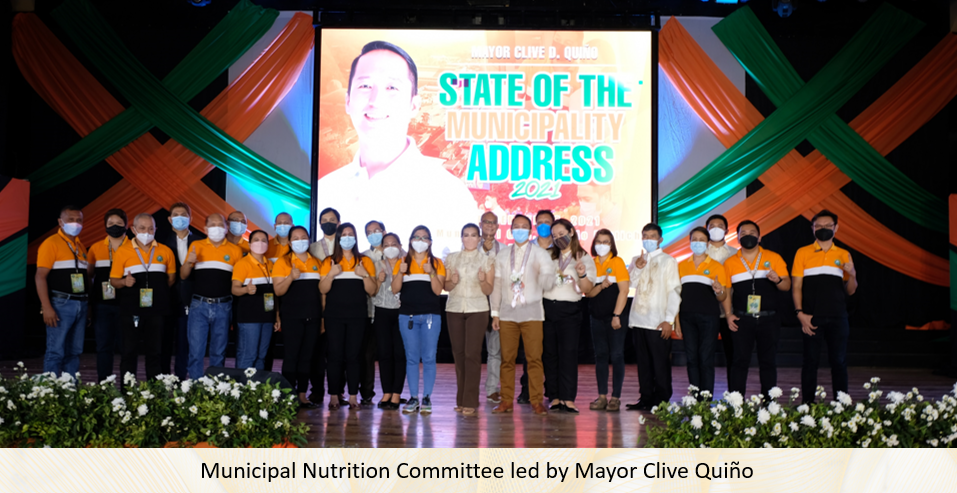 Blessed with a climate suitable for crop production, river systems with potable water and irrigation to agricultural lands, forest areas with various floras and faunas in the Mt. Kitanglad Range and mineral deposits, Manolo Fortich set its sights on becoming one of the most competitive municipalities in the country.

From 2019, the journey of Misamis Occidental or MISOCC towards a well-nourished community continues.  MISOCC, an acronym which could also means “Misamis Occidental In Support Of the Communities’ Continuous Progress,” is an appropriate phrase to name the province as one of the 2nd Year Consistent Regional Outstanding Winner in Nutrition (CROWN) Maintenance Awardee. Again, to emphasize, the province supporting the communities’ continuous progress.

Misamis Occidental is one of the five provinces in Region X (Northern Mindanao).  It is a second income class province divided into two Congressional Districts, with three cities (Oroquieta as its capital, Ozamis and Tangub) and 14 municipalities (Aloran, Baliangao, Bonifacio, Calamba, Clarin, Concepcion, Don Victoriano Chiongbian, Jimenez, Lopez Jaena, Panaon, Plaridel, Sapang Dalaga, Sinacapan, and Tudela), and comprised of 490 barangays with a population of 602,126 from the 2015 Census. The economy of the province depends highly on fishing, coconuts, and rice; thus, the name of the province was derived from Subanen (one of the languages/dialects spoken in the province aside from Cebuano, English, Tagalog, and Maranao) word “kuyamis,” meaning a variety of coconut. 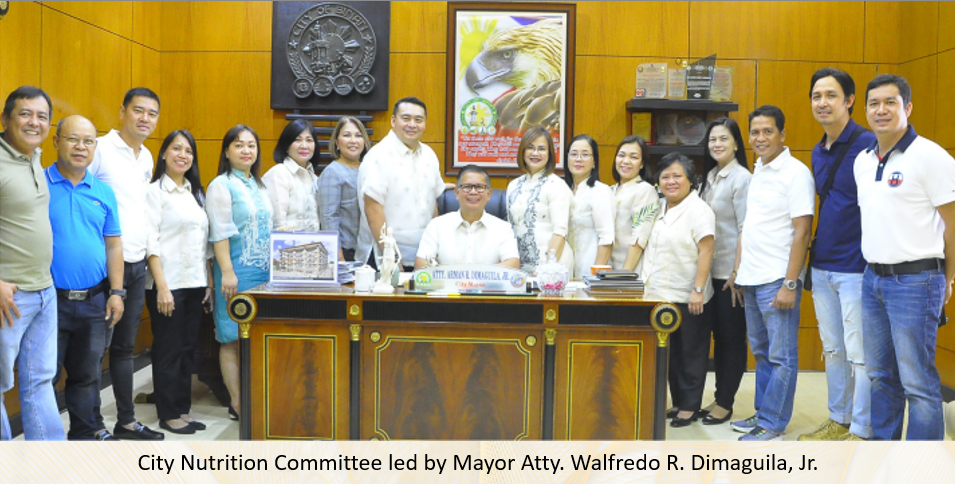 The City of Biñan, a component city in the Province of Laguna, is situated a few kilometers south of Metro Manila. Its strategic location opened vast opportunities for the city, including the emergence of commercial establishments, shopping centers, and the existence of Laguna Technopark, making it the “Trading and Commerce Center of the South”. Aside from this, Biñan is also a home to rich history, even once resided by the country’s national hero, Dr. Jose P. Rizal. To date, it is still well known for its shoes and slippers, hats, and the famous pancake made from rice flour or Puto Biñan.

Mabalacat City: In Mabalacat, there is perseverance and consistency in addressing malnutrition Pampanga is in the heart of Central Luzon, bounded on the north by Tarlac and Nueva Ecija, on the east by Bulacan, southwest by Bataan and west by Zambales. Its terrain is relatively flat with only one distinct, but legendary mountain, Mount Arayat. Mabalacat became a first-class municipality in 1996 and rose to cityhood in 2012. It has a land area of more than 2,000 square kilometers, divided into four congressional districts, with19 municipalities, 3 cities, and 538 barangays. Its people are peace-loving and God-fearing as well as hardworking and industrious. They speak the Kapampangan dialect, which is very rich in vocabulary and culture.

Read more: Mabalacat City: In Mabalacat, there is perseverance and consistency in addressing malnutrition