Zamboanguita is a 4th class municipality in the province of Negros Oriental. It is composed of 10 barangays.

The 2015 Census of Population conducted by the Philippine Statistics Authority reported that Zamboanguita has a total population of 27,552. This population is distributed over 85.86 square kilometers of land.

Zamboanguita (meaning “little Zamboanga”) got its name from its neighbor down south across the sea, Zamboanga City.

In 2010, Radyo Kaigsoonan was established by the National Nutrition Council in partnership with the Municipal Government of Zamboanguita under Phase II of the Nutriskwela Community Radio Network Program. “Kaigsoonan” is a Cebuano word for brethren.

DYNO-FM 98.5 RADYO KAIGSOONAN is located at the Second floor of Zamboanguita Public Market Building, Zamboanguita, Negros Oriental. It began airing on 27 November 2010. The radio station can be clearly heard in 10 out of 10 barangays of the municipality. 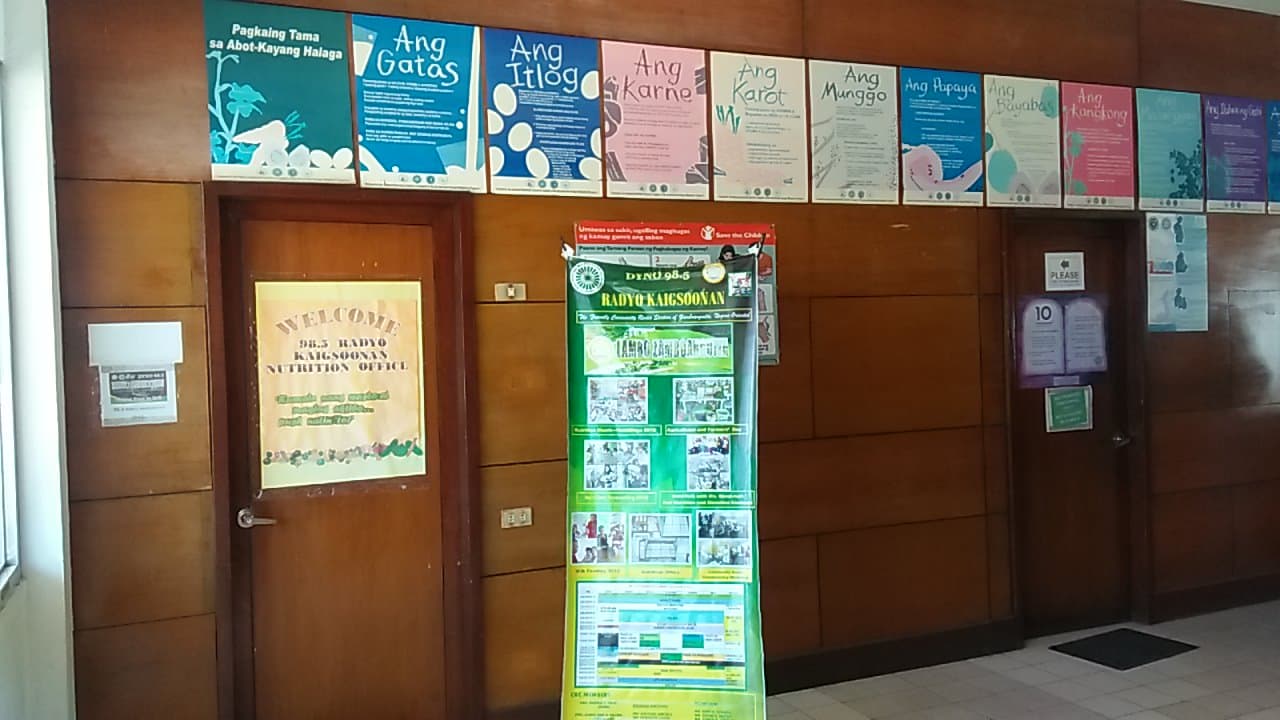 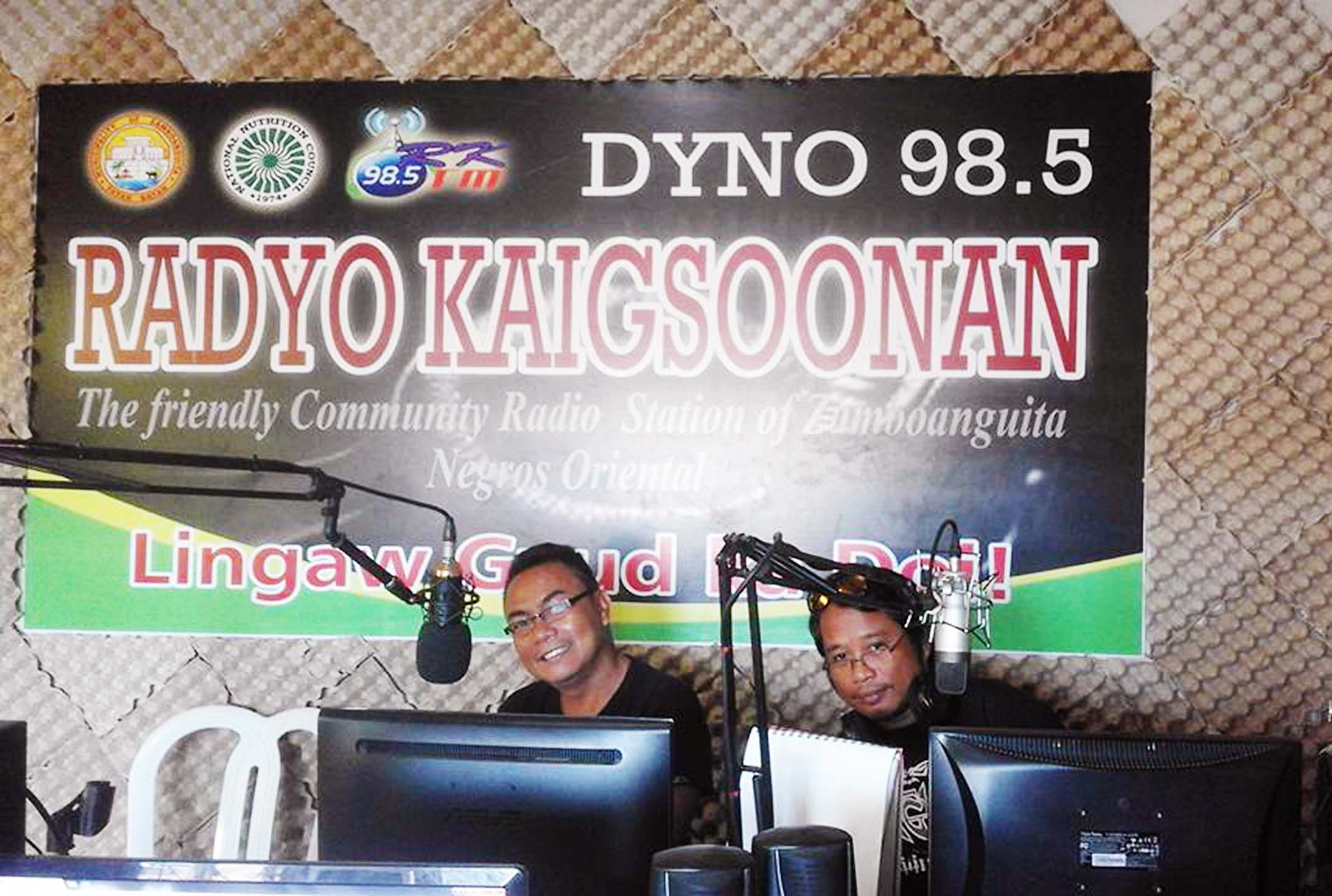 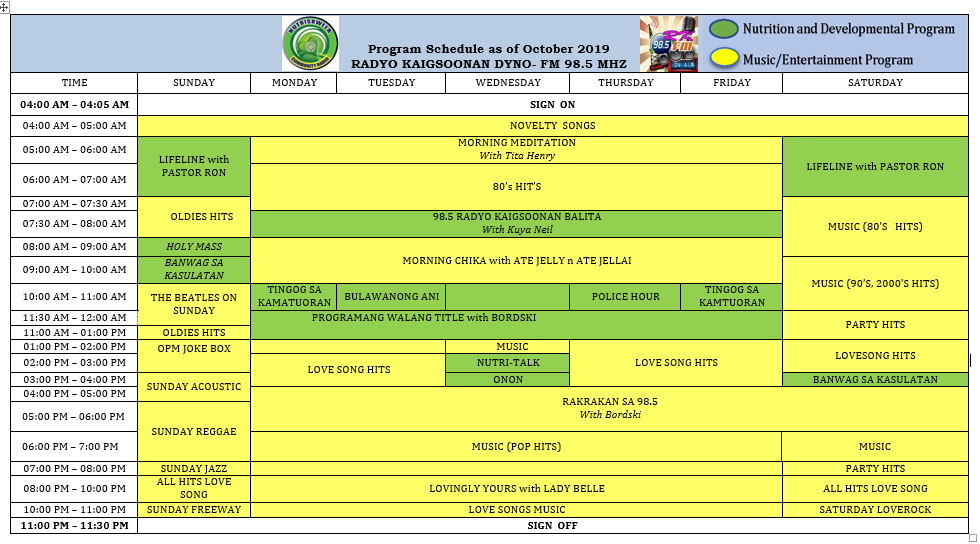 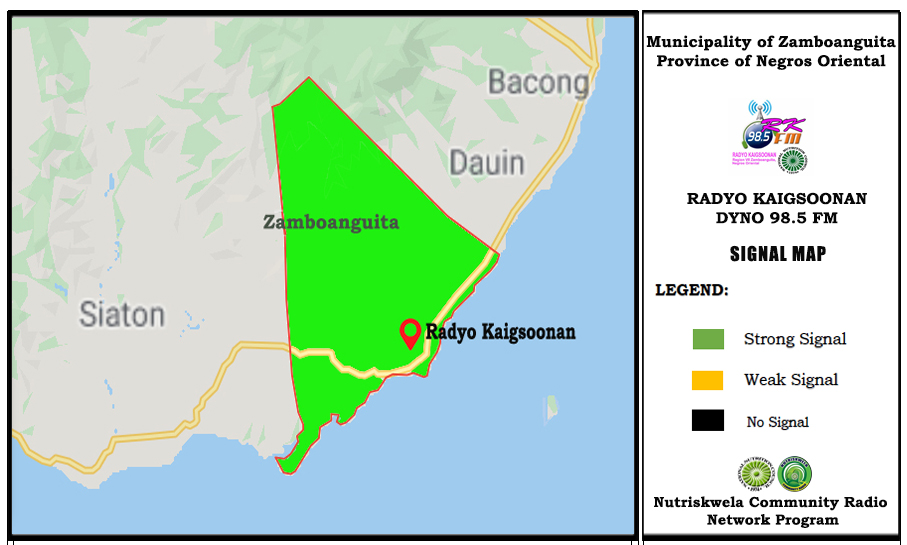