Catubig is a 3rd class municipality in the province of Northern Samar. It is composed of 47 barangays.

The 2015 Census of Population conducted by the Philippine Statistics Authority reported that Catubig has a total population of 33,025. This population is distributed over 214.99 square kilometers of land.

Catubig has a rich history during the Philippine-American War. It is the site of the Siege of Catubig which took place in April 1900. The Siege of Catubig was a bloody engagement wherein Filipino guerrillas launched a surprise attack against a detachment of the U.S. Infantry that forced the latter to abandon the town after a four-day siege. The attack was very similar to the Balangiga Massacre which happened a year later.

In 2010, Radyo Kasugbong was established by the National Nutrition Council in partnership with the Municipal Government of Catubig and the Provincial Government of Northern Samar under the Nutriskwela Community Radio Network Program Phase II. “Kasugbong” is a Waray word for friend or companion.

DYNN-FM 97.3 RADYO KASUGBONG is located at the Municipal Building of Catubig, Northern Samar. It began airing on 01 February 2011.

The NNC upgraded Radyo Kasugbong’s transmitter in 2015. From 100 watts, the transmitter is now 300 watts with Effective Radiated Power (ERP) of 600 watts. The radio station can be clearly heard in 40 out of 47 barangays of the municipality. 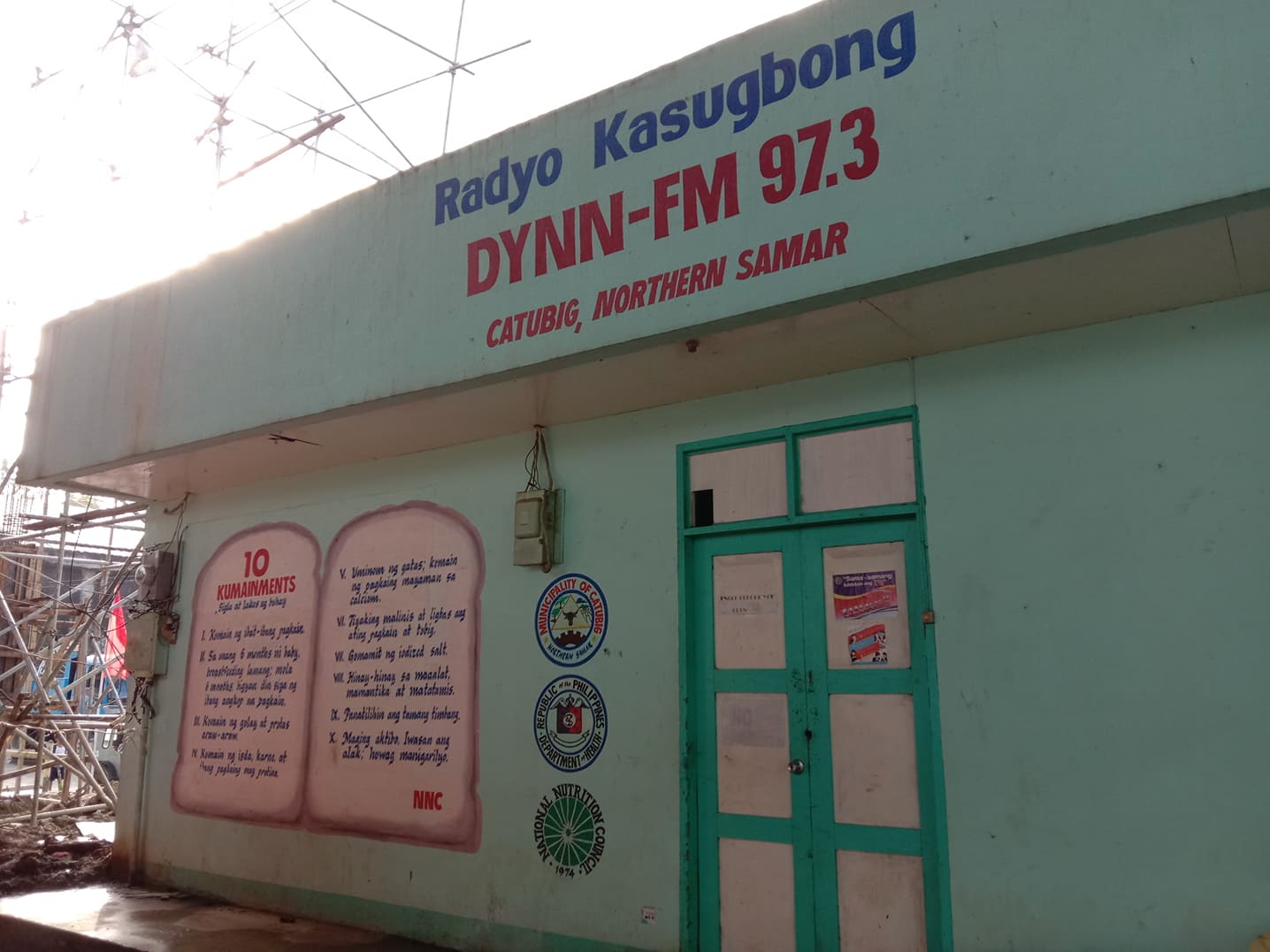 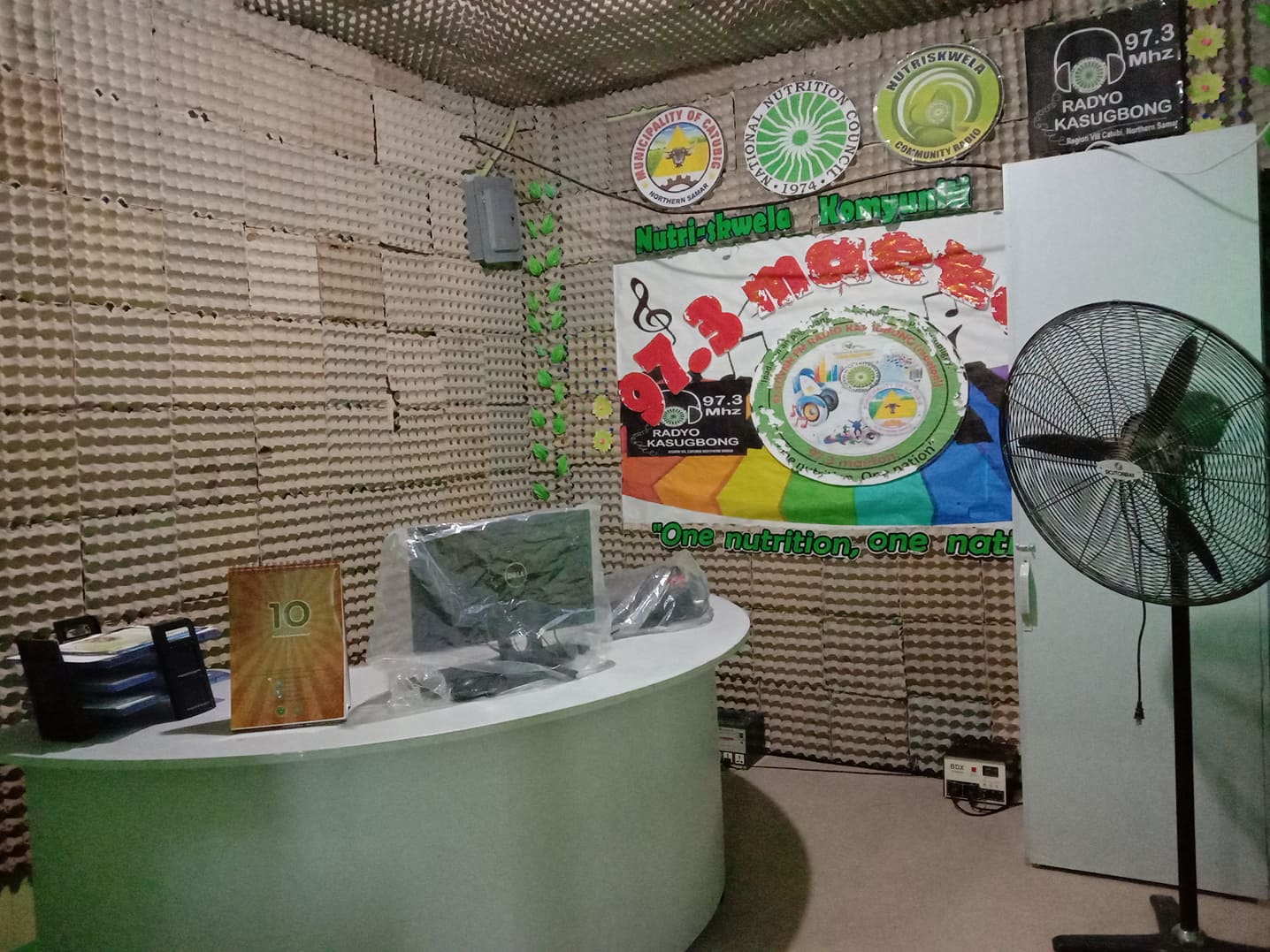 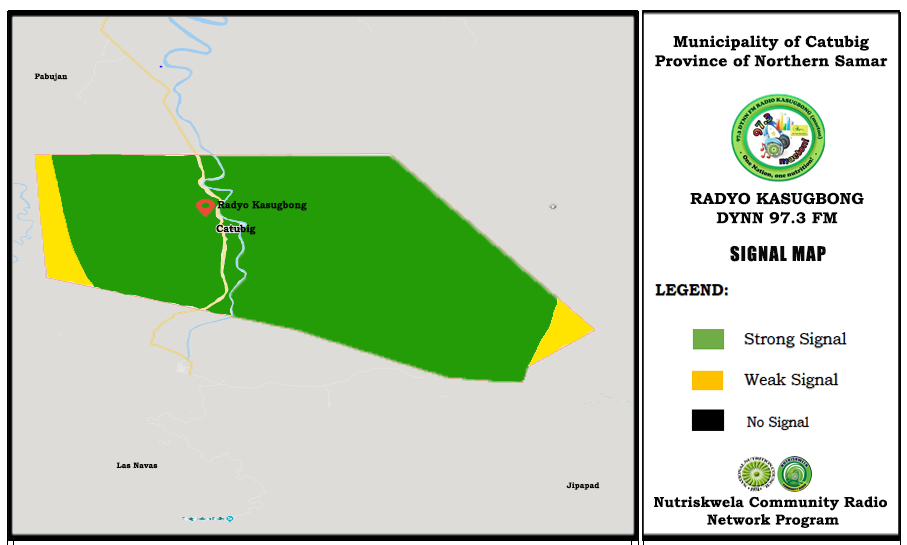