Del Carmen is a 5th class municipality in the province of Surigao del Norte. It is composed of 20 barangays.

The 2015 Census of Population conducted by the Philippine Statistics Authority reported that Del Carmen has a total population of 18,392. This population is distributed over 151.68 square kilometers of land.

Del Carmen is home to the rarest and one of the biggest mangrove forests in the Philippines. The Del Carmen Mangrove is a sanctuary of endangered Crocodylus porosus or the salt-water crocodile. One can also enjoy the soothing sceneries of Sugba Lagoon (located in Barangay Caub), a water sport spot and haven for tourists.

Radyo Kabakhawan was established in 2013 by the National Nutrition Council in partnership with the Municipal Government of Del Carmen and Department of Health (DOH)-Caraga under the Nutriskwela Community Radio Network Program Phase III. “Bakhaw” is Surigaonon word for mangrove. The term “kabakhawan” is used for the radio station to mean community.

The NNC upgraded Radyo Kabakhawan’s transmitter in 2017. From 100 watts, the transmitter is now 300 watts with Effective Radiated Power (ERP) of 600 watts. The radio station can be clearly heard in all 20 barangays of the municipality. 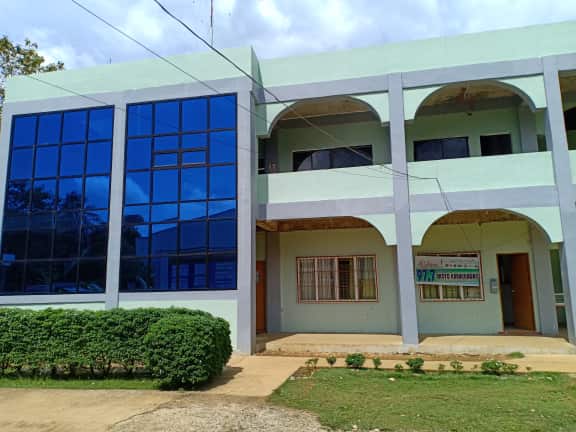 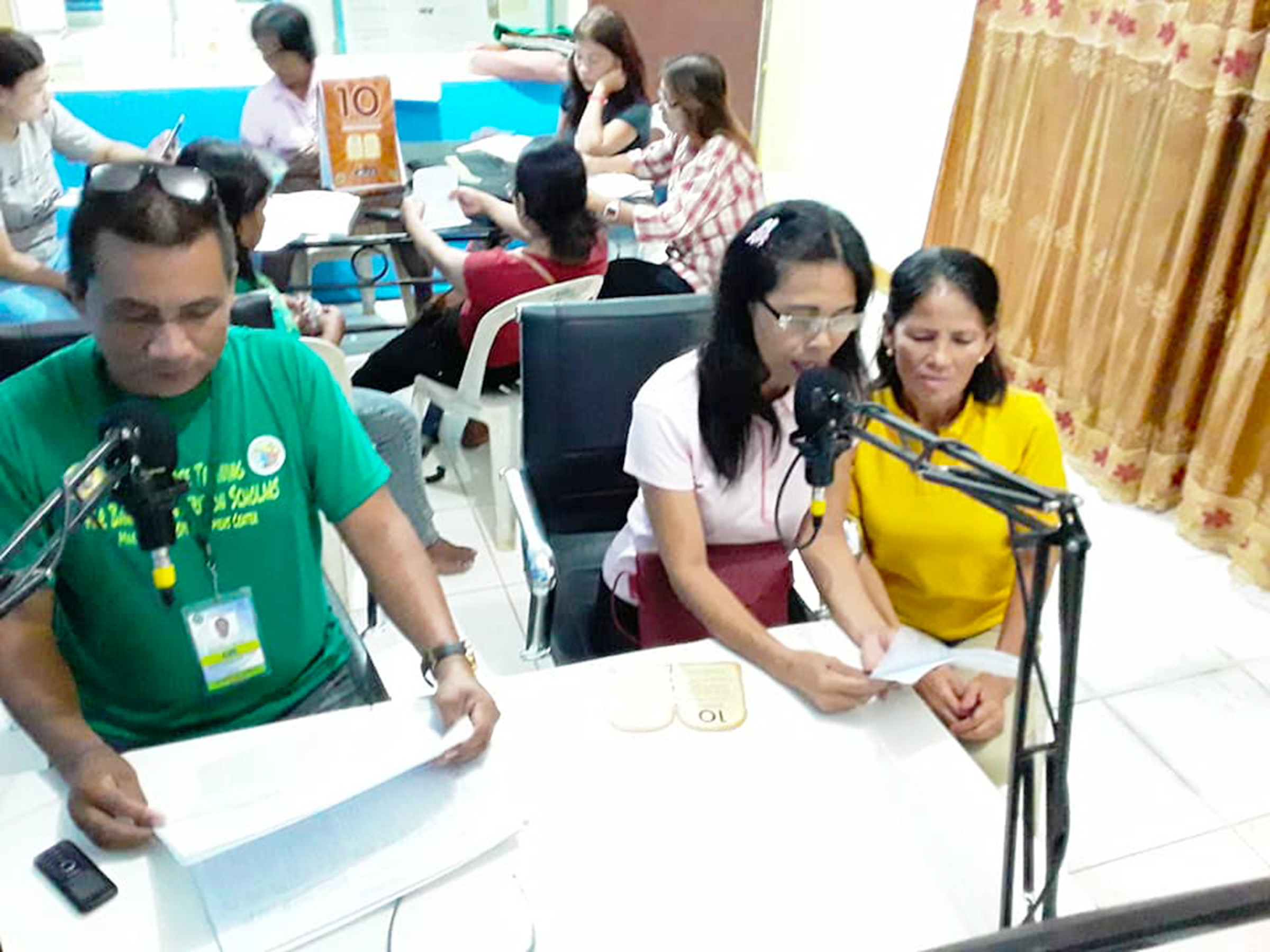 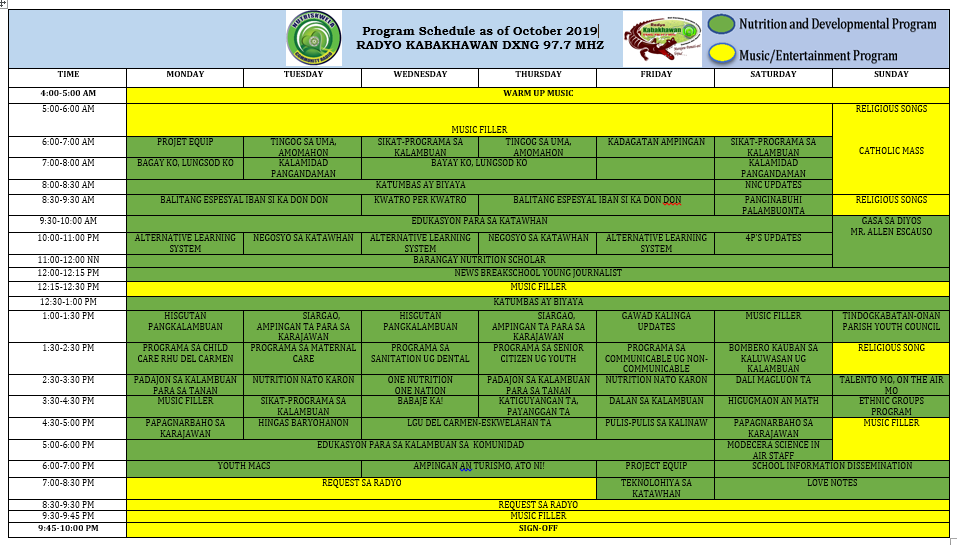 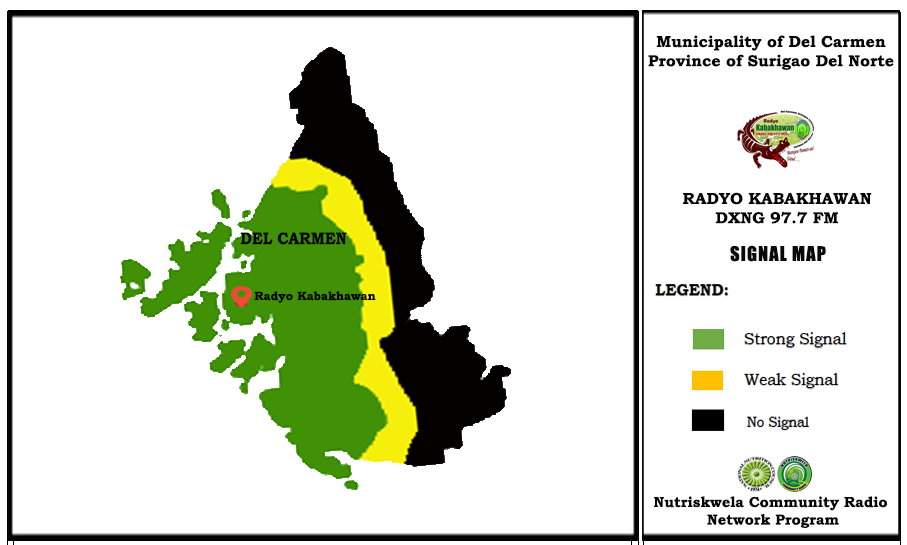 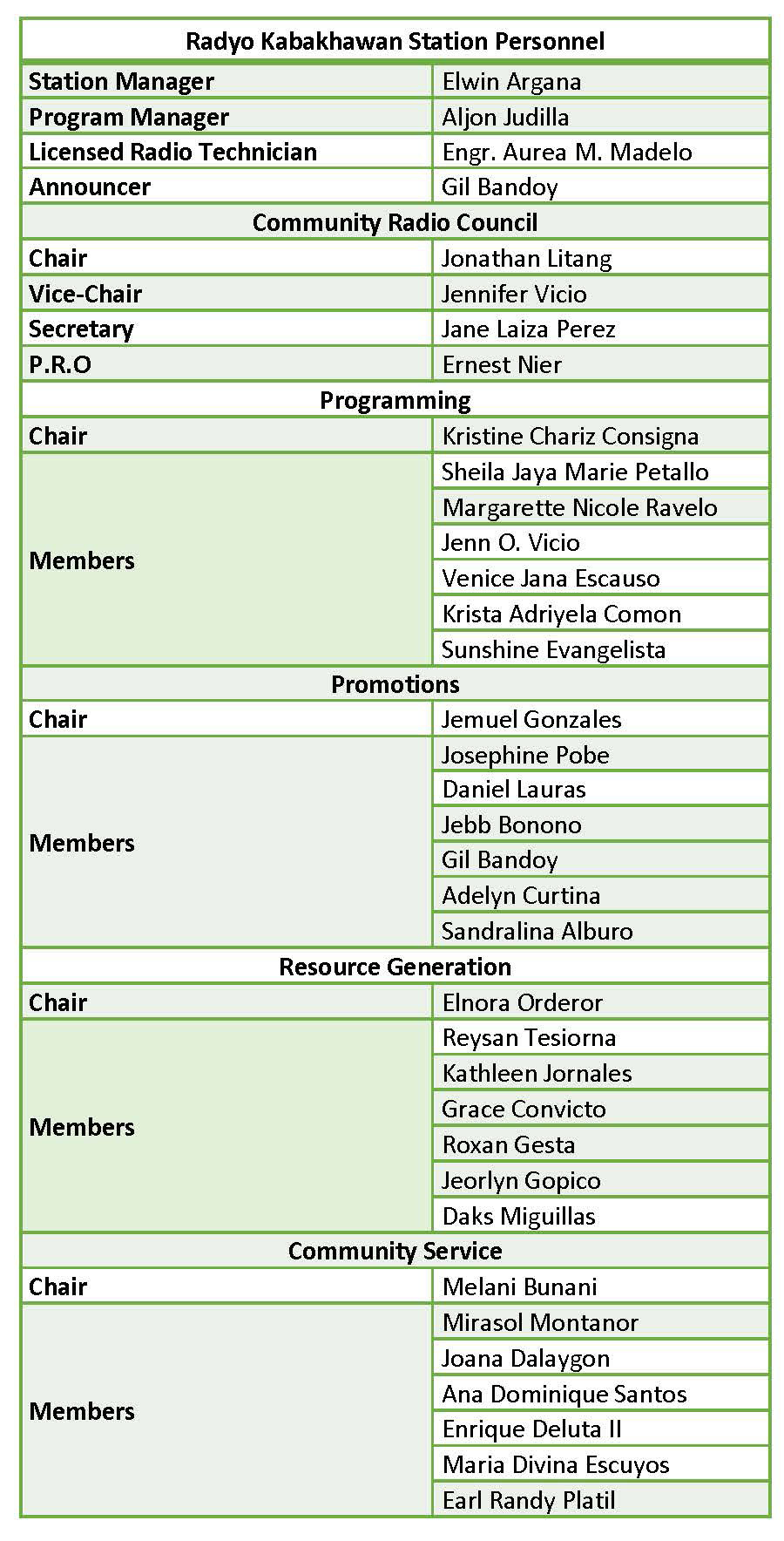