Pasil is a 5th class municipality in the province of Kalinga in the Cordillera Administrative Region. It is composed of 14 barangays.

The 2015 Census of Population conducted by the Philippine Statistics Authority reported that Pasil has a total population of 9,644. This population is distributed over 189.00 square kilometers of land.

Pasil has received several citations for being the first town in the province to establish on-line civil registry system.

Radyo Kasalip was established in 2015 by the National Nutrition Council in partnership with the Municipal Government of Pasil under the Nutriskwela Community Radio Network Program Phase IV. “Kasalip” in Kalinga means dance for unity in the community.

DZNR-FM 96.7 RADYO KASALIP is located at the Second Floor, Municipal Bldg., Amdalao, Pasil, Kalinga. It began airing on 25 April 2015. The radio station can be clearly heard in 10 out of 14 barangays of the municipality. 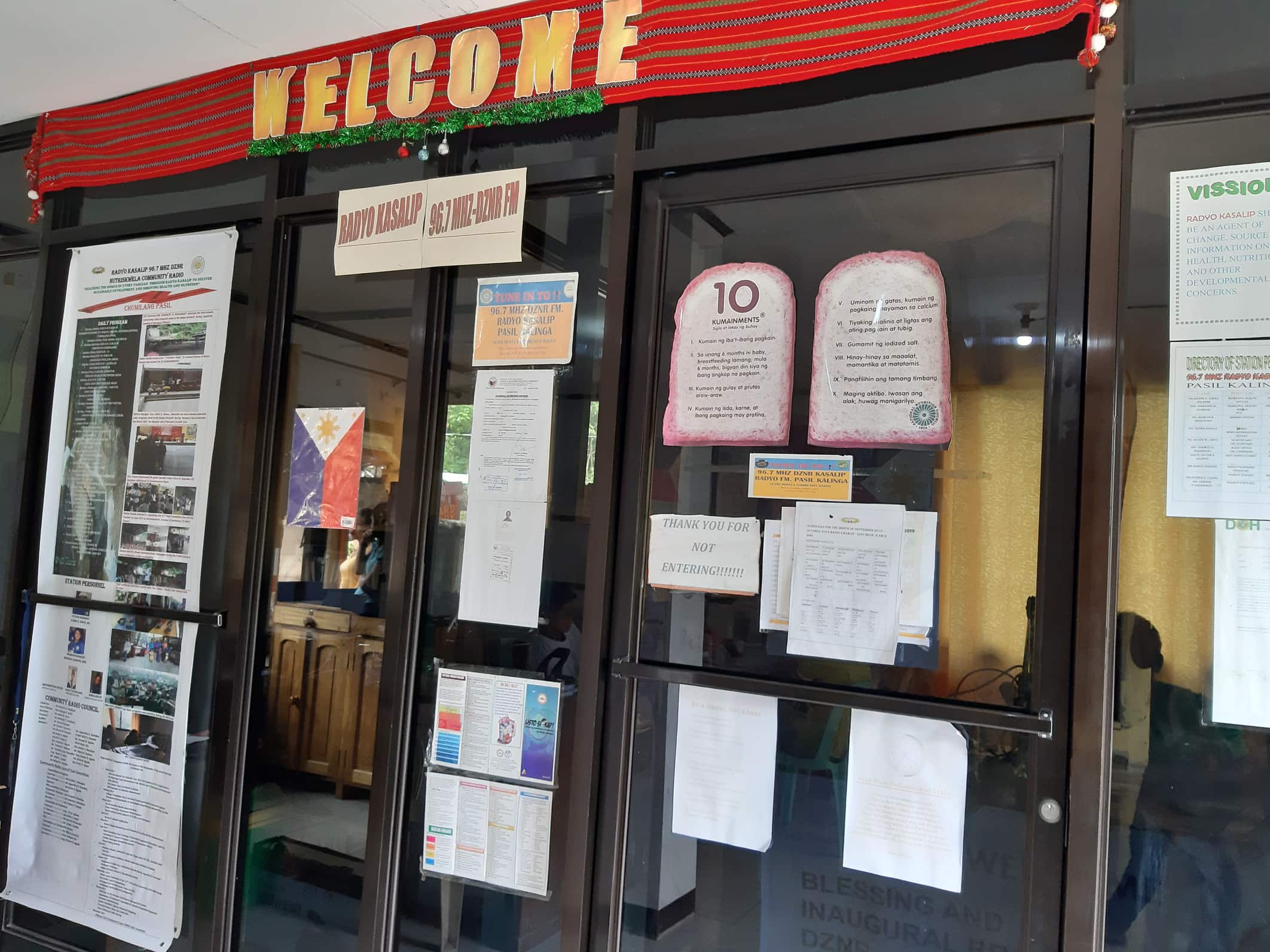 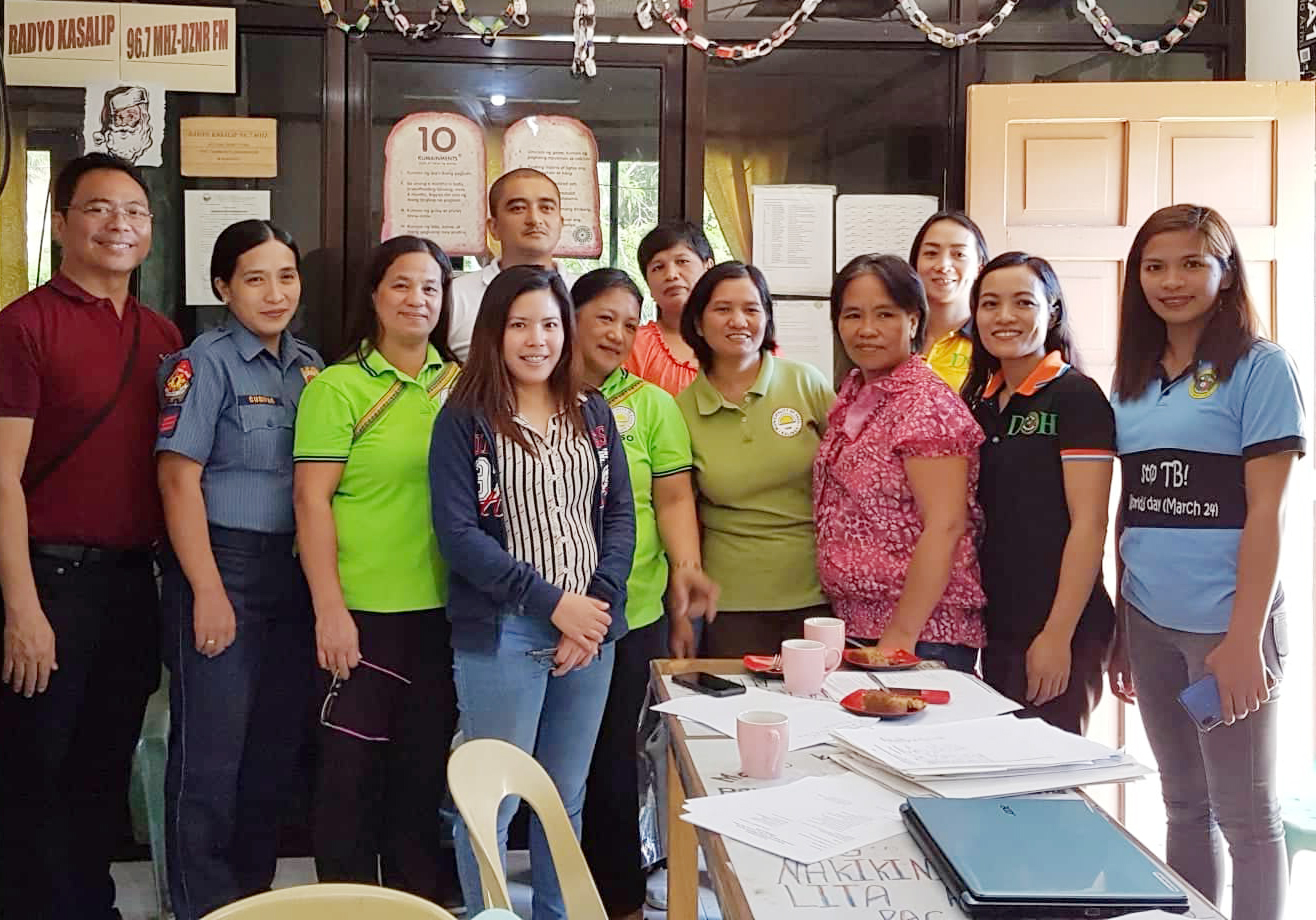 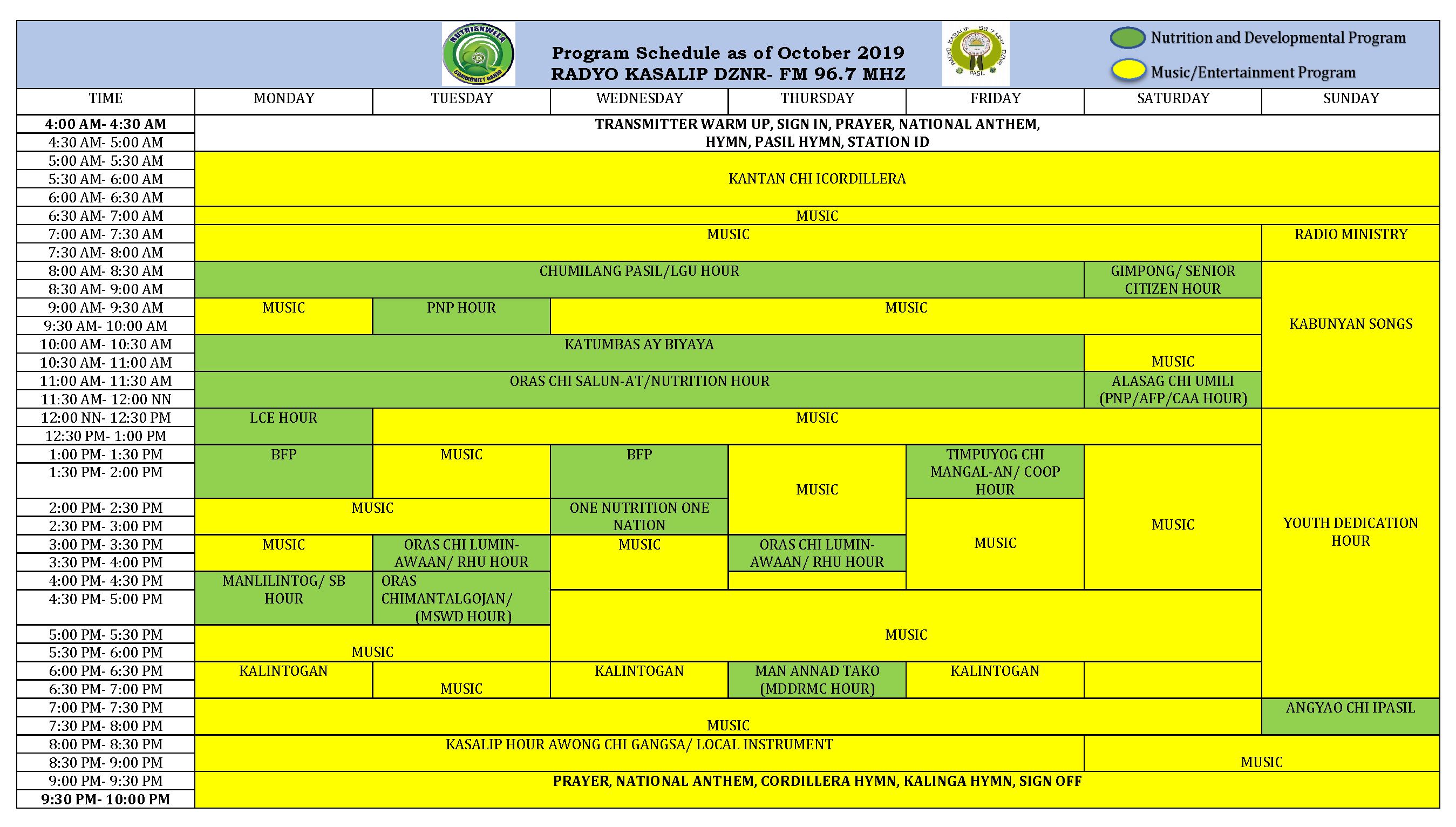 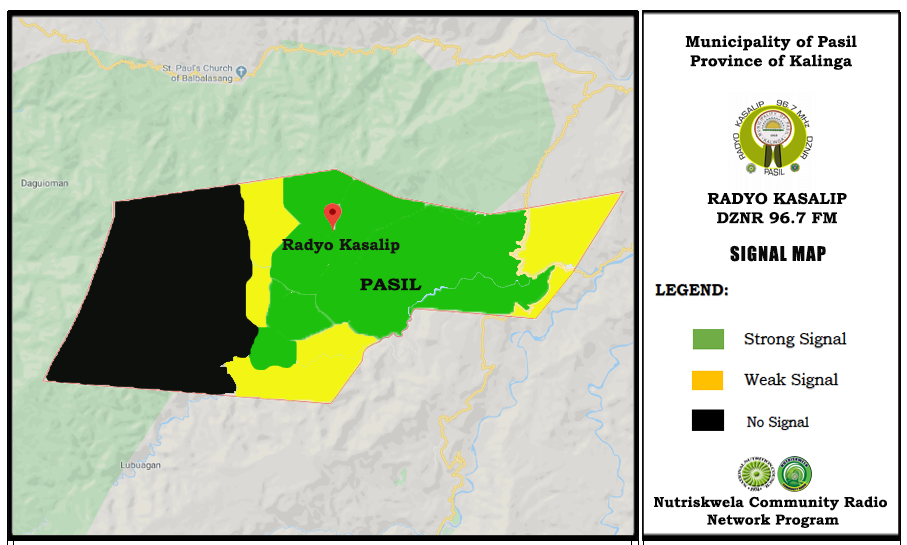