Sibalom is a 2nd class municipality in the province of Antique. It is composed of 76 barangays.

The 2015 Census of Population conducted by the Philippine Statistics Authority reported that Sibalom has a total population of 60,306 people. This population is distributed over 201.30 square kilometers of land.

Sibalom is known for its Natural Park, one of the last patches of lowland forest and the first protected area in the island, which harbors many unique species of plants and animals, some of which are on the brink of extinction.

In 2017, Radyo Kaabyanan was established by the National Nutrition Council in partnership with the Municipal Government of Sibalom under Phase V of the Nutriskwela Community Radio Network Program. “Kaabyanan” means “group of friends” in the Kinaray-a dialect spoken in Sibalom.

In 2019, the National Nutrition Council upgraded the transmitter of Radyo Kaabyanan from 100 watts to 300 watts with  Effective Radiated Power (ERP) of 600 watts. The radio station can be clearly heard in 70 out of 76 barangays of the municipality. 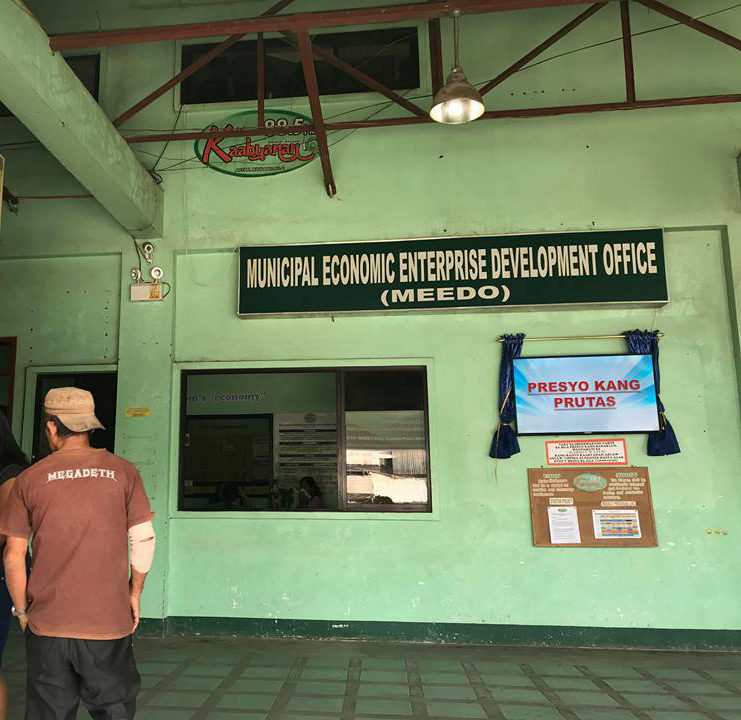 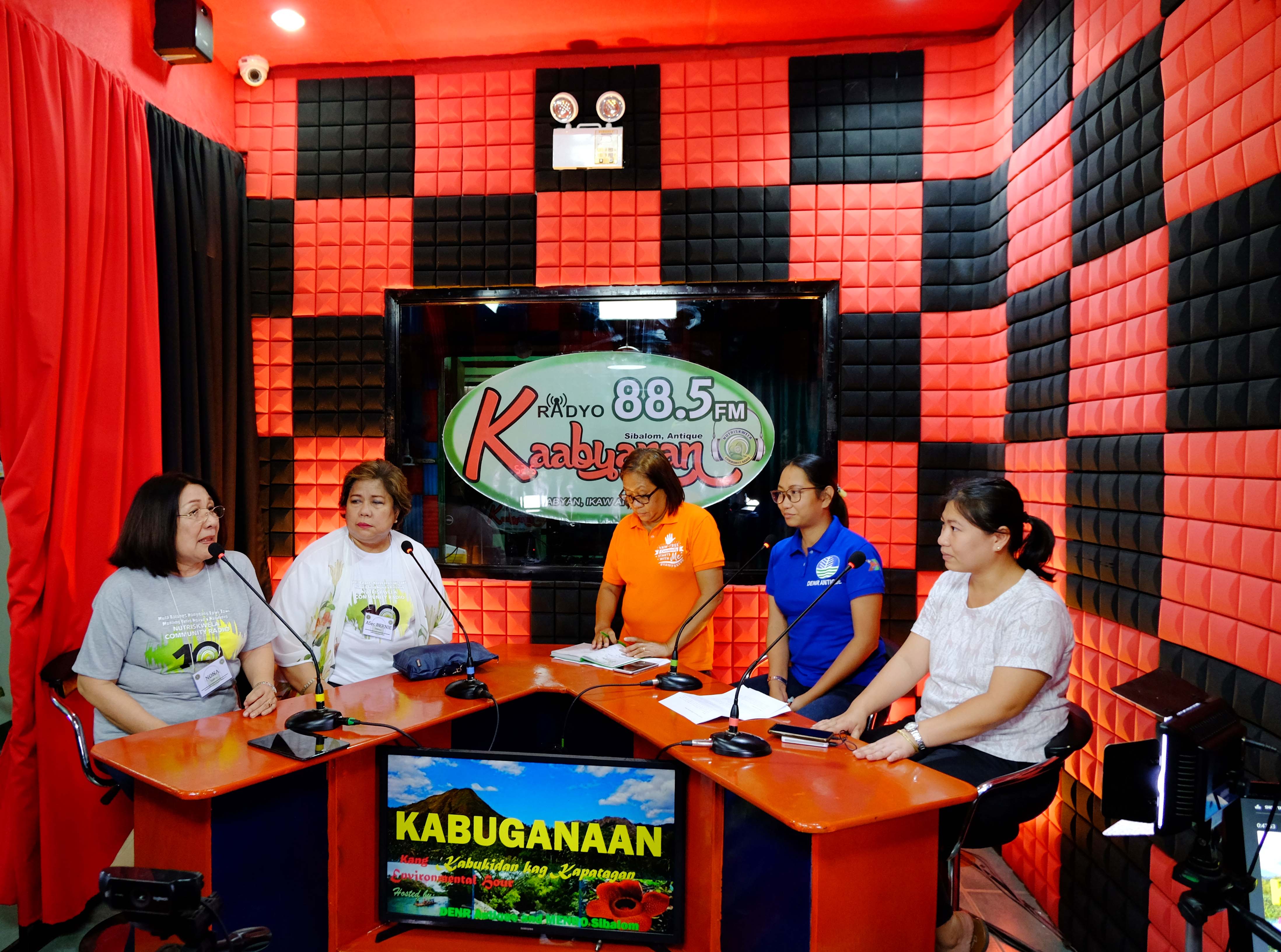 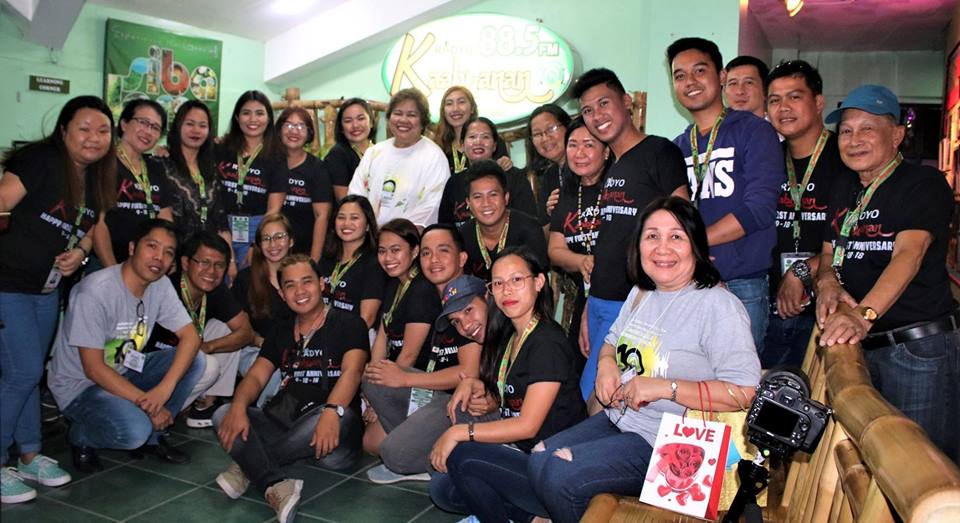 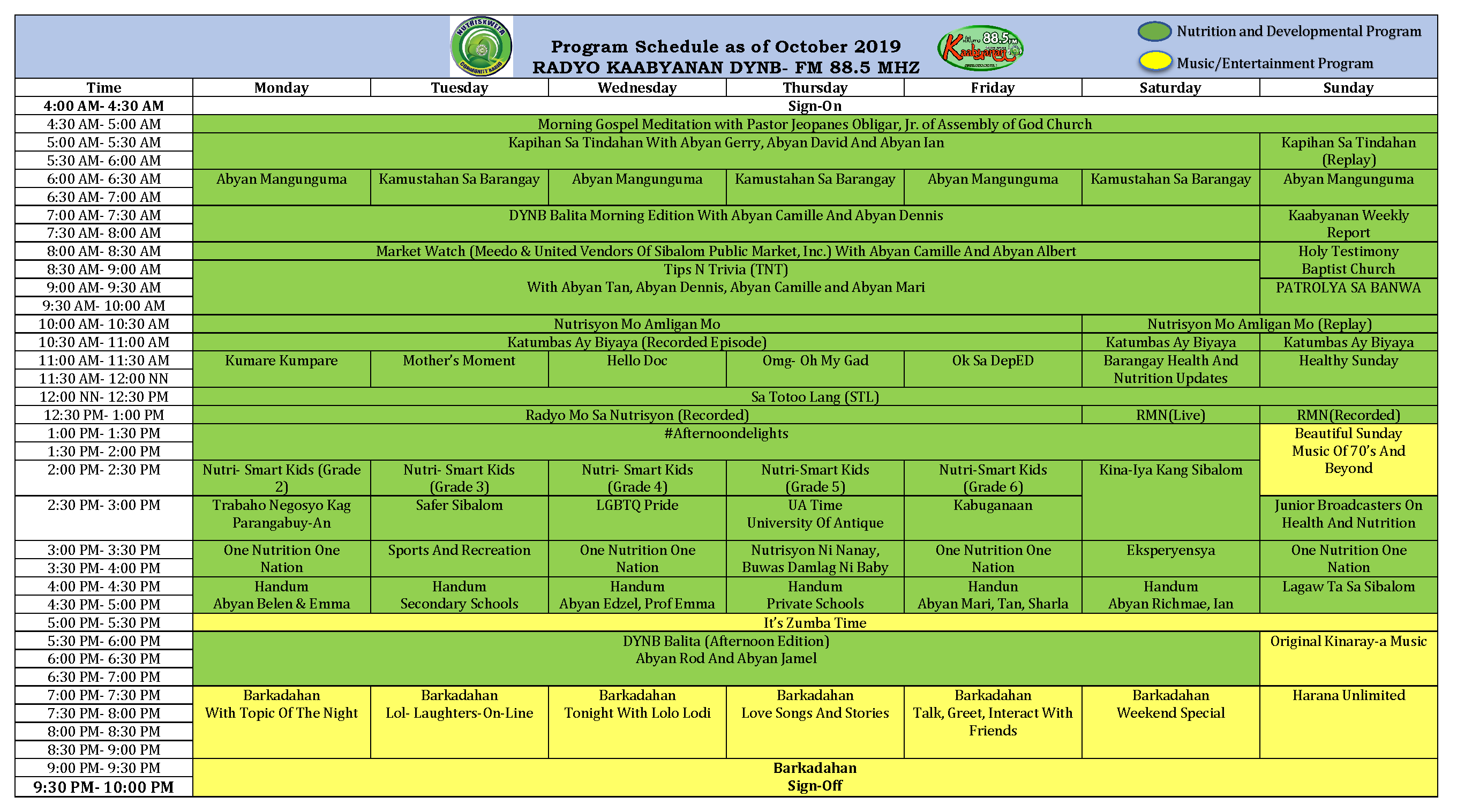 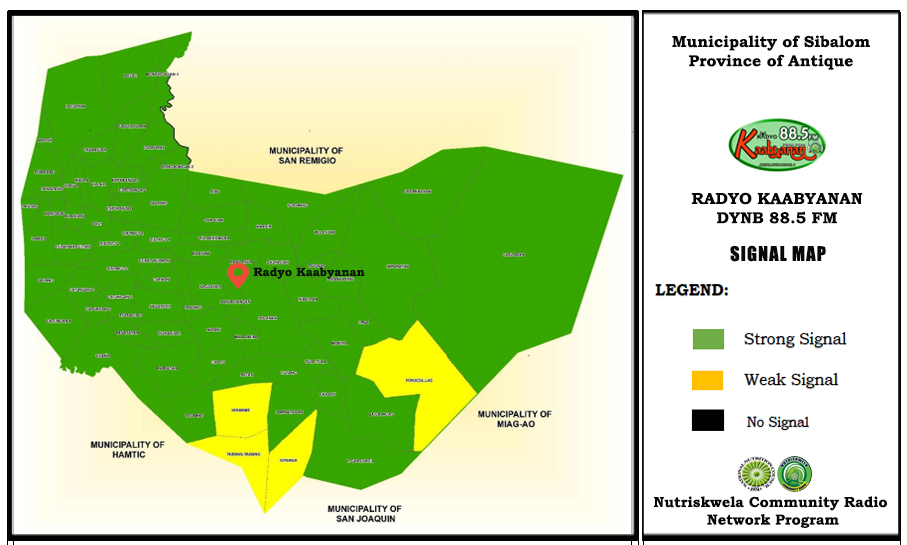