Dingalan is a 3rd class municipality in the province of Aurora. It is composed of 11 barangays.

The 2015 Census of Population conducted by the Philippine Statistics Authority reported that Dingalan has a total population of 25,482 people. This population is distributed over 304.55 square kilometers of land.

Known as the Batanes of the East, Dingalan boasts of resplendent mountain peaks, pristine waters, and beautiful rock formations. The rough shoreline and very high waves of Dingalan makes it attractive to surfers. The town's rock formations are perfect for climbers while caves, such as the renowned Lamao Cave, are perfect for spelunkers.

In 2017, Radyo Kaedup was established in by the National Nutrition Council in partnership with the Municipal Government of Dingalan under Phase V of the Nutriskwela Community Radio Network Program. In the Dumagat dialect, “kaedup” comes from the root word “maedup” which means “mabuhay”.

In 2019, the National Nutrition Council upgraded the transmitter of Radyo Kaedup from 100 watts to 300 watts with  Effective Radiated Power (ERP) of 600 watts. The radio station can be clearly heard in 10 out of 11 barangays of the municipality. 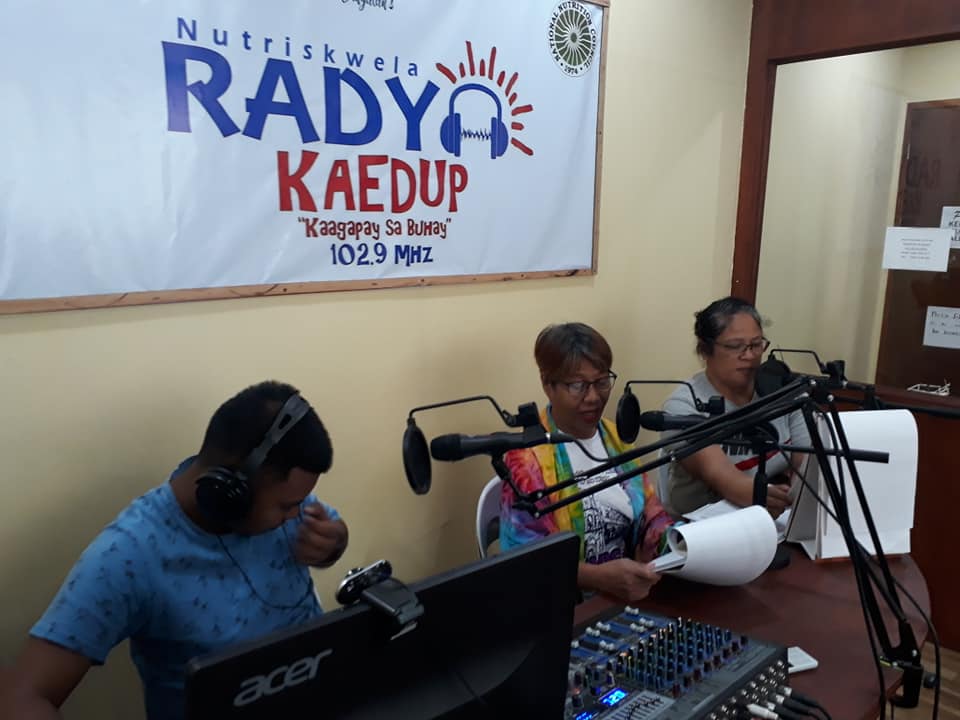 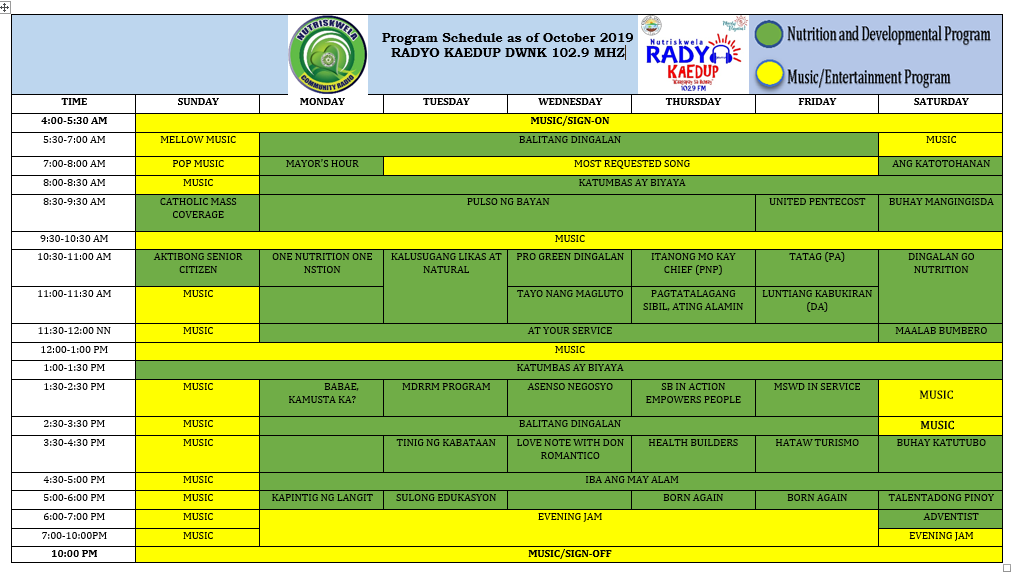 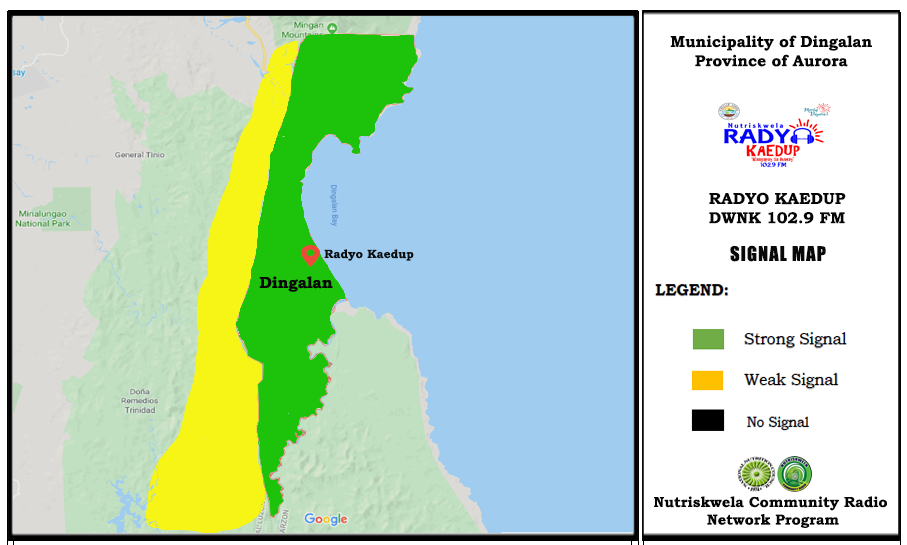