Bauko is a 4th class municipality in the province of Mountain Province. It is composed of 22 barangays.

The 2015 Census of Population conducted by the Philippine Statistics Authority reported that Bauko has a total population of 31,065. This population is distributed over 153.00 square kilometers of land.

The topography of the municipality is generally mountainous, with rolling to very rugged terrain. Bauko celebrates a Begnas Festival for thanksgiving, prayers and merriment before and after palay and other agricultural harvest.

In 2017, Radyo Kataguwan was established by the National Nutrition Council in partnership with the Municipal Government of Bauko under Phase V of the Nutriskwela Community Radio Network Program. “kataguwan” pertains to “livelihood” in the Kankana-ey dialect.

DWNM- FM 97.3 RADYO KATAGUWAN is located at the Ground Floor, Municipal Building, Abatan, Bauko, Mountain Province. It began broadcasting on 17 September 2017. The radio station can be clearly heard in 10 out of 22 barangays of the municipality. 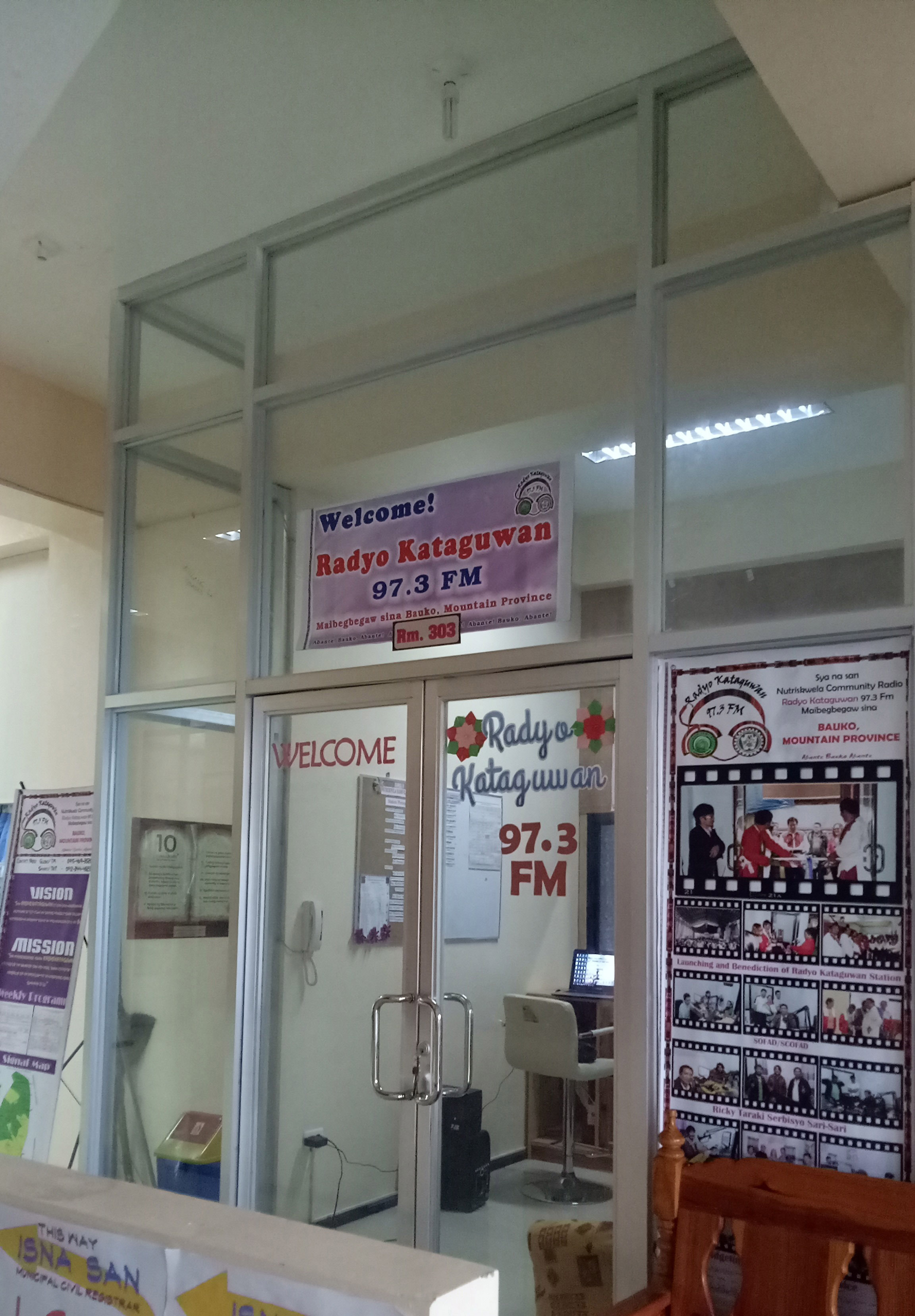 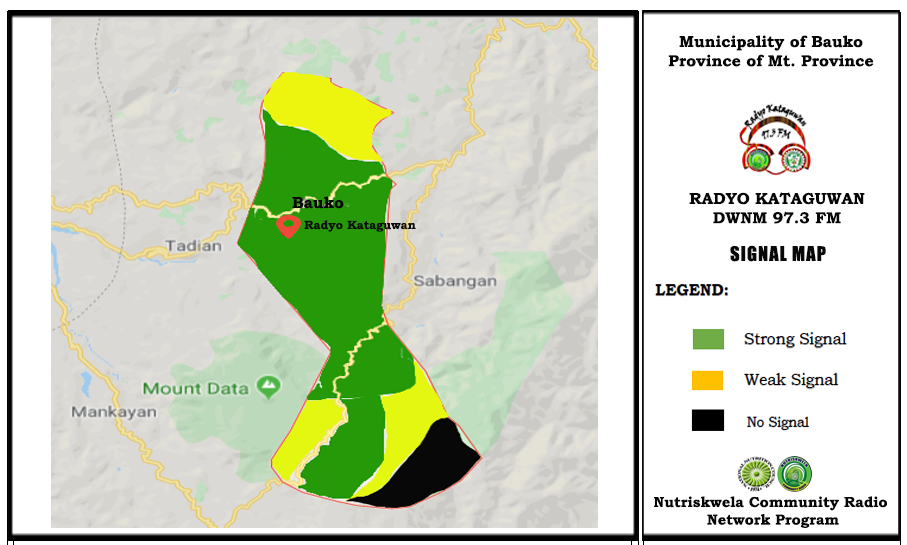