Kalamansig is a 1st class municipality in the province of Sultan Kudarat in SOCCSKSARGEN or Central Mindanao Region. According to the 2015 census, it has a population of 49,059 people.

The main means of livelihood of the people is farming and fishing. The municipality's marine environment is home to various species of marine wildlife and plants, the most important of which is the giant tamilok, the largest shipworm species in the world. The species can only be found within the area, and nowhere else in the world, making Kalamansig an important biodiversity area.

Radyo Kadulangan was established in 2019 by the National Nutrition Council in partnership with the Municipal Government of Kalamansig under Phase VI of the Nutriskwela Community Radio Network Program.

At the time of its establishment, the prevalence of underweight among pre-school children was 68.98% and stunting was 18.35% (2018 Operation Timbang Plus, NNC).

DXAO- FM 92.1 RADYO KADULANGAN started airing on 12 June 2019. The radio station can be clearly heard in 9 out of 15 barangays of the municipality.

Kadulangan is derived from the word ‘dulangan”, which refers to the Dulangan Manobo tribe present in Kalamansig. The Dulangan people are the first group of people to settle in the area, cultivate its land and fish from the nearby sea. 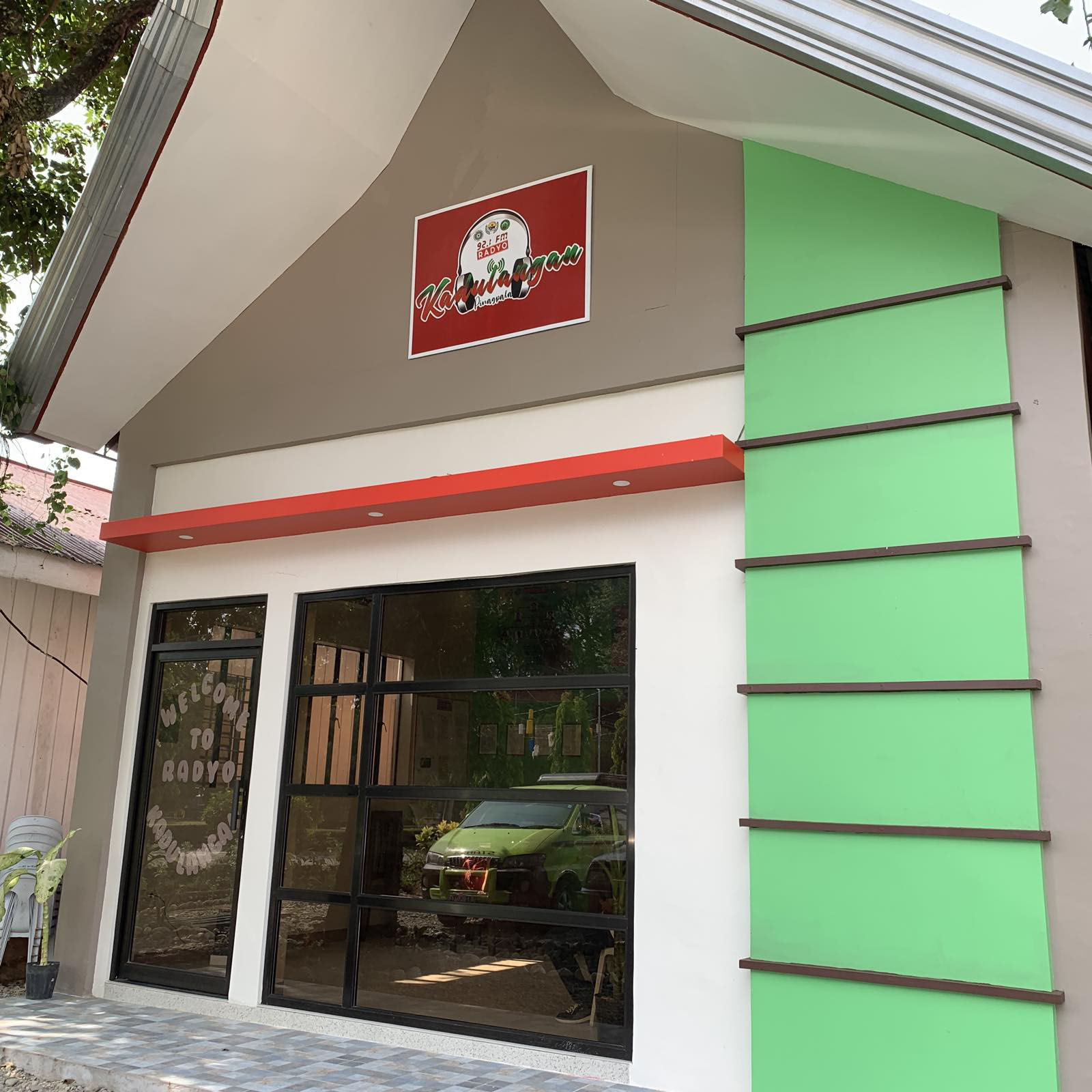 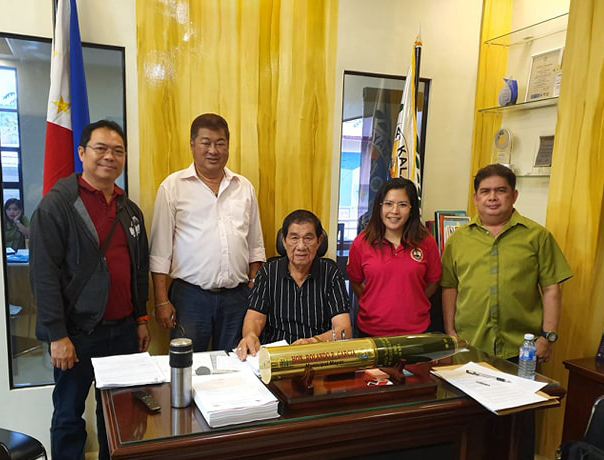 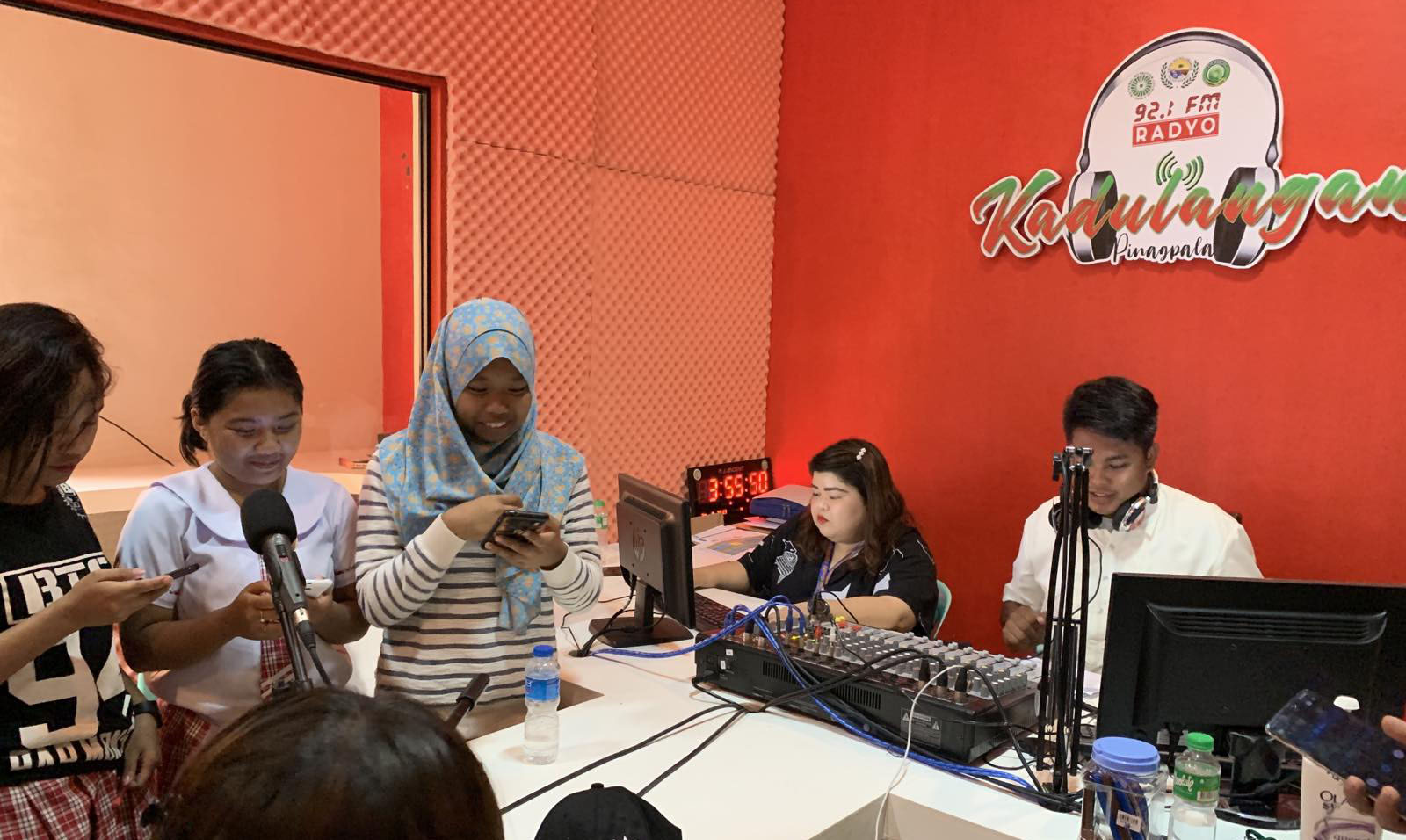 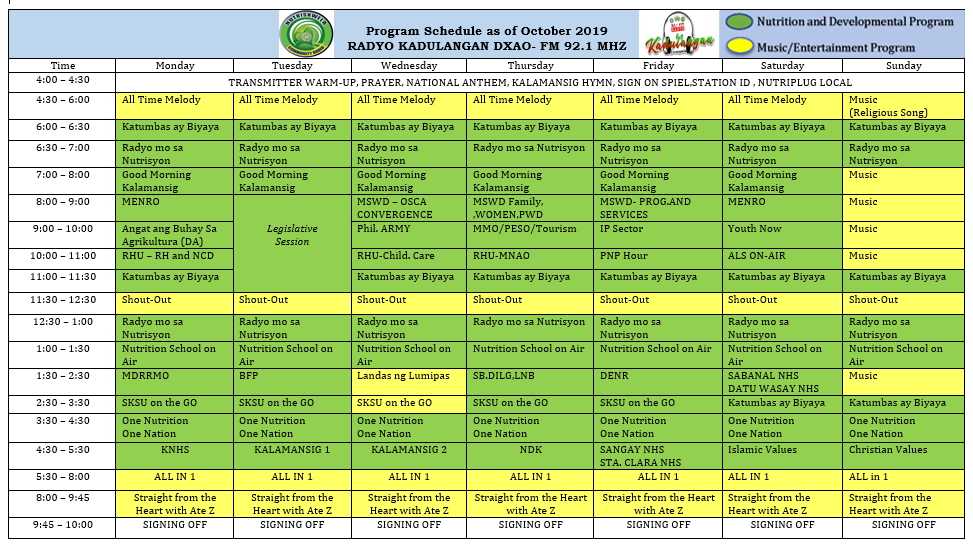 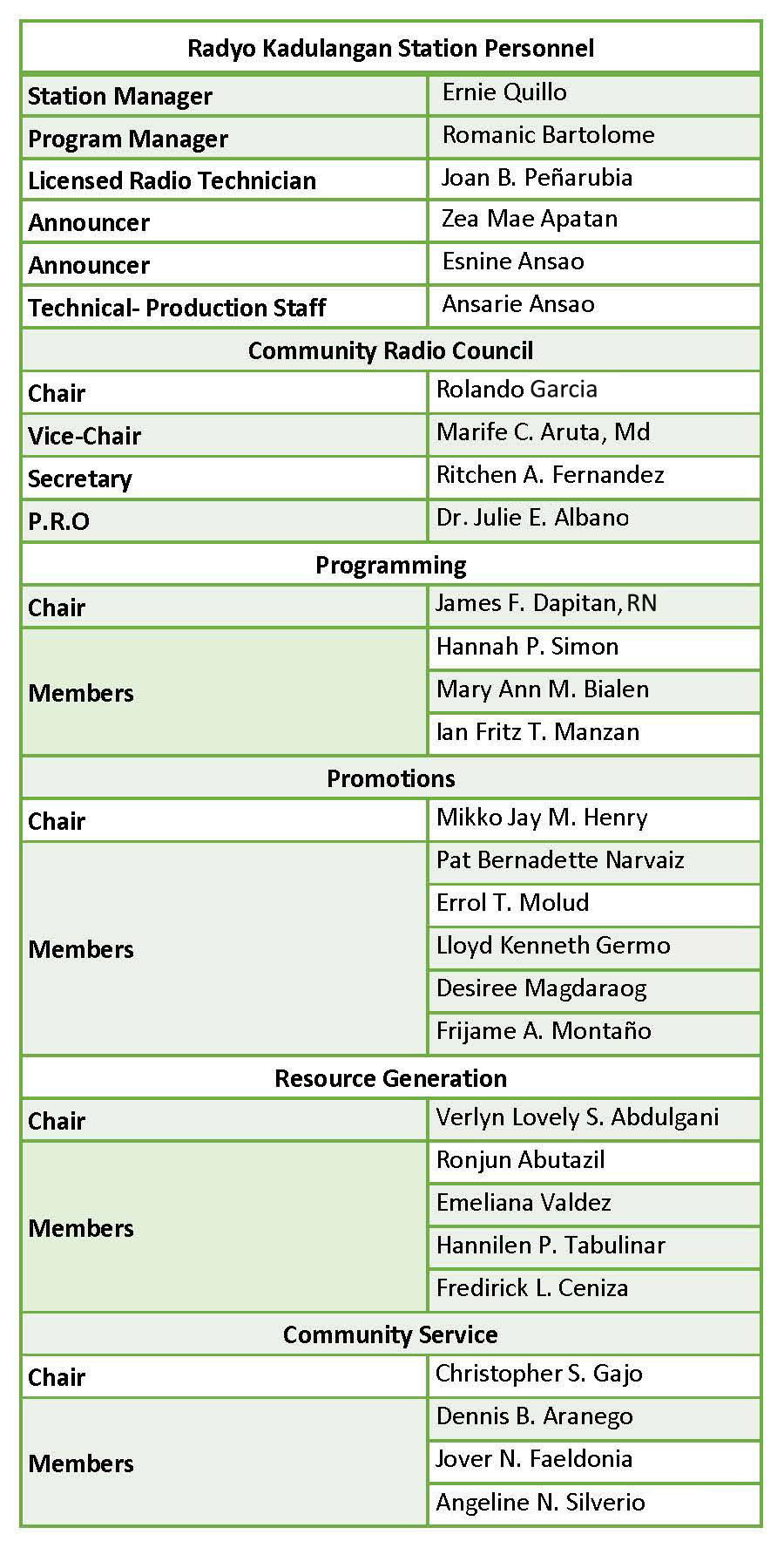