Casiguran is a second-class municipality in the province of Aurora in Central Luzon or Region III.  It has a population of 24,313 people (2015 census) residing in 24 barangays.  The municipality is home to the Amro River Protected Landscape. It preserves the primary water source for agricultural, power generation and domestic consumption of the remote northern Auroran communities.  Casiguran is located 121 kilometres (75 mi) north-east of Baler, the provincial capital.

Nutriskwela Radyo Kawadi was established in 2019 by the National Nutrition Council in partnership with the Municipal Government of Casiguran under Phase VI of the Nutriskwela Community Radio Network Program. The municipality was chosen because of its high prevalence of stunting which was at 15.69% and prevalence of underweight at 9.27% among preschool-age children (2018 Operation Timbang Plus, NNC).

DWNQ- FM 100.7 RADYO KAWADI started airing on 2 July 2019. The radio station can be clearly heard in 24 out of 24 barangays of the municipality.

In the Kasigurani dialect, Kawadi came from the word “wadi” which means brother. 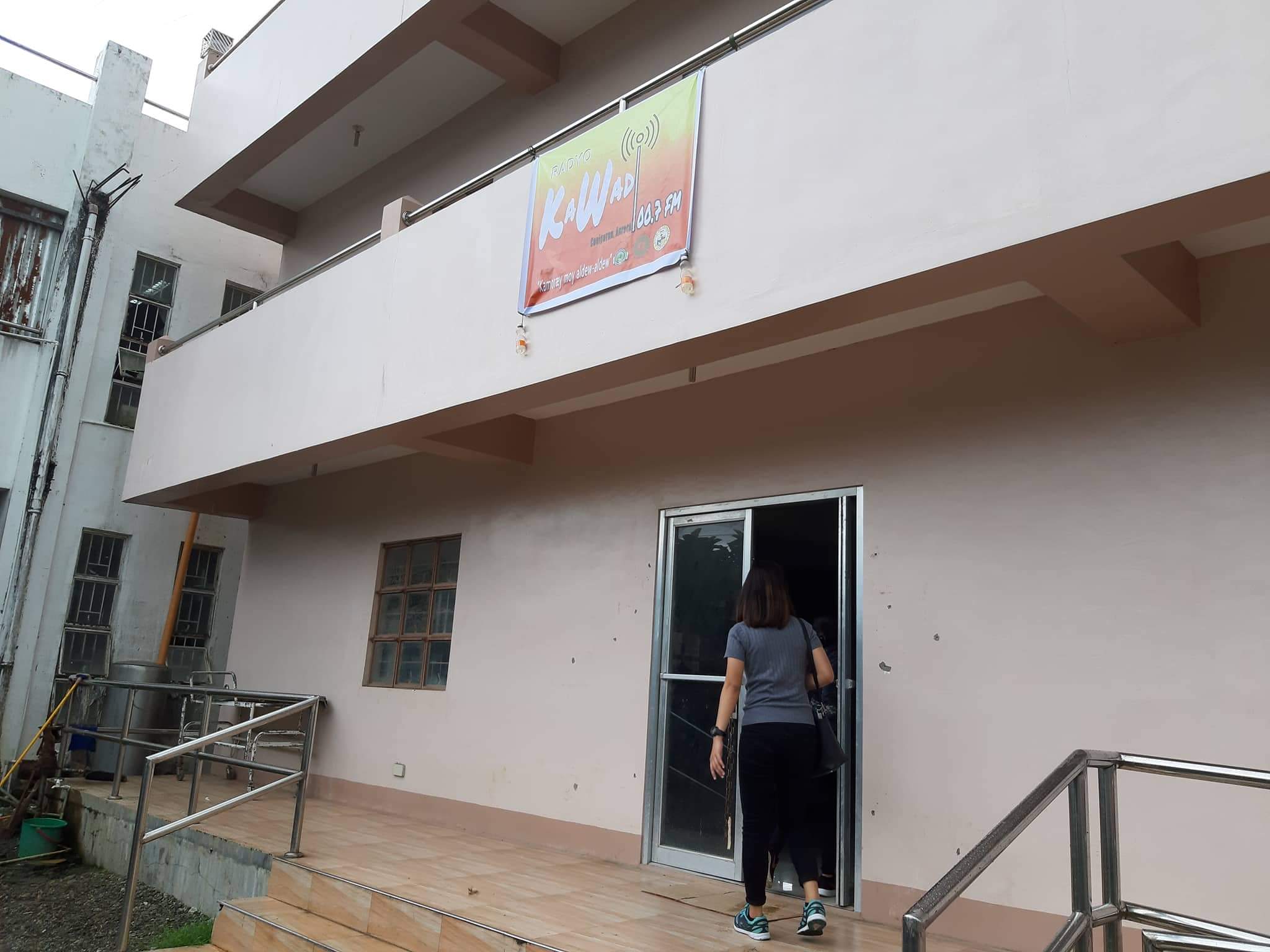 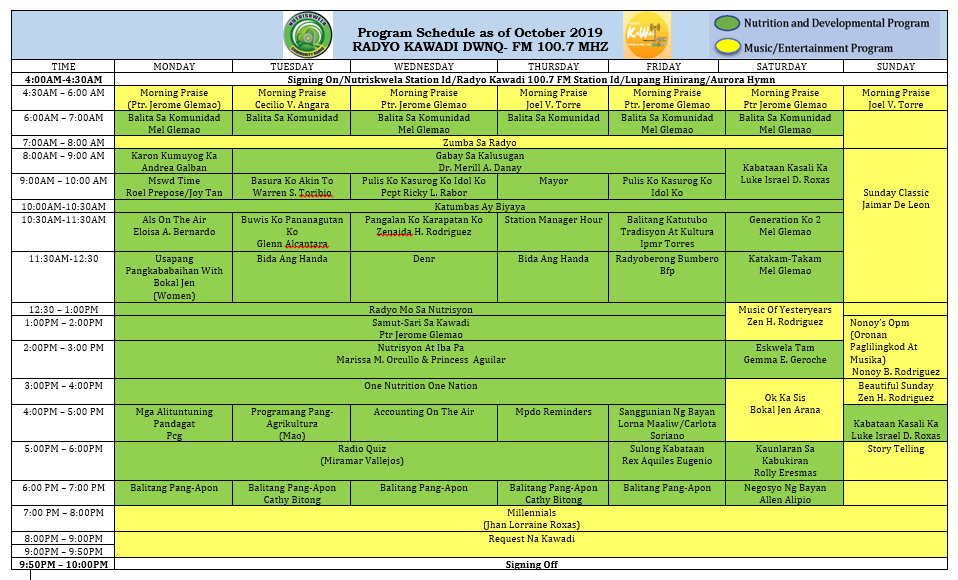 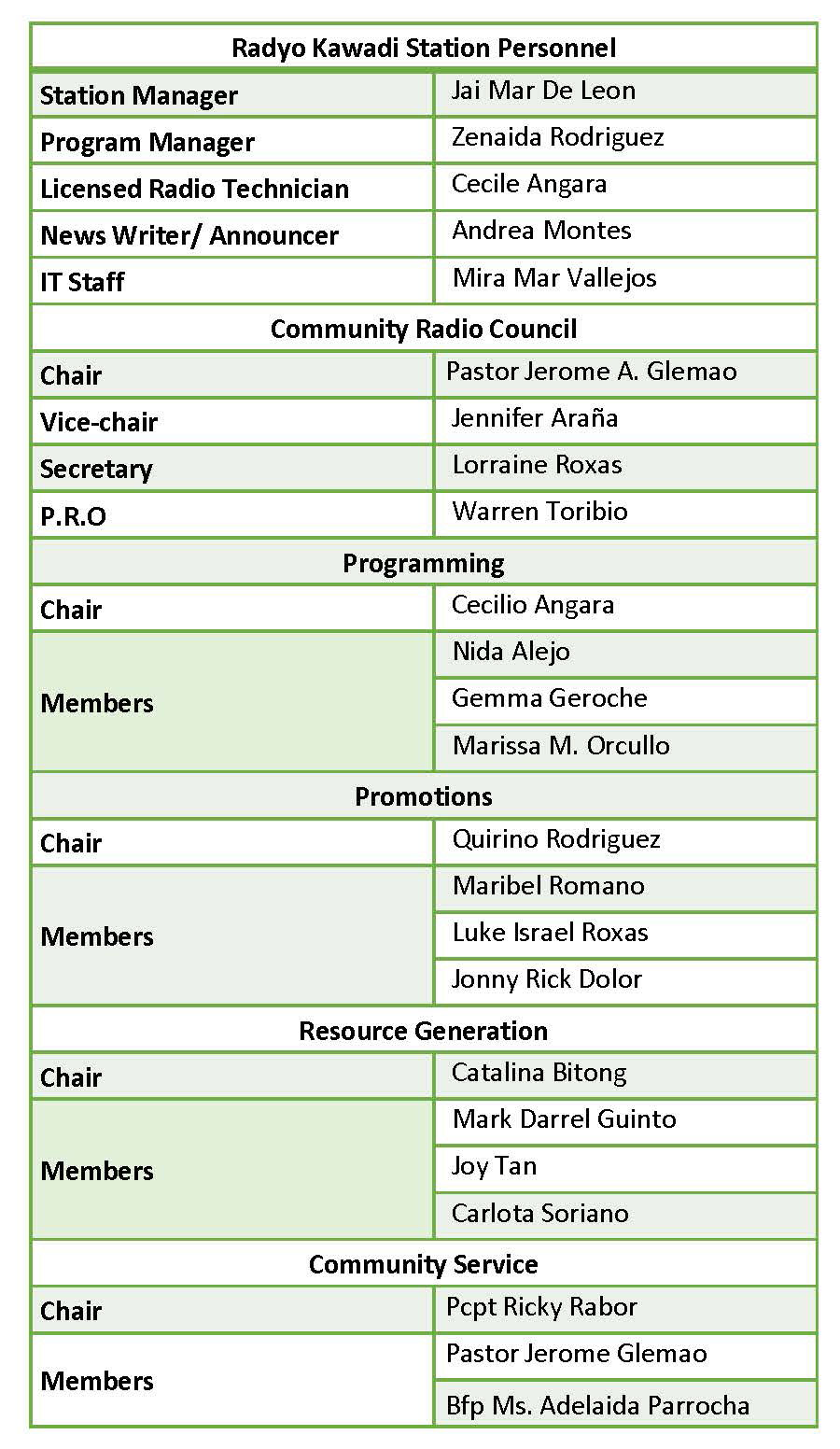