With the theme, “Kalusugan, Kaisipan at Kapakanan ng Bawat Bata Ating Tutukan,” this year’s Children’s Month Celebration focuses more on supporting the mental health and over-all well-being of children amid the pandemic. This year’s theme calls for the public to exert necessary interventions in attaining this goal.

In support to the year’s theme, the National Nutrition Council-CAR in partnership with the Commission of Higher Education-CAR and CAR-Media Educators on Nutrition launched a nutri-jingle video contest for Higher Education Institutes. The theme for the Nutri-Jingle contest “New Normal na Kalusugan ng Bawat Bata Tutukan at Sama-samang Gawan ng Solusyon,” is anchored to the 2022 Nutrition Month and National Children’s Month.

The PPAN or the Philippine Plan of Action for Nutrition 2017-2022 consists of nutrition-specific programs, nutrition-sensitive programs, and enabling programs to ensure positive nutrition outcomes.

Mandatory Food Fortification is one of the impact programs/ nutrition-specific programs of the Philippine Plan for Action in Nutrition. Food fortification is the process of adding vitamins and/or minerals (micronutrients) to foods and condiments, to improve their nutrient content.  It is a long-term solution and most cost-effective strategy in addressing micronutrient deficiencies that has affected a significant proportion of the population and has resulted to catastrophic results in physical, mental, social and economic conditions of individuals, communities and country. 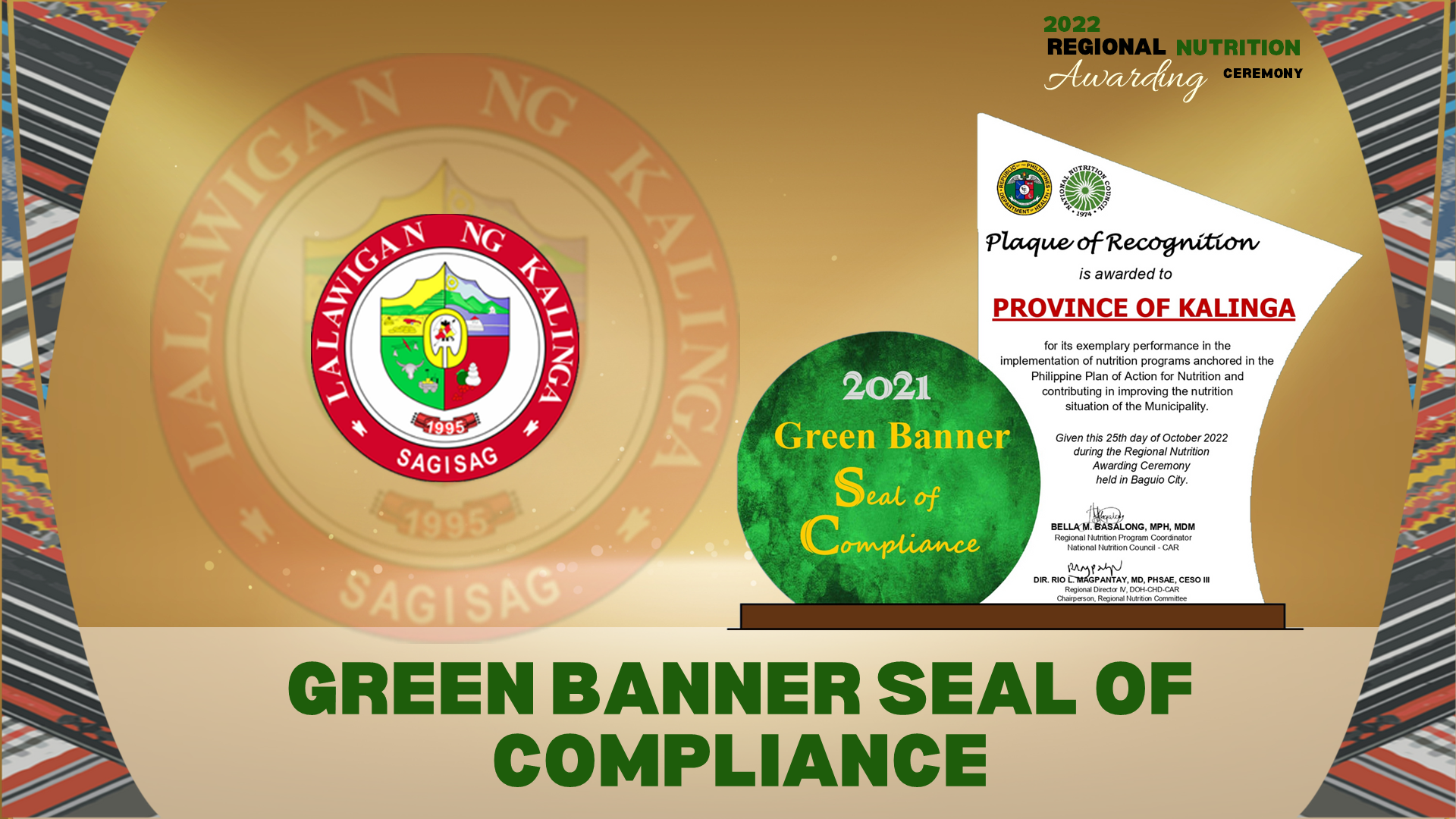 The province of Kalinga lies in the central part of the Cordillera Administrative Region. It has natural panoramic views and scenic spots for tourist destinations. Aside from its natural grandeur, the province has a rich cultural heritage; its music, dances, and arts are passed from generation to generation. Its capital is Tabuk City, the rice granary of the region. Despite this, the province once belonged to the top 20 poorest provinces in the Philippines or the so-called “Club 20”.

Through the brainchild program “Pumiyaan” which addressed socio-economic concerns in pilot towns in the province where the convergence of services by the provincial government and line agencies is implemented, Kalinga graduated from the 20 “Club 20” in 2013. This year became the jumpstart of the economic developments of the province like the infrastructure development, among others.

However, there are other areas of concern such as the malnutrition prevalence in the province that needs to be addressed and curtailed using effective agriculture-nutrition-sensitive interventions. First is stunting, an indicator of chronic malnutrition when a child's height is short for his/her age under the World Health Organization-Child Growth Standards (WHO-CGS). From 2017-2019, Kalinga has one of the highest numbers of stunting in the region. Despite the challenges brought about by the COVID-19 pandemic, the provincial government responded well and remained  steadfast. 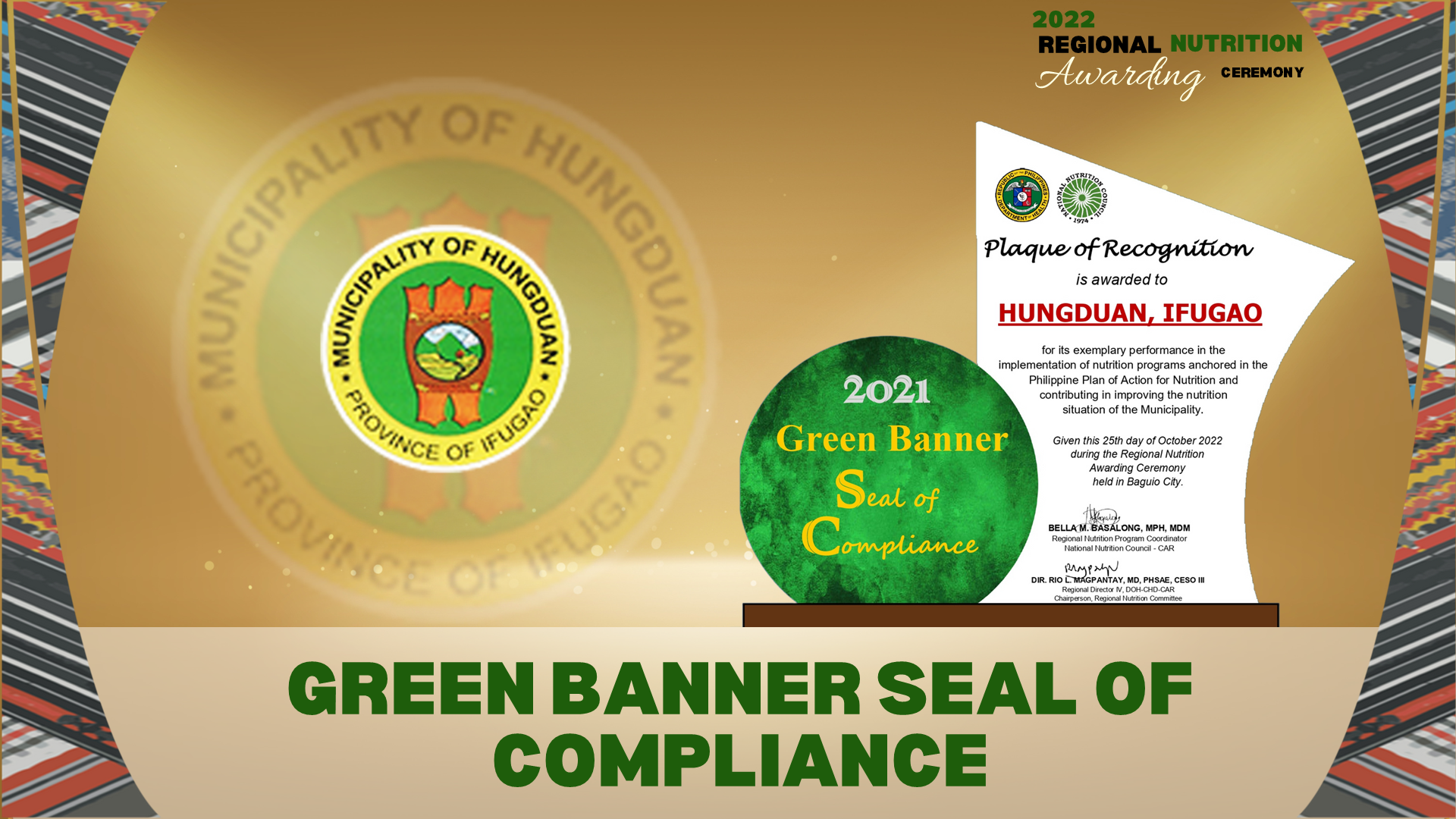 Hungduan, Ifugao is a fourth-class municipality with a projected population of 10,051 ,and the poverty incidence is high. Farming rice terraces and small-scale vegetables is the primary source of living of the populace. However, natural disasters that eroded massive soil and depleted forest water supply affected the people's livelihood, forcing them to look for other jobs outside the municipality and worse, migrate. In addition, health and nutrition are compromised. 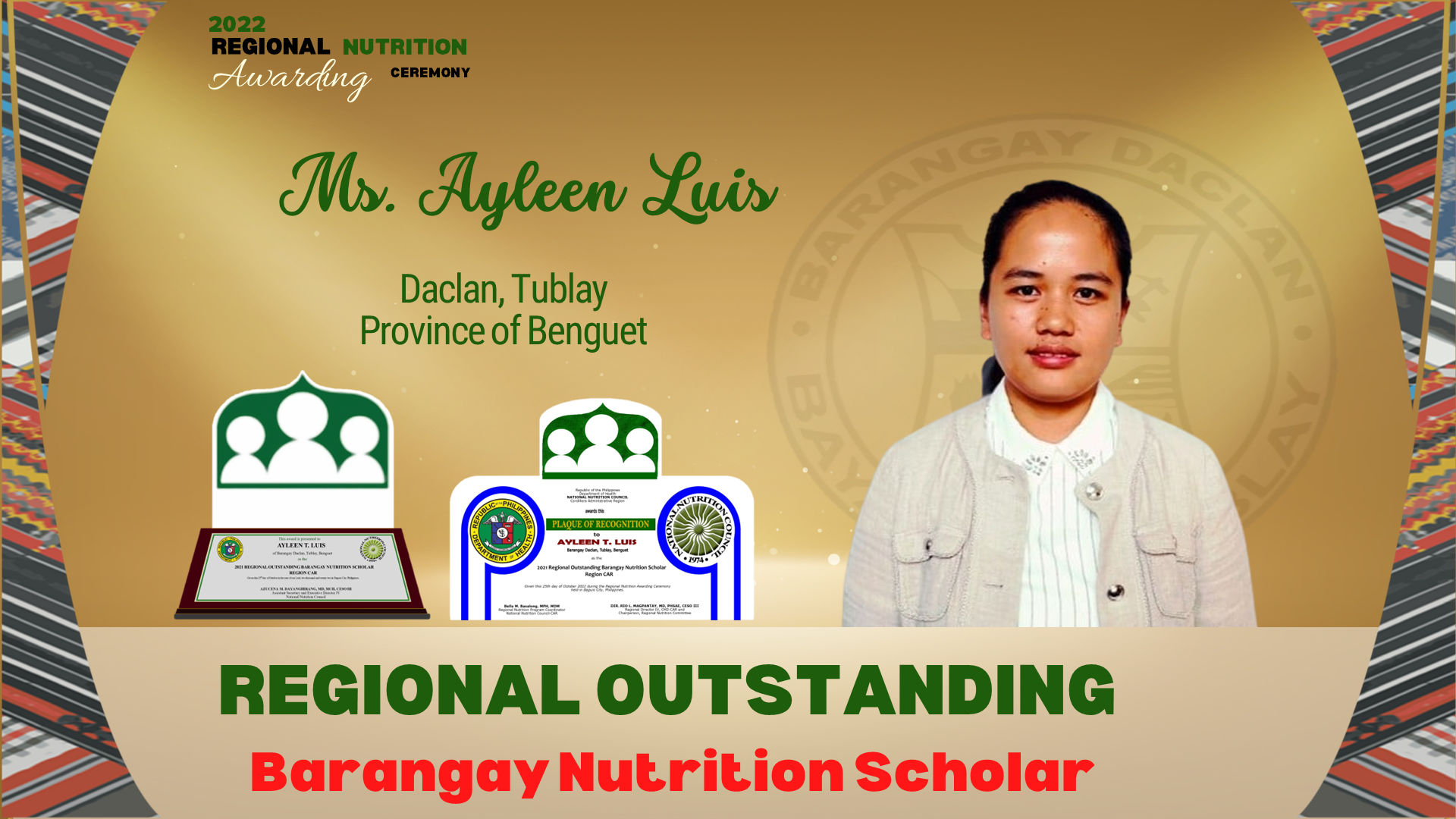 It is hard to find time to volunteer in this world full of hustles, but its benefits can be even greater for one as a volunteer.

Ms. Ayleen T. Luis’ journey as a Barangay Nutrition  Scholar (BNS) of Daclan for almost four years taught her a lot and it helped her in many ways. During her first time as a BNS, she struggled to interact with the people in the community and work as a volunteer. But as time went by, it made her realize that volunteering does not only help others or the community.  It also helps oneself. Being a BNS honed her physically and mentally. She learned how to interact and communicate with different people with different personalities; became more self-confident; gained more knowledge and skills especially about nutrition through activities, seminars, and pieces of training; and developed her skills in documentation and record keeping. Most of all, it makes her happy because she has an opportunity to serve and is able to share God’s Word with her community. 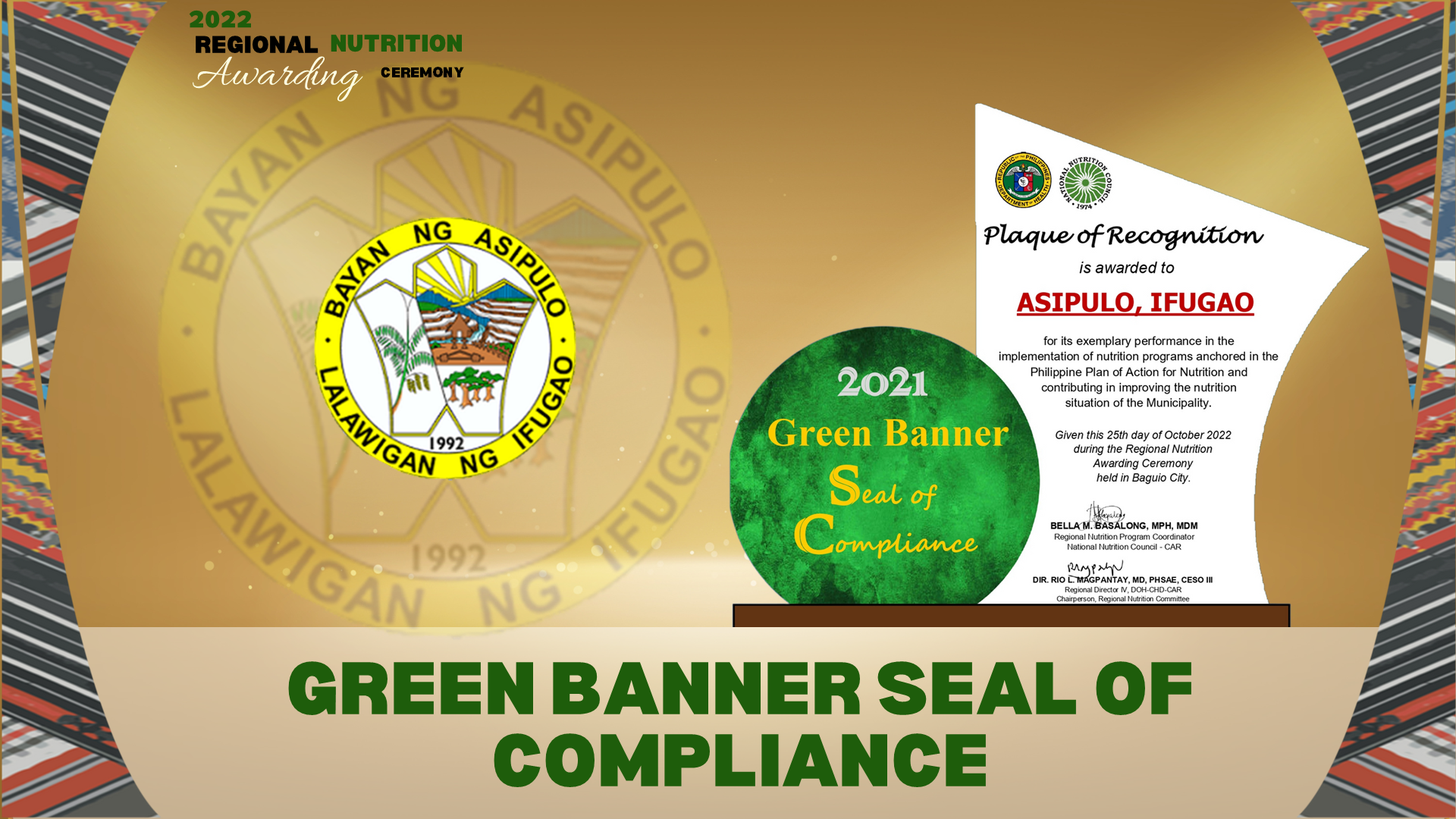 Asipulo, a fifth-class municipality in the province of Ifugao, became separated from Kiangan in July 1992 by virtue of Republic Act 7173.  Before this, Asipulo was considered a far-flung area, thus, it was neglected, and services did not reach the place mainly because it was only accessible by a mountain trail. Fortunately, the municipality adopted the organizational structure for nutrition implemented by Kiangan and continued the implementation of national initiatives such as weighing children (i.e. Operation Timbang) and counseling pregnant women and mothers. However, activities to build the capacities of Barangay Nutrition Scholars (BNS) in weighing, reporting, and documentation were limited due to the unavailability of some equipment.

Sometime later, the Municipal Nutrition Committee (MNC) was organized, but it stayed largely non-functional. Member agencies (e.g. agriculture, health, social welfare) were focused on their sectors. No one wanted to assume the post of Municipal Nutrition Action Officer (MNAO) because the municipal staff were still learning their sectoral programs and saw nutrition as an additional task. Barangay chairs and officials thought that their roles were limited to maintaining peace and order only while the Barangay Nutrition Scholars (BNS) only complied with reportorial requirements on the children they weighed and visited some mothers but more active involvement had to wait for the turn of the century.