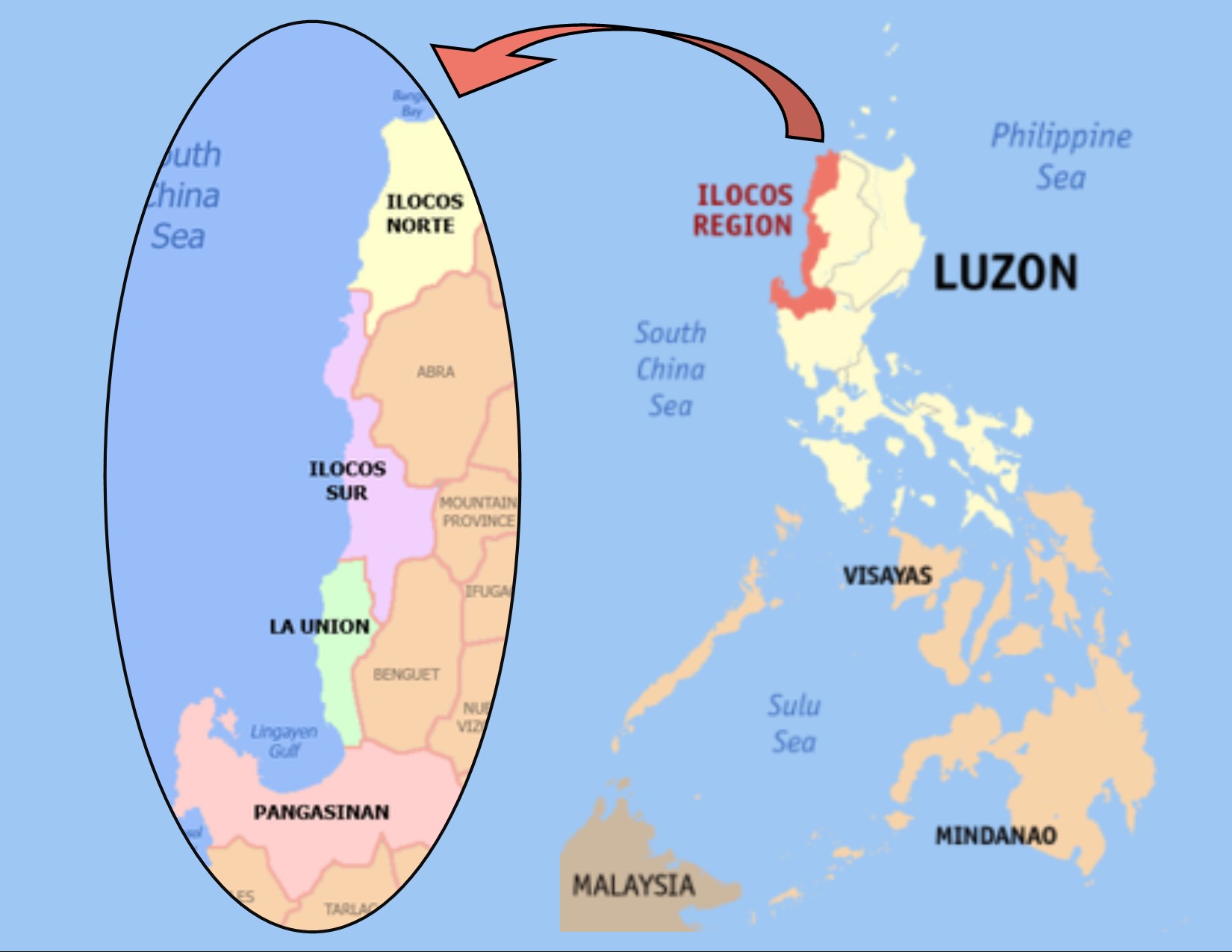 Ilocos region or Region I (Ilokano: Rehion ti Ilocos, or Deppaar ti Ilocos; Pangasinan: Rihiyon na Sagor na Baybay na Luzon) of the Philippines is located in the northwestern region portion of Luzon. It is bounded by the Cordillera Administrative Region and Cagayan Valley to the east, Central Luzon to the south and by the South China Sea to the west.

Region I occupies the narrow plain between the Cordillera Central mountain range and the South China Sea. It also occupies the northern portion of the Central Luzon plain, to the north-east of the Zambales Mountains.

Lingayen Gulf is the most notable body of water in the region and it contains a number of islands, including the Hundred Islands National Park. To the north of the region is Luzon Strait.

The Agno river runs through Pangasinan and empties into the Lingayen Gulf. The river flow into a broad delta in the vicinity of Lingayen and Dagupan City. 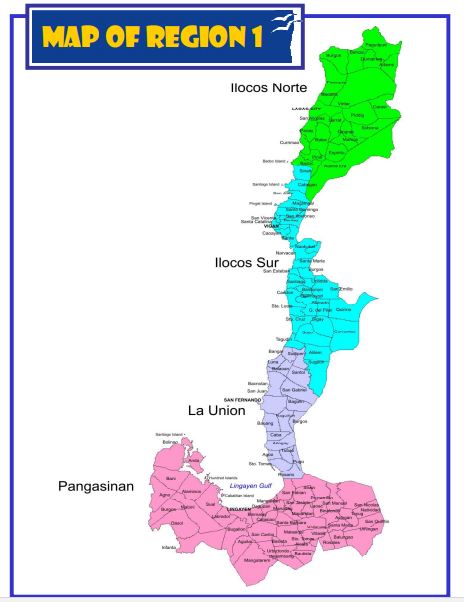