Tutok Kainan Kicks Off in Cagayan and Isabela! 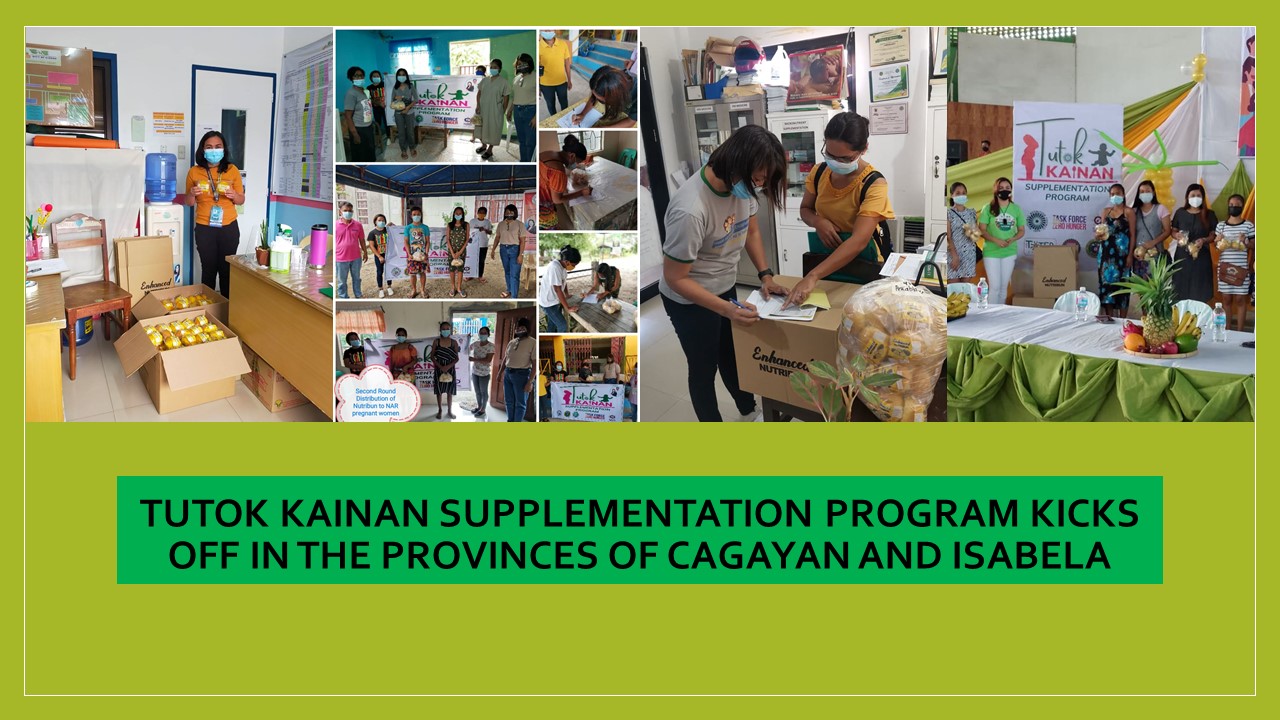 Enhanced nutribuns will be given to the pregnant mothers for the first and third month of the implementation of Tutok Kainan. For the second month, hot meals will be provided to the pregnant beneficiaries. Fresh farm produced will be delivered to the LGUs by selected Agrarian Reform Beneficiaries Organizations and the local government units will take charge in the preparation of the viands. Menu includes sweet and sour pork, chicken tinola, inihaw na bangus, pan fried chicken, tuna guisado, and menudo among others. The supplementation aims to add 500-700 kcal with 15-20g of protein to the usual diet of the beneficiary. All viands will be served with iron-fortified rice.

To kick off the program in their respective LGUs, several LGUs launched the program and invited LCEs, LNC members and were joined by pregnant beneficiaries. Other LGUs had simultaneous delivery of enhanced nutribuns to the beneficiaries with the assistance of  barangay nutrition scholars and other barangay volunteers while conducting home visits and providing other health and nutrition services.

Tutok Kainan Dietary Supplementation Program for Pregnant Women is a program of IATF on Zero Hunger, Department of Health, Pilipinas Kontra Gutom Movement and National Nutrition Council. The National Nutrition Council, as one of the members of IATF on Zero Hunger is tasked to coordinate with LGUs for the implementation of the said program. – Edzell Arcinue