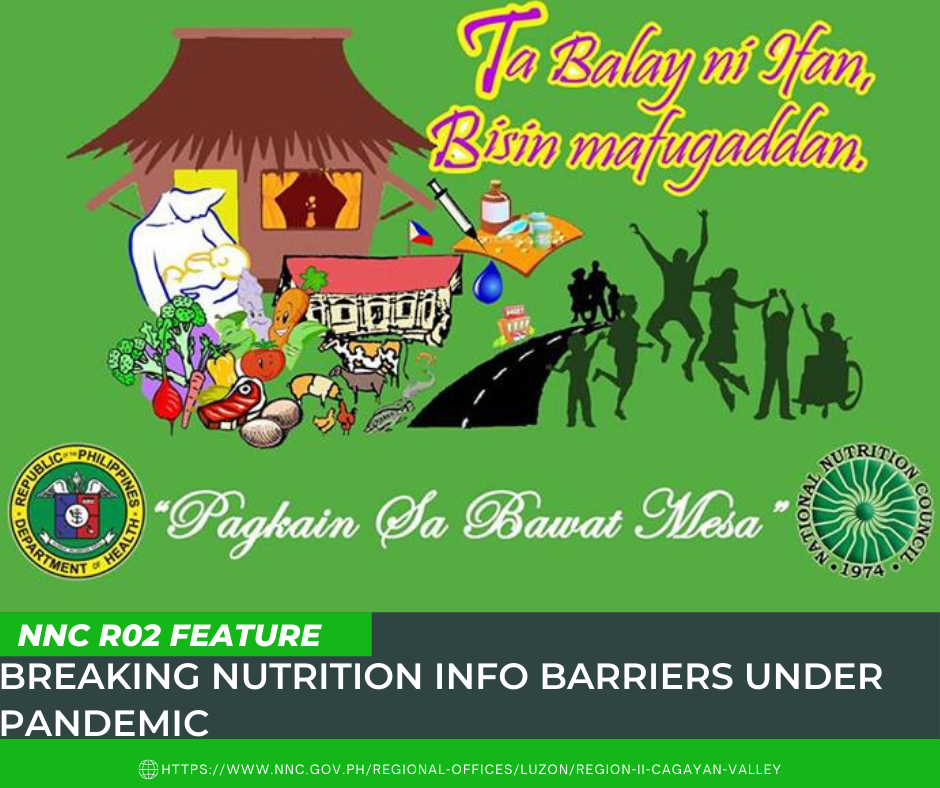 When a media man posted a video   munching with gusto five varieties of Hibiscus flowers, it sent shock waves to most netizens. Why on earth didn’t they know that Hibiscus flowers could be eaten?

Most of those who saw the video, now trending of social media, said they will try it too, over mayonnaise or any dip they prefer. In fact, the video merited a front page space over Manila Standard.

That video alone has sent hundreds of people googling on health and nutrition benefits of blooms as they never did before. On hindsight, the information became relevant and timely as people  began to realize the values of flora species.

It was nutrition information.

Such is the role of the media on nutrition dissemination as the pandemic rages on. As soon as the virus emerged in Wuhan, Hubai, China on December of 2019 and declared as pandemic on January 20, 2020, all platforms on social media went to work if only to provide necessary and relevant information to the public.

To members of the Fourth Estate, particularly members of the Balay Ni Ifan Media Task Force of the National Nutrition Council in region 2, it was a challenge because nutrition information could be one area where at times, the general public simply took it with a shrug.

But the pandemic created a public health concern and under such situation, they now wanted more information to keep them healthy. They knew that by eating the correct food to maintain body resistance against the virus.

Since the pandemic, there has been a noted 87 percent  increase in social media usage by the people hungry for nutrition information as professional and personal lives have been disrupted, according to web page  ncbi.nim.nih.gov.

To the members of the Balay Ni Ifan media group, they believe nutrition data and information are critical to  determine nutritional status of the populace. However, unlike mainstream media where some information are at times spooky, nutrition information should be relevant and accessible as it serves as valuable analysis and a contributing factor in the context of Covid19 situation.

“People has suddenly took a new view on the  importance of nutrition during pandemic and we are too willing to share,” a member of the media group said.

The nutrition council in the region has long recognized the role of the media and the establishment of a special group  like the Balay Ni Ifan has somehow broke the information barriers the giver and the recipient.

Other members of the media claim that relevant information during the pandemic  can change the diet of a person, maybe even his entire physiology, so as to heal.

While the media have been into it for as long as they remember, the pandemic poses an exciting challenge on their roles. They know they have a responsibility to the public as health and nutrition  information for the people  play a significant role in the seemingly endless war on a virus, now deadlier than ever with more variants coming.