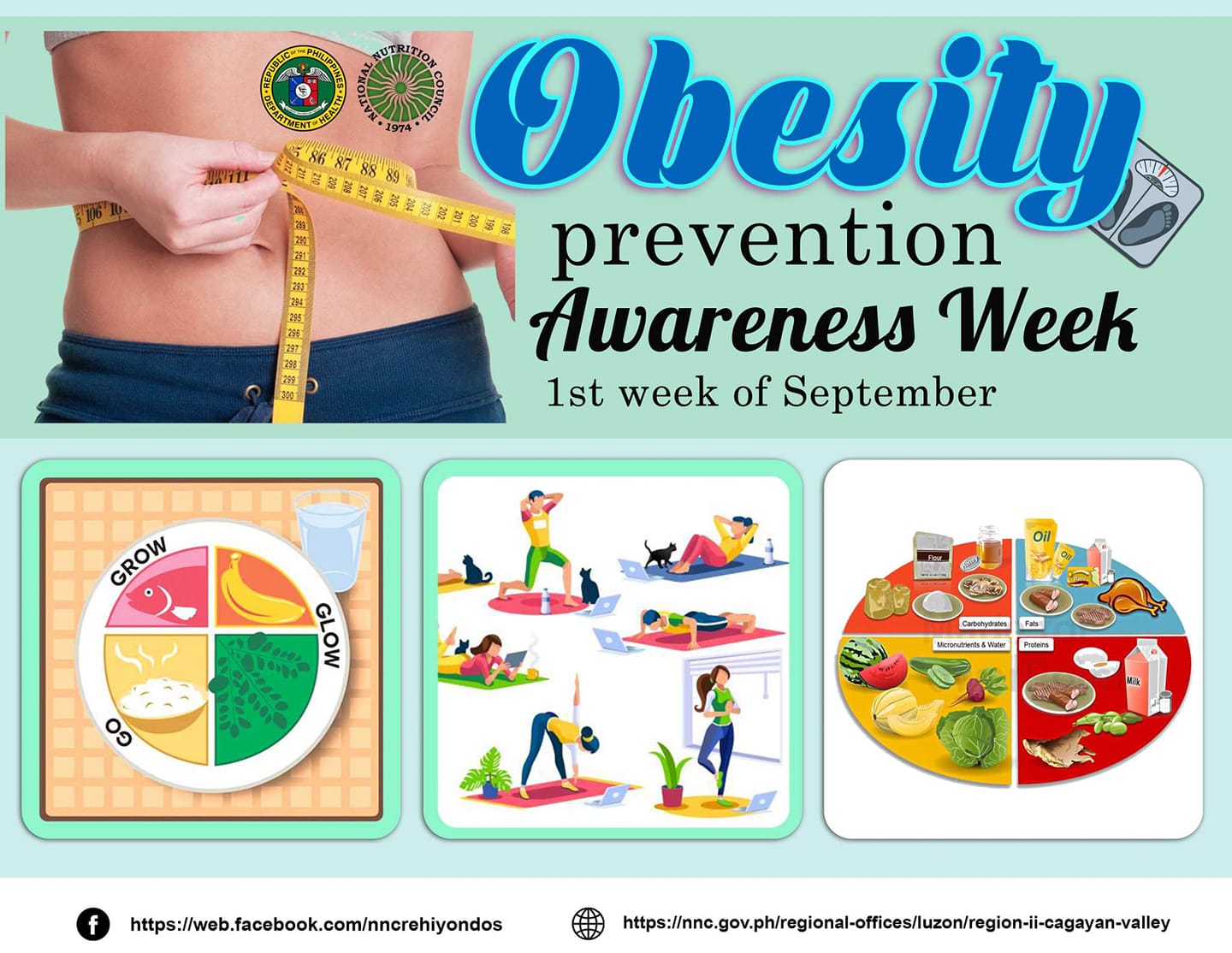 As early as in the Third Grade, Georgina, now a 39 years old secondary school teacher  nearly  lost her  self-esteem and only gained it when she  reached  second year in high school. Reason? She was obese and was bullied by neighbors and schoolmates. She has been called by many names.

Two months before entering secondary education, she cried for help and said she was willing to cooperate if only for her own sake. When she reached her last year, former teachers and classmates in the grades could hardly recognized her.

In 1999, then- President Joseph Estrada signed Presidential Proclamation No. 162 as Obesity Prevention Awareness Week, first week of September every year.  This year’s worldwide theme for the 2022 campaign in the 3rd Unified World Obesity Day is ‘Everybody Needs to Act.’

The celebration was established by World Health Organization in 2015 as an annual campaign ‘with the goal of stimulating and supporting practical actions that will help prepare and reverse the global obesity crisis.’

Obesity is the excessive accumulation or abnormal fat that presents a risk to health. The UN body reported that obesity has nearly tripled since 1976. In 2016, more than 1.9 billion adults were overweight while 850 million were obese.

Formerly a problem of middle- income countries, the health issue is now on the rise in poor and middle countries, particularly in urban setting. Obesity, according to experts, is the result of energy imbalance between calories consumed and calories expended.

Oftentimes, the urban poor could hardly afford adequate diets for their families, the World Food Programme reported to the World Bank.

Children,  whose intake of foods with high fat and sugar and with limited physical activity, if at all, are at risked to consequences of cardiovascular diseases, diabetes and  some forms of cancer.

In the Philippines, DOST- Food and Nutrition Research Institute said the rate of increase in adult obesity recorded a rapid growth between 1995 to 2005. It said obesity prevalence is predicted to reach 18 percent in men and surpass 21 percent in women.

However, the good news is obesity or underweight can be largely preventable.

Nutritionist-Dietitians insist that healthy eating should start in children. They advised parents for their children to increase fruit and vegetable consumption and encourage them to engage in physical activities.

Dr.  Patrick Y. Siy, Endocrinologist at Cardinal Santos Medical Center observed that Filipino diet has always been carbohydrates-based as they usually indulged in excessive intake of rice and sugar-based beverages.

Meanwhile, the National Nutrition Council in Cagayan Valley, Philippines credited the support of local government units and other stakeholders for their continuing programs and projects toward the reduction of obesity, overweight and other forms of malnutrition.

NPC Maria Gisela Lonzaga of NNC Region II was happy to share that LGUs have interventions to address the problem of overweight and obesity like the establishment of children’s playground, biking/jogging lanes, gyms and even organized sports fest, Zumba class and other related activities to encourage physical activity among its populace.  Further, she said that there are also LGUs that are serious in providing healthy food environment and conduct massive information campaign on overweight and obesity.

“It is only thru cooperation of all stakeholders can we fight these health problems in our midst,” Quirino Governor Dakila Carlo Cua said in July during the nutrition month celebration this year.

Like Georgina, it is important that ‘everybody needs to act.’