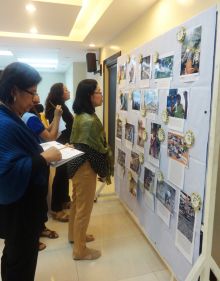 “We (Filipinos) are known to be tough and determined to survive. Preparedness is an important factor during news outbreak on storm signals. We believe that hunger and malnutrition can be prevented despite natural disasters coming our ways.” – Diane B. Fabicon, 14 years old

As part of NNC-MIMAROPA’s Nutrition Month Celebration, a Digital Photo Competition was organized which aimed to depict the theme of the 2014 Nutrition Month, “Kalamidad Paghandan, Gutom at Malnutrisyon Agapan!” and serve as a campaign to promote awareness on the importance of preparedness in the prevention of hunger and malnutrition in times of disasters and calamities.

Winners of the Digital Photo Competition were notified via phone and prizes will be delivered via courier.