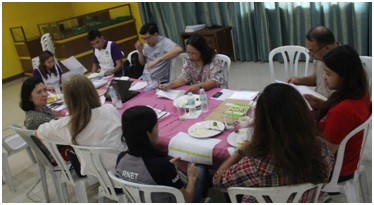 The scores of the contenders from across the Mimaropa region were reviewed thoroughly by the team. Each contender’s strong points and areas for improvement were also discussed as part of the deliberation. At the end of the activity, the team approved the list of the winners for endorsement to the Regional Nutrition Committee.

The evaluation period for this year lasted from April up to June 2016. Various teams composed of different agency members of the RNET traveled to the 5 provinces and 2 cities in the region to appraise the performance of each contender.

On the other hand, the deliberation for the Monitoring and Evaluation of Local Level Plan Implementation (MELLPI) is set on 26 July 2016, after the completion of the remaining evaluation in Oriental Mindoro. The said nutrition champions will be recognized and be given their awards during the Regional Nutrition Awarding Ceremony set in August 2016.