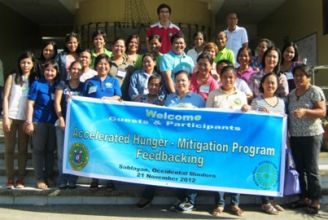 In the end, the feedbacking provided learning to the participants. The participants then assured NNC to translate these learning into concrete actions for the improvement of the implementation of AHMP-PGN. 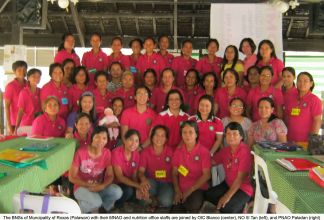 The National Nutrition Council-MIMAROPA Region conducted “One-Day WHO Child Growth Standards trainings” in 7 municipalities of MIMAROPA included in the top 100 municipalities with highest Malnutrition Prevalence Rate (MPR) in the Philippines, based on 2011 Operation Timbang Results. The MPR and position of the municipalities in MIMAROPA are listed below.

The training was intended for participants to be equipped with the following skills:

1.Use of the Early Childhood Care and Development (ECCD) Card

2.Recognizing the signs of severe acute malnutrition characterized by marasmus and kwashiorkor

3.Measuring and recording the child’s weight and length or height

5.Interpreting the growth pattern of the child

The said trainings were attended by health workers (Nurses, Midwives, BNSs, and BHWs). Ms Eileen B. Blanco, OIC-RNPC and Mr. Frederich Christian S. Tan, NO III of NNC–MIMAROPA Region; and Provincial Nutrition Action Officers (PNAOs) and Municipal Nutrition Action Officers (MNAOs) from respective localities, provided the technical assistance to the seven municipalities included in the top 100 with highest MPR in the year 2011. Given emphasis on the trainings were on how to accurately compute age in months, and accurately measure height/length and weight.

PROMO Nutri Com: The Local Media Group of the MIMAROPA Region for the Promotion of Good Nutrition 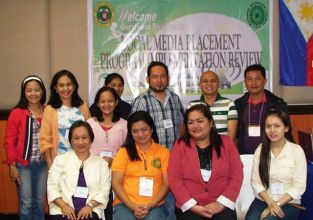 25 September 2012 – The National Nutrition Council Region IV-B organized a meeting with Information Officers from LGUs and Local Radio Station Managers from different provinces and cities of MIMAROPA. The objective is to establish a group of media network that would help in the dissemination of key nutrition messages and promotion of good nutrition in the region.

The group had an election of officers and Mr. Voltaire N. Dequina, Station Manager of Radyo Natin San Jose, was unananimously elected as President. Other elected officers were as follows:

The local media group came up with the name, “PROMO Nutri Com” which means:

The 2nd meeting of local media group is tentatively scheduled on 26th of November, 2012.

Other elected officers were as follows:

The Federation was named “BNS Federation of Region IV-B Inc.”. The group together with NNC – MIMAROPA Secretariat is now working on its SEC registration. 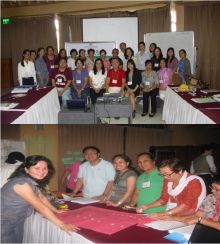 03 - 07 September 2012 - The Institute of Huma Nutrition & Food (IHNF) of the UPLB College of Human Ecology conducted the Training of Trainers on the Basic Course for BNSs for the province of Oriental Mindoro at Kimberly Hotel in Manila. The 5 days training aims to equip the trainers to further build the capacities of their BNSs and to level the skills and knowledge of all BNSs in the country.

Representatives from Calapan City, 12 Municipalities of Oriental Mindoro, and those from the Provincial Nutrition Office actively participated in the said training. Lecturers discussed the training module in detail while the attendees actively participated in the role-out of activities as BNS participants. The recognition of the heavy task that the BNSs handle as volunteer community workers were very much realized early on. 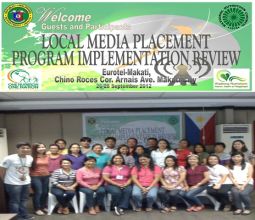 The objectives of the Program Implementation Review are: (1) To review and assess past actions done and identify gaps encountered with regards to local media placements or activities; and (2) to formulate a Local Media Plan for 2013 for each province or city.

Ma. Eileen B. Blanco, OIC – RNPC of NNC IV-B, facilitated the group in creating project proposals and activities in communicating key nutrition messages. The group had a brainstorming of ideas in order to come up with an effective Local Media Plan.