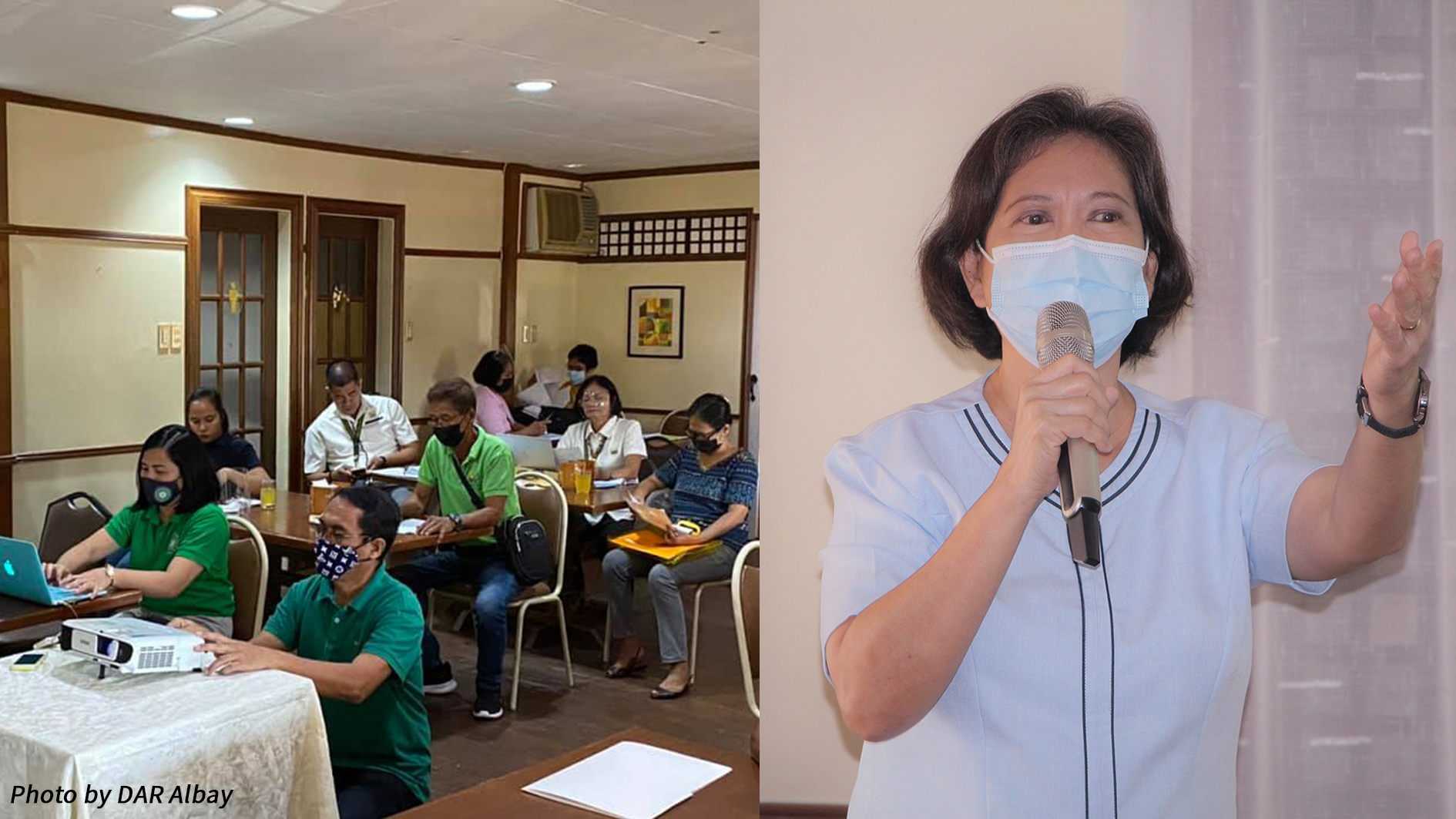 Reform, Legazpi City - In partnership with the National Nutrition Council, DARPO Albay conducted a one-day orientation program of selected ARBO’s who will participate in the Dietary Supplementation Program for Pregnant Women in the province of Albay expected to run anytime from March to May 2021.

Addressing the participants of the activity, OIC-PARPO II Engr. Renato C. Bequillo emphasized that lack of nutrition among children because of poverty has been recognized as one of the social illnesses of the country, thus, catapulting the Philippines in the 9th rank of the global stunting problem.

CARPO Lerma Dino of DAR Regional Office 5 complimented DARPO Albay as well as the ten ARBOs who will play a major role in the execution of the program. According to CARPO Dino, “DAR’s only vision is to help its beneficiaries sustain their means of livelihood.”

Ten ARBOs from Albay were selected as potential suppliers of the food items to be procured as part of the nutritious food formulation that the National Nutrition Council will prepare to be fed to pre-identified pregnant women in the province of Albay who are on their 7th month of pregnancy. The feeding program will run daily for four weeks and will follow a menu that has been approved by the National Nutrition Council.

Explaining the mechanics of the program, Ms. Arlene R. Reario, Regional Nutrition Program Coordinator of the National Nutrition Council for Region V said that the program aims to reduce nutritionally-at-risk pregnant women in accordance with the Ambisyon Natin 2040 Philippine Development Plan and Sustainable Development Goals. Albay which has been chosen as one of the focused provinces for its implementation intends to feed 3,425 women in 619 barangays all over the province.

Ms. Reario likewise added that the recipes prepared will follow a formulation in combination with locally available food which will be sourced out from the produce of the ARBOs thus complementing the goals of the Enhanced Partnership Against Hunger and Poverty (EPAHP) program which is being implemented by DAR in partnership with other agencies as well as the LGU.