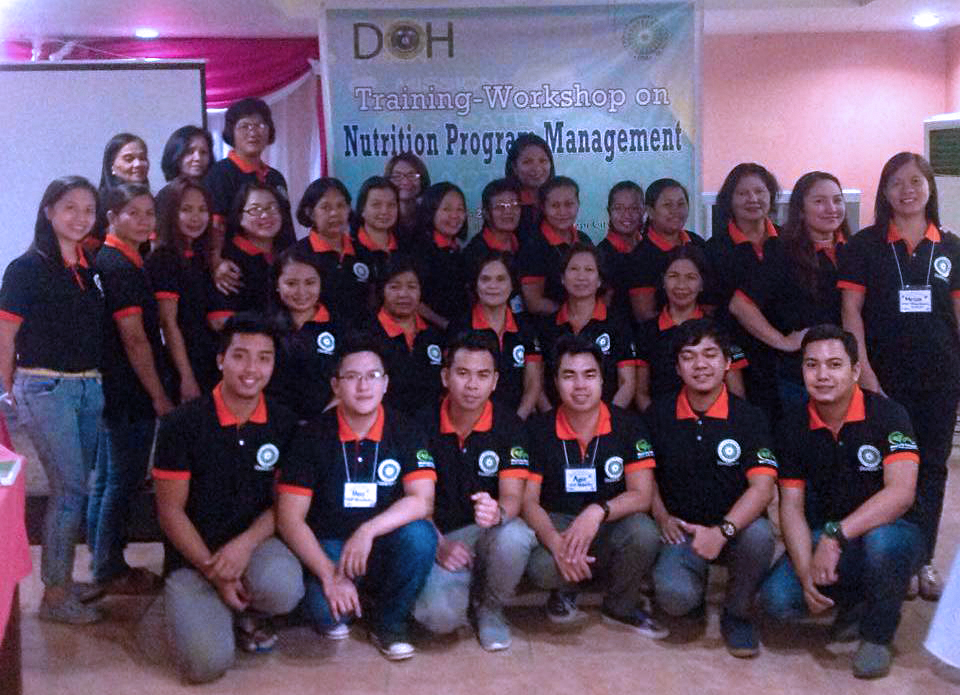 On 19-23 October 2015, the National Nutrition Council Region V conducted one batch of training on NPM for newly designated nutrition action officers and other members to enhance their capability and strengthen the capacities of the nutrition committee and other local implementers. A total of twenty-six (26) participants coming from the provinces of Albay, Camarines Norte, Camarines Sur and Sorsogon and two cities namely Masbate City and Sorsogon City successfully completed the 5-day training-workshop held at Jennifer’s Kababayan Hotel, Legazpi City.

The training aimed to enhance the knowledge, skill and attitude of participants along the key processes integrated within the whole course of NPM. It was lso expected to help nutrition program managers and local implementers to learn, identify and adopt strategies to ensure functionality of the respective  local nutrition committees.

Read more: Knowledge and Skills plus Attitude equates to an effective and efficient Nutrition Program Managers 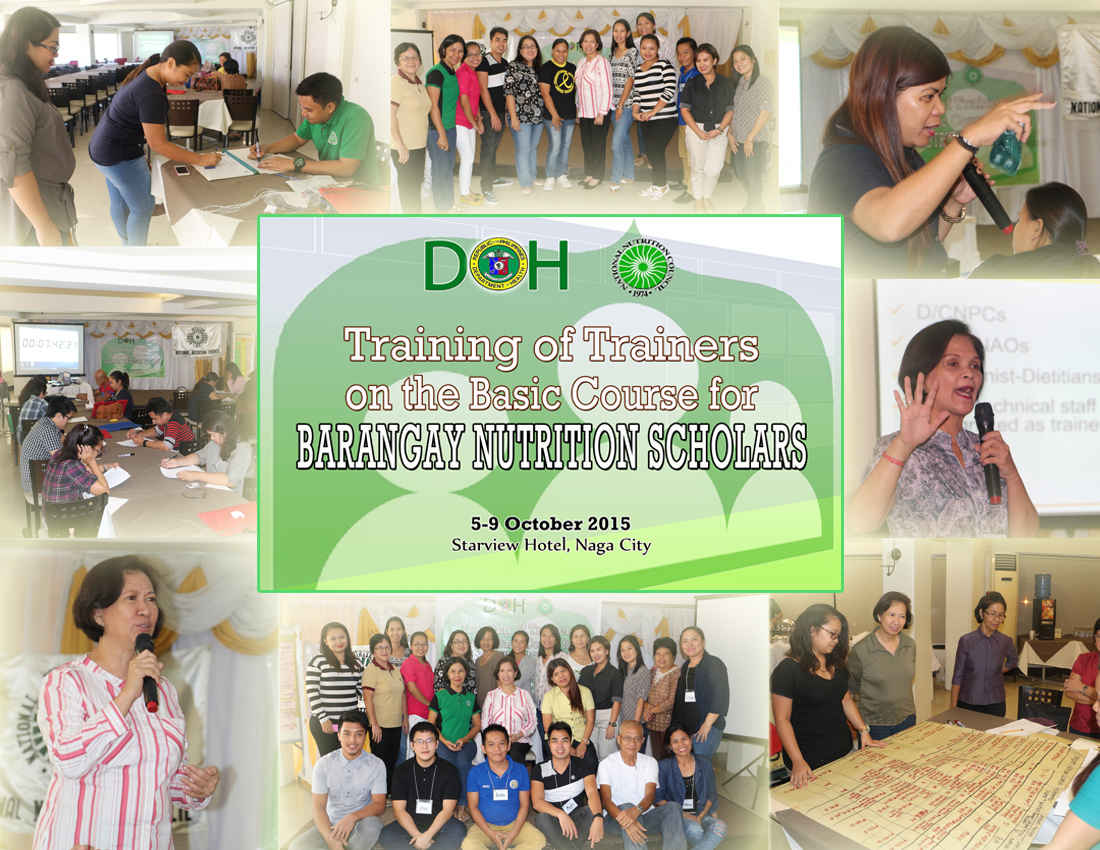 Read more: NNC-BICOL CONDUCTS 3RD BATCH OF TRAINING OF TRAINERS ON THE BASIC COURSE FOR BNS

SPOTTED: Mommy, Mama, Inay and Me A Photo Exhibit

The MDG-F 2030’s photo exhibit on breastfeeding will be held on 3-8 October 2011 at Atrium of Pacific Mall, Legazpi City, The same activity was held at SM City Naga last 10-13 August 2011, in time for the celebration of Breastfeeding Month. This time, the exhibit will be held in partnership with Pacific Mall, City Government of Legazpi, Canon Southern Luzon, and Rotaract Club of Legazpi Central.The activity communicates the idea that a mother can breastfeed her child anywhere and anytime, and highlights the supportive environment moms need to help ensure that their children receive proper nutrition. The exhibit has presented breastfeeding as a natural, normative, positive and healthy part of everyday life at home, in the community, and in the workplace.

The Opening Event/Ribbon cutting for the Photo Exhibit last August 10, 2011, from 2 pm to 4 pm at the Event Center where the exhibit was also being held. It was such a successful event as evidenced

by ribbon_cutting_copythe fact that the number of participants who graced the event exceeded the target. It was also attended by all members of the Sangguniang Panglungsod ng Naga (Naga City Council), headed by Mayor John G. Bongat as well as Vice Mayor Gabriel Bordado. All of the officials who attended particularly Mayor Bongat, Vice Mayor Bordado, the Mall Manager of SM expressed their support for the event and its objective i.e. to reach out to the general public on the benefits of breastfeeding.

Prior to the opening of the exhibit, several mall patrons were seen taking interest in the photos by themselves taking pictures of the captions and the photos; Some were also given copies of reading materials and the promotional fan made for the Nutrition Month last July.
SM Cares and SM City Naga provided the venue, sound system, lights, tables and chairs, and the photo panels used during the exhibit. Engineer Christian Wesley Villanueva, the Mall Manager of SM City Naga, not only attended the opening event and gave SM’s commitment to promote breastfeeding, but also appointed key persons to assist the team in organizing the event as well as the set up of the photo exhibit;

Ms. Arlene Reario, the RTWG Chair of MDGF 2030 in Region 5 and Mall Manager Villanueva were interviewed by local media, including the local stations of ABS CBN and GMA 7. The photo exhibit ran from August 10-13, at the Event Center, during mall hours.

From the opening day up to the 13th of August (a Saturday), the CPNO stationed Peer Counselors in the exhibit grounds to provide counseling to breastfeeding mothers. According to Raquel Buere the Nutrition Officer of the City Population and Nutrition Office (CPNO), an average of 100 people sought counseling on a daily basis.

Accordingly, a total of 900 people have viewed the photo exhibit over the duration of four days that the exhibit were on display at the Event Center of SM City Naga, which means at least half of those who viewed the photos have been given counseling by the Peer Counselors of Naga City. 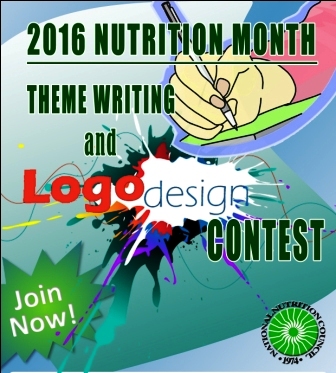 In the meeting of the NNC Technical Committee last 20 August 2015, it was agreed that the First 1000 Days of Life will be the focus of next year’s Nutrition Month (NM) Celebration. Given the slow rate of reduction in the prevalence of undernutrition over the years, and the increasing prevalence of overnutrition, focusing on the First 1,000 Days of life will help address this double burden of malnutrition.

Highlighting the First 1,000 Days during Nutrition Month in July 2016 will create awareness on the importance of proper infant and young child feeding practices, particularly exclusive breastfeeding for the first 6 months and giving appropriate complementary food after six months while continuing breastfeeding.

In line with this, the National Nutrition Council is conducting a contest for the 2016 NM theme and logo design along the First 1,000 Days of life.

Mrs. Marilou Canete said that her daughter is indeed a blessing to their family, when she gave birth last 02 September 2011. This was eleven days after she went through an evaluation process as a volunteer Barangay Nutrition Scholar (BNS) for Barangay Concepcion Grande, Naga City, as part of the search for the Most Outstanding BNS being undertaken by National Nutrition Council (NNC). Malou as she is fondly called by her friends, won the National Outstanding BNS for 2010, an award given by the National Nutrition Council to Barangay Nutrition Scholars across the country. Her efforts in targeting clientele in the Barangay for the effective and efficient implementation of nutrition program with the support of the Barangay Nutrition Committee not only bear fruit for addressing malnutrition in her locality but also would ensure that her baby, along with the other infants in her Barangay would continuously be receiving support to ensure good nutrition.

In recognition of her outstanding performance, BNS Malou Canete will receive a trophy and cash award, a desktop computer-printer set given by AGHAM Partylist Representative Angelo Palmones. The recognition and awarding will take place on 25 October 2011 in Manila.

While Naga City had been National Nutrition Honor Awardee for nutrition program since 1996, the last time region 5 got the Outstanding BNS Award was 1998. Last year, Malou Canete was the 3rd runner up at the national level and had also been the Regional Outstanding Baranggay Nutrition Scholar for Region 5 for the past two years. Likewise, her home community has also been awarded the Model Breastfeeding Barangay, of Naga City.

Ms. Arlene Reario, the Nutrition Program Coordinator (NPC) of NNC Region V expressed gratitude for the support being extended by community partners, particularly LGU and Barangay Officials not only in the evaluation of BNS performance but the whole gamut of nutrition program implementation. “Programs and projects that seeks to develop capacities of partner stakeholders, would not have been possible if not for the support and relentless efforts of BNS volunteers like Malou Canete”, Ms. Reario said. 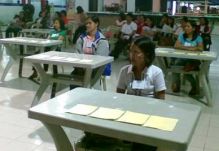 Naga City BNS, Ms. Marilou A. Jimenez, topped the 3rd BNS Regional Nutri-Quiz Competition on 19 December 2011 held at Entertainment Plaza, Pacific Mall, Legazpi City. This is the 3rd straight year that Naga City BNS is the champion of the nutriquiz.

The BNS Regional Nutri-Quiz competition is on its 3rd year since it was started in 2009 by the NUTRICOMNET (Nutrition Committee Network) Bicol and National Nutrition Council RO V. Other NUTRICOMNET Bicol agency members involved in this special event were DOH- Center for Health and Development (DOH-CHD) Bicol, POPCOM, DOST, Dep.ED, DILG, PNP, PIA, NSCB, SLM Advantage, PhiVolcs, and media friends from the following radio stations: DZGB, DWRC-AM and DWZR-AM.

Tired but happy, our BNS and their NAO or DCNPC coaches went home excited and ready for the next nutria quiz in 2012. DNPC Buere of Naga City vowed to remain as the Champion of next year’s quiz but other DCNPCs promised to beat Naga City next time.