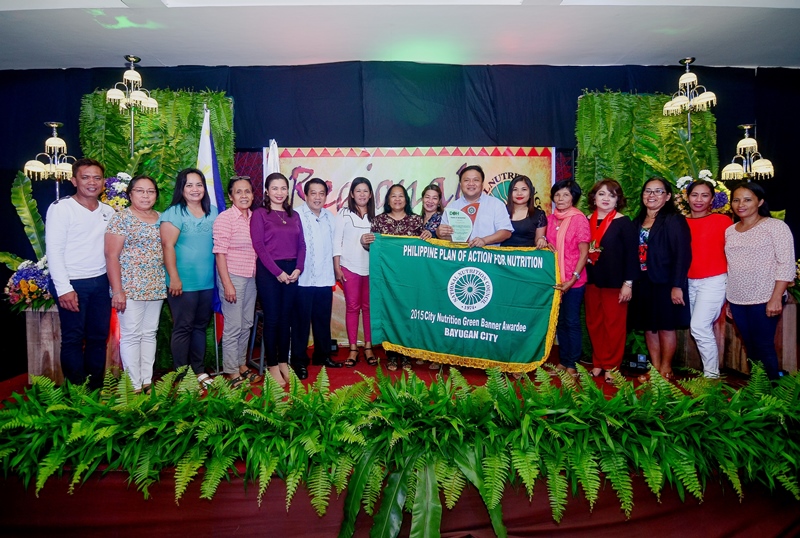 This annual event is a recognition to Local Government Units and Barangay Nutrition Scholars that have shown outstanding performance in their local level plan implementation on nutrition. The program was lead by NO III Leah Vina Vargas and Mr. Jeremiah Cuevas and started with a very informative and warm welcomed by the DOH Regional Director and NNC Caraga Nutrition Program Coordinaotr, Director Jose R. Llacuna, Jr. MD, MPH, CESO III.

Ms. Laniebelle T. Angchangco Provincial Nutrition Action Officer, the representative of Governor Adolph Edward Plaza of Agusan del Sur gave very inspiring speech as they sustained the 1st year CROWN award. Hon. Kim Lope Asis, Mayor of Bayugan City along with their strong team they proudly received their 2nd year Regional City Green Banner award with a big smile. San Francisco, Agusan del Sur also maintained their Green Banner Award for the second time. They stated on their speech that they will continue to give their support to the nutrition program to not just maintain their awards but also to improve more the health and nutritional status of their constituents.

The big event was ended with a blast since Dr. Azucena Ralota Dayanghirang, the Deputy Executive Director of National Nutrition Council gave a very motivational speech, thanking everyone for their hard work and love to their work. She also indicated the strengths and weaknesses which she strongly believes that Caraganon will encompass these challenges and will still be the strong in their support and dedication on the implementation of nutrition program.