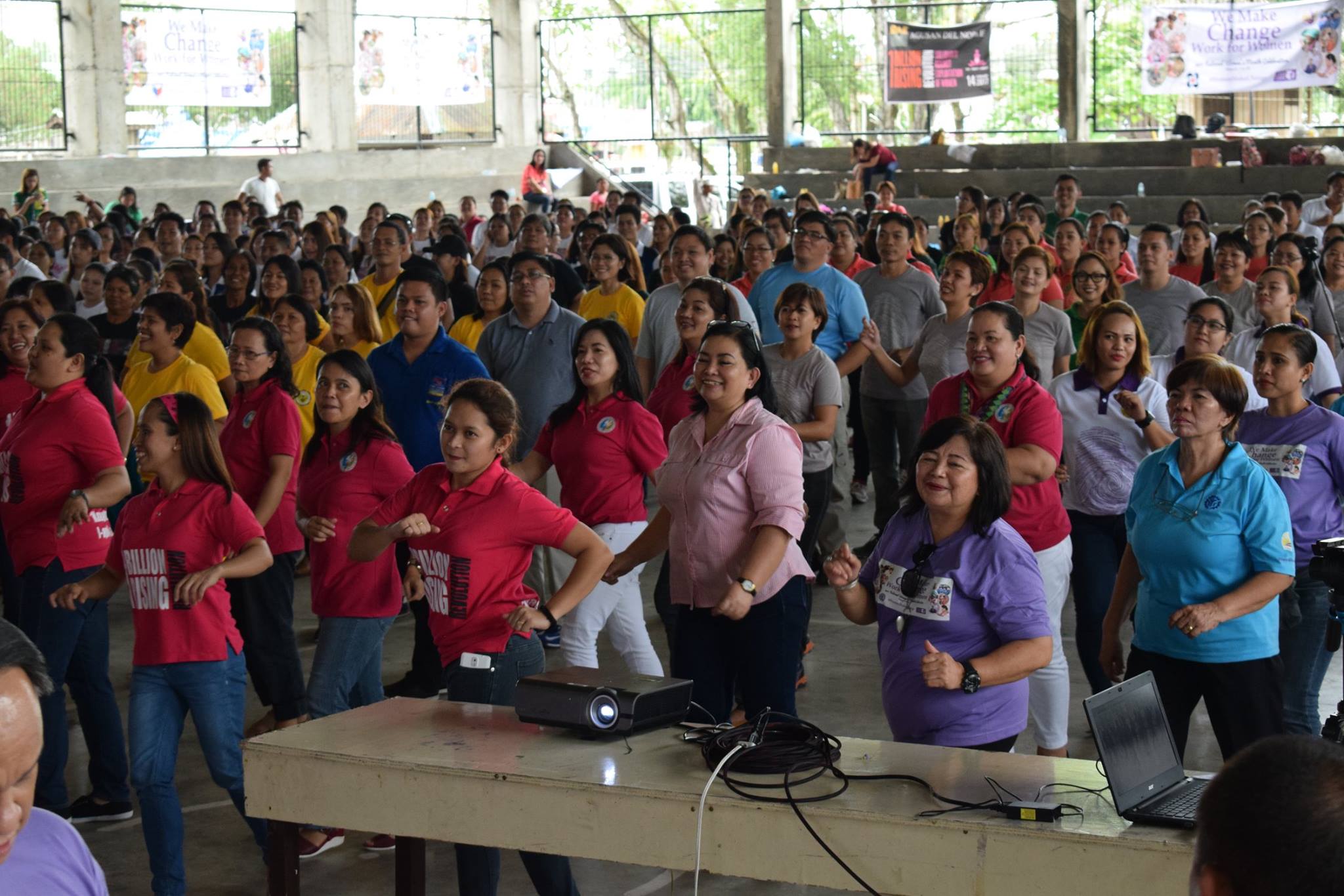 The National Nutrition Council, together with the LGUs of Butuan City, different Government agencies and Non-Government Organizations were united in the observance of the International Women’s Day last March 08, 2017. It is a global day celebration for the social, economic, cultural, political achievements of women. This day also marks a call to action for accelerating gender parity.

The first part of the said event was a Mass held at Saint Joseph Cathedral, then followed by a Motorcade from Guingona Park to Agusan del Norte Provincial Capitol Covered Court, where the second part of the program was held.

At the said venue, the environment was festive and filled with energy of the people that attended the activity. The emcee acknowledged the participants by having a roll call of each agency which was present during the event. The guest speaker, Hon. Rema E. Burdeos talked about empowering women to pursue their passion, for the sake of their family, community and the whole nation. With the theme “WE Make Change Work for Women”, she also addressed the issue of strengthening the implementation of the Magna Carta of Women at all levels.

The affair was capped by the “Rationale of the One Billion Rising” campaign aimed to create a new kind of consciousness – one where violence against women will be resisted until it’s unthinkable. It was demonstrated with a dance “Break the Chain” where all the participants grooved to express joy and celebrate the fact that they have not been defeated by this violence.

Author: NO I Aldrin Atienza