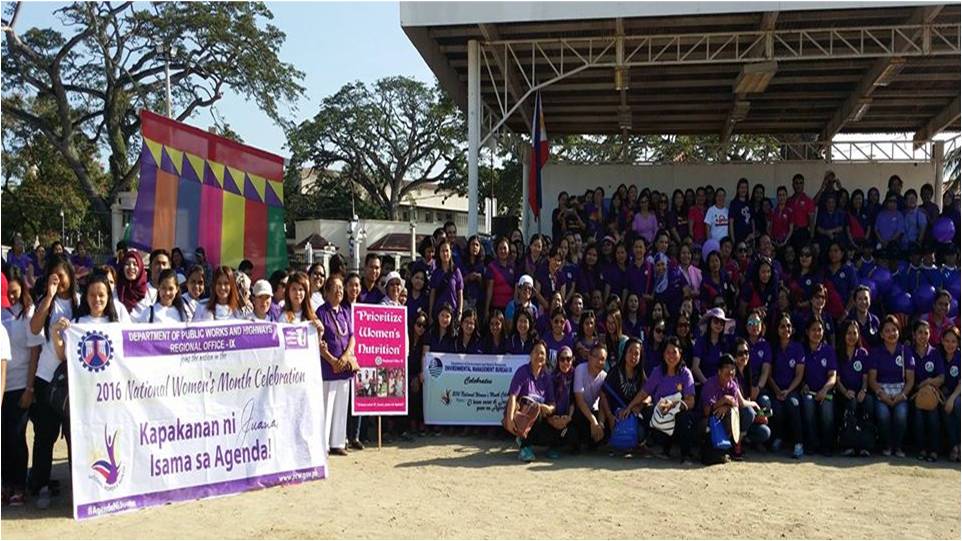 Being the agency that leads in ensuring good nutrition for every Filipino, the NNC Regional Office headed by Nutrition Program Coordinator Maria Del Pilar Pamela R. Tarroza bannered its advocacy to “Prioritize Women’s Nutrition” in the agenda during the parade around downtown Zamboanga City. The NNC’s advocacy to prioritize women’s nutrition observes a gender balance in leadership and decision making positions to include women’s concerns particularly on good nutrition. This is to capacitate and prepare women and girls be healthy, productive and participating in societal developments. Its benefits would carry long term advantage to her own children to also grow and develop as healthy individuals able to contribute to a progressive community.