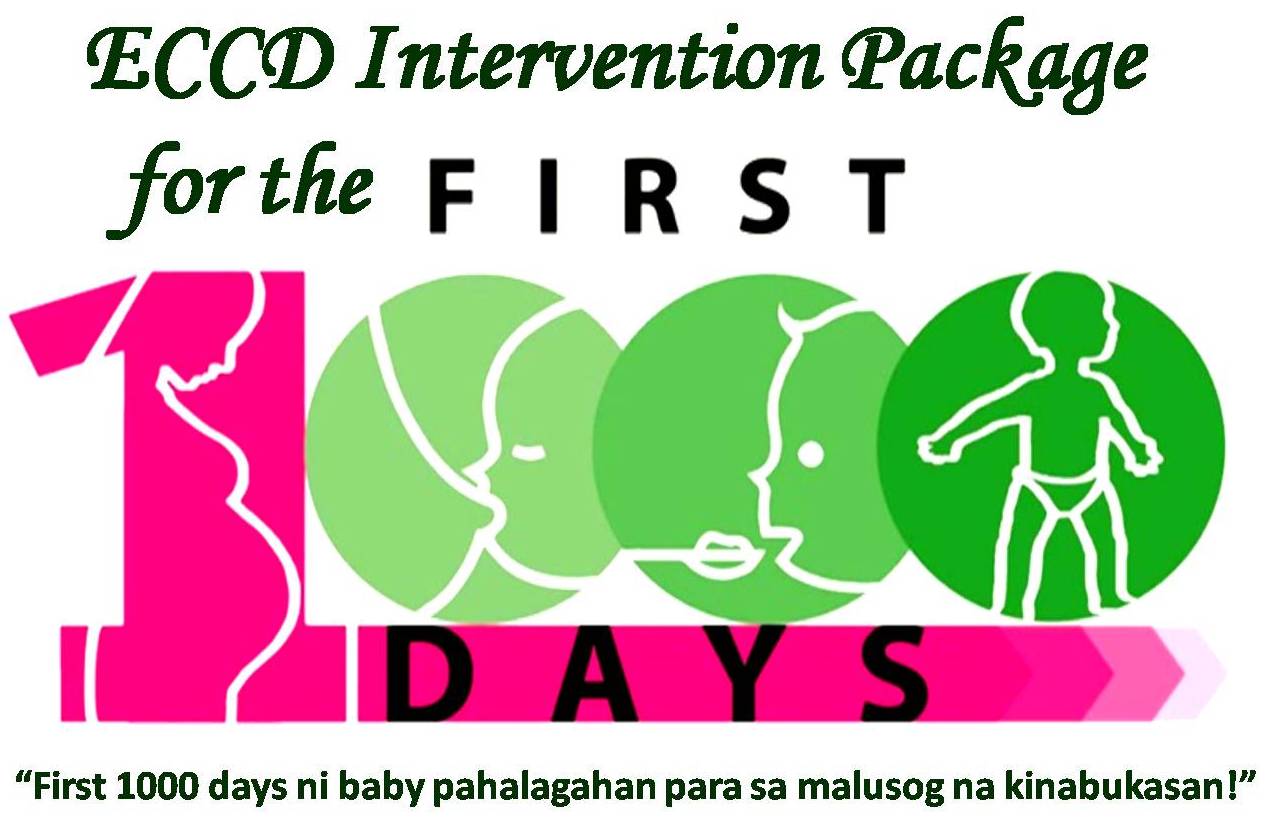 The Early Childhood Care and Development Intervention Package for the First 1000 Days is anchored on the Republic Act 10410 or the Early Years Act that mandates the state to implement  programs to ensure full growth and development of the child specifically aged 0-4 years old.  Its overall Framework focuses on nutrition, health, early child learning and other services that are essential for the child’s growth and development.  The program aims 1) to reduce mortality and morbidity rates among children 0-23 months old; 2) to reduce the prevalence of stunting and wasting among children 0-23 months old and; 3) To increase the percentage of children 0-23 month’s old meeting developmental milestones.

Managed and coordinated by the National Nutrition Council, the ECCD IP/1000 Days Program was launched on August 10, 11 and 12 in the three ASAPP municipalities namely Mahayag, Aurora and Kumalarang of  Zamboanga del Sur being one of the 10 priority provinces for the Accelerated Sustainable Anti Poverty Program (ASAPP) in the country.  The NNC Office 09 together with the ECCD focal persons of the Regional Offices of the DOH and DSWD and the Provincial Nutrition Action Officer launched the program with an Advocacy Forum for the stakeholders in the three municipalities.  The activity that aimed to orient and gain support the stakeholders was successful in bringing together the local officials – the Mayor and Punong Barangay, SB members,  Municipal Nutrition Committee members, LGU Health Workers – MHOs, nurses, midwives including the BNS, BHW and Day Care Workers as well as School Officials to be involved in the program.

Over 200 participants attended the ECCD Forum in the three priority areas with the LCEs staying to listen and appreciate the discussions on the problem undernutrition and the First 1000 Days Interventions and the Early Childhood Care and Development Intervention Package for the First 1000 Days.  The Municipal Mayors of Mahayag and Aurora personally expressed their commitment and support and led in affixing their signatures on the pledge of commitment encouraging everyone to doas well for better nutrition of their constituents and success of the program.  Mayor Eugenio Salva of Kumalarang was unable to attend the forum due to a call for meeting by the governor, however the SB Chair of the Committee on Health represented the mayor in the forum and in his behalf expressed the commitment and support.

Follow through activities will be the strengthening the functionality of the nutrition committees and formulation of the Local Nutrition Action Plan to incorporate the ECCD IP/1000 Days.