What are the causes, signs and symptoms of Hemophilia? 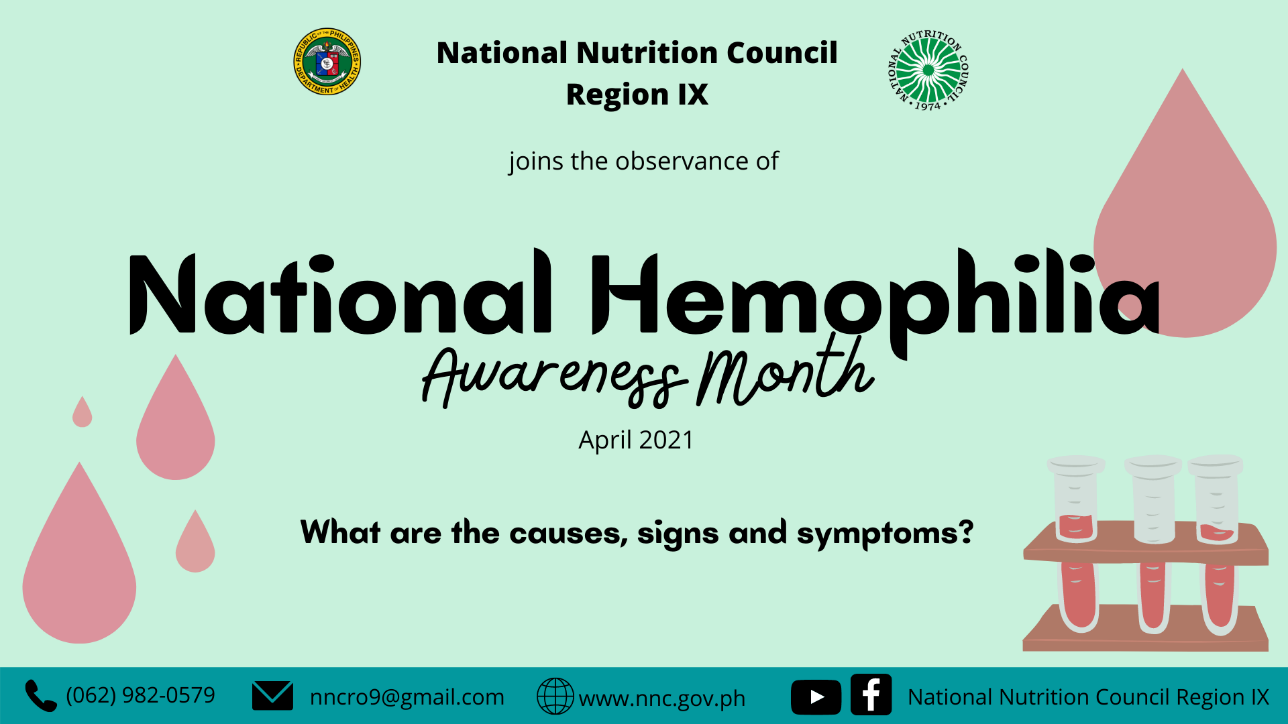 Hemophilia is usually inherited and it is caused by a mutation or change in one of the genes, that provides instructions for making the clotting factor proteins needed to form a blood clot. Some common signs of hemophilia include bleeding into the joints which can cause it to swell and to feel pain or tightness due to pressure, bleeding into the skin, bleeding of the mouth and gums, bleeding after having shots such as vaccinations, blood in the urine or stool, and frequent and hard-to-stop nosebleeds.

Back in 2017, the Manila Bulletin shared a news article regarding the death of four patients including a four-year old boy from lack of access to treatment of such disorder. Here in the Philippines, it is quite difficult to be aware of such disorder because of lack of awareness and the treatment is expensive. What’s even worse, only the Philippine Blood Center in Quezon City can do such treatments.

Medical scientists haven’t found a cure yet for this condition. Thus, the best we can do for now is to let the public be aware of such condition so that it can be treated early on.

With this, NNC 9 joins the observance of National Hemophilia Awareness Month this month of April.

NO I Cielo Katrina M. Mabalot

1. “DID YOU KNOW: April is National Hemophilia Month” from https://newsinfo.inquirer.net/1107560/did-you-know-april-is-national-hemophilia-month

2. “5 Facts you need to know on Hemophilia” from https://www.pchrd.dost.gov.ph/index.php/events/6357-5-facts-you-need-to-know-on-hemophilia

3. “How common is Hemophilia in the Philippines” from http://www.lhprime.com/news/celebrating-national-hemophilia-awareness-month-common-hemophilia-philippines/

4. “What is Hemophilia” from https://www.cdc.gov/ncbddd/hemophilia/facts.html