Did you experience extreme thirst, increased hunger, and the need to urinate frequently? It’s time to consult your doctor now because you may have diabetes. These are the three common symptoms of diabetes: Polyuria-frequent urination; Polyphagia-increased appetite; and Polydipsia-increased thirst. Other symptoms may include weight loss, blurry vision, extreme fatigue, erectile dysfunction, and sores that don’t heal.

Diabetes is a serious, chronic disease that affects how your body turns food into energy. It occurs either when the pancreas does not produce enough insulin or when the body cannot effectively use the insulin it produces. After a meal, most of the food we eat is broken down into sugar and enters the bloodstream through the small intestine, which signals the pancreas to release insulin. Insulin is a hormone made by the pancreas that maintains normal blood glucose levels by facilitating cellular glucose uptake. It also signals the liver to store blood sugar as glycogen for later use. Lower insulin levels alert the liver to release stored blood sugar (glycogen) so energy is always available. 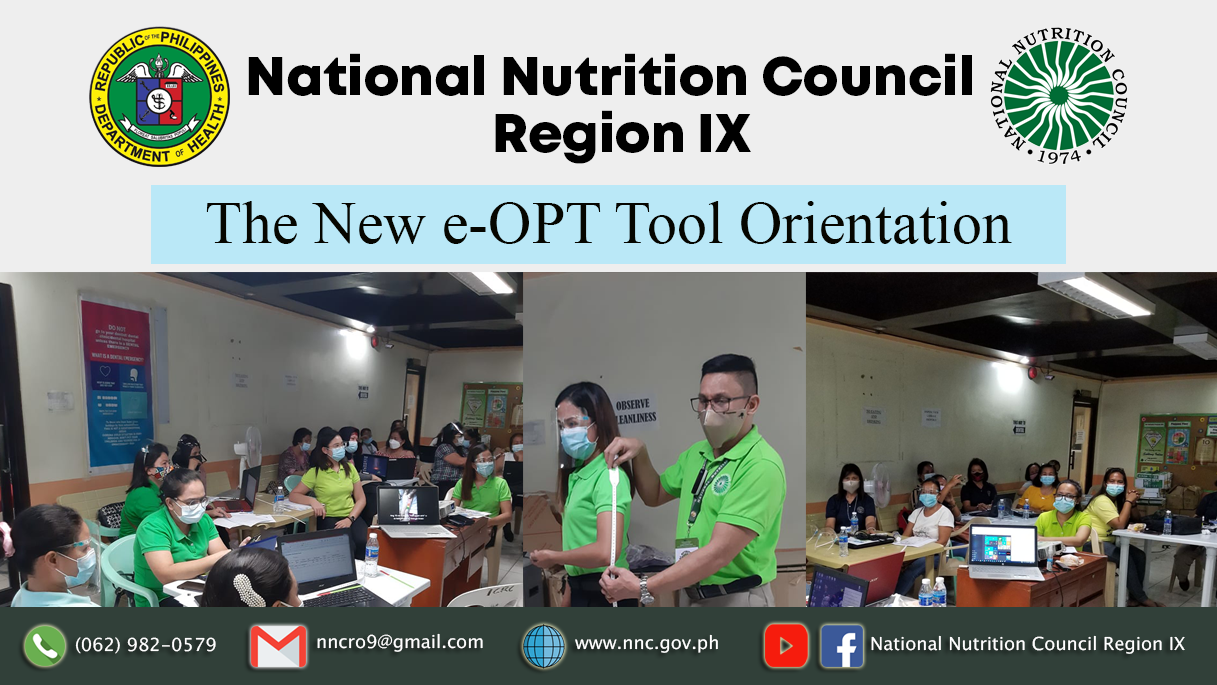 On March 4, 2021, the Nutrition Division of the City Health Office of Zamboanga City, in collaboration with the National Nutrition Council Region IX, conducted an orientation regarding the new  e-OPT plus tool for Acute Malnutrition to the City Nutrition Program Coordinators (CNPCs) and Barangay Nutrition Scholars (BNSs) of Zamboanga City.

The activity was made possible in response to the request of the city government to provide their nutrition staff and selected BNSs technical assistance on the new tool. The orientation was facilitated by Nutrition Officer III Elton Pelegrino as resource person and was participated by four (4) CNPCs / City Nutritionist-Dietitians, twenty-three (23) BNSs and three (3) NNC 9 newly hired technical staff.

Read more: NNC-IX conducts orientation on the new eOPT Plus tool in ZC 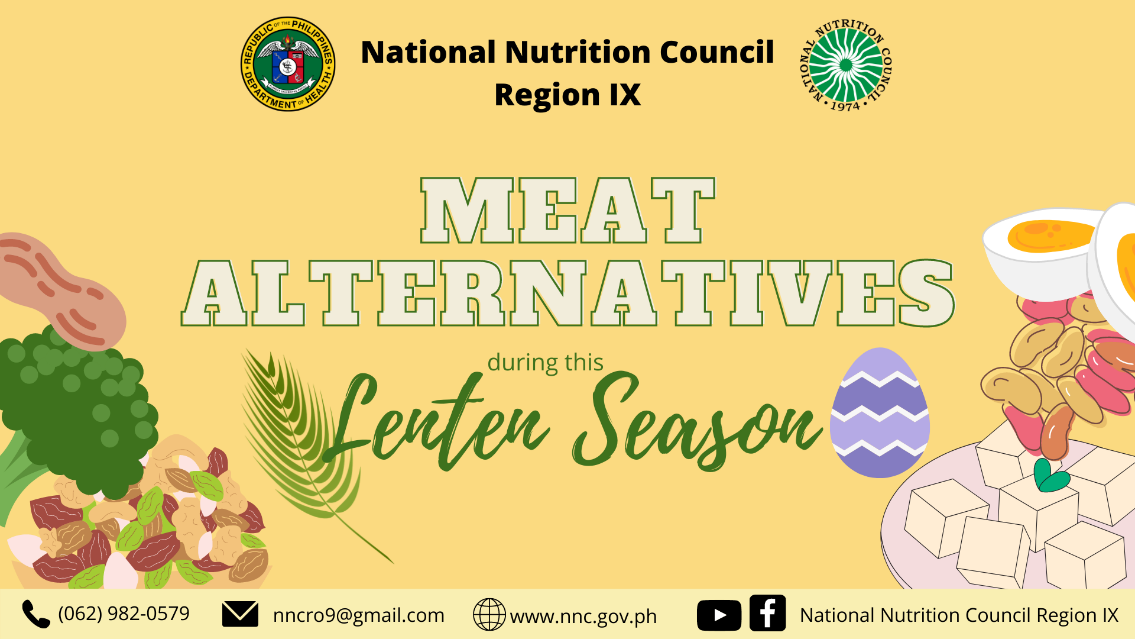 Lent is a season of reflection and preparation before the celebrations of Easter. This is being observed for 40 days beginning on Ash Wednesday. Two of the traditions during Lenten Season are fasting and abstinence. For Christians, particularly Roman Catholics, fasting can refer to inhibiting oneself from eating or engaging in pleasurable wants than needs. However, fasting is commonly attributed to depriving oneself from eating voraciously. This usually refers to only eating one meal a day and two smaller meals which if added together would not exceed one full meal. Abstinence on the other hand is refraining from eating meat (beef, pork, chicken, ham, deer, lamb).

How Cigarette Smoking Affects Our Health 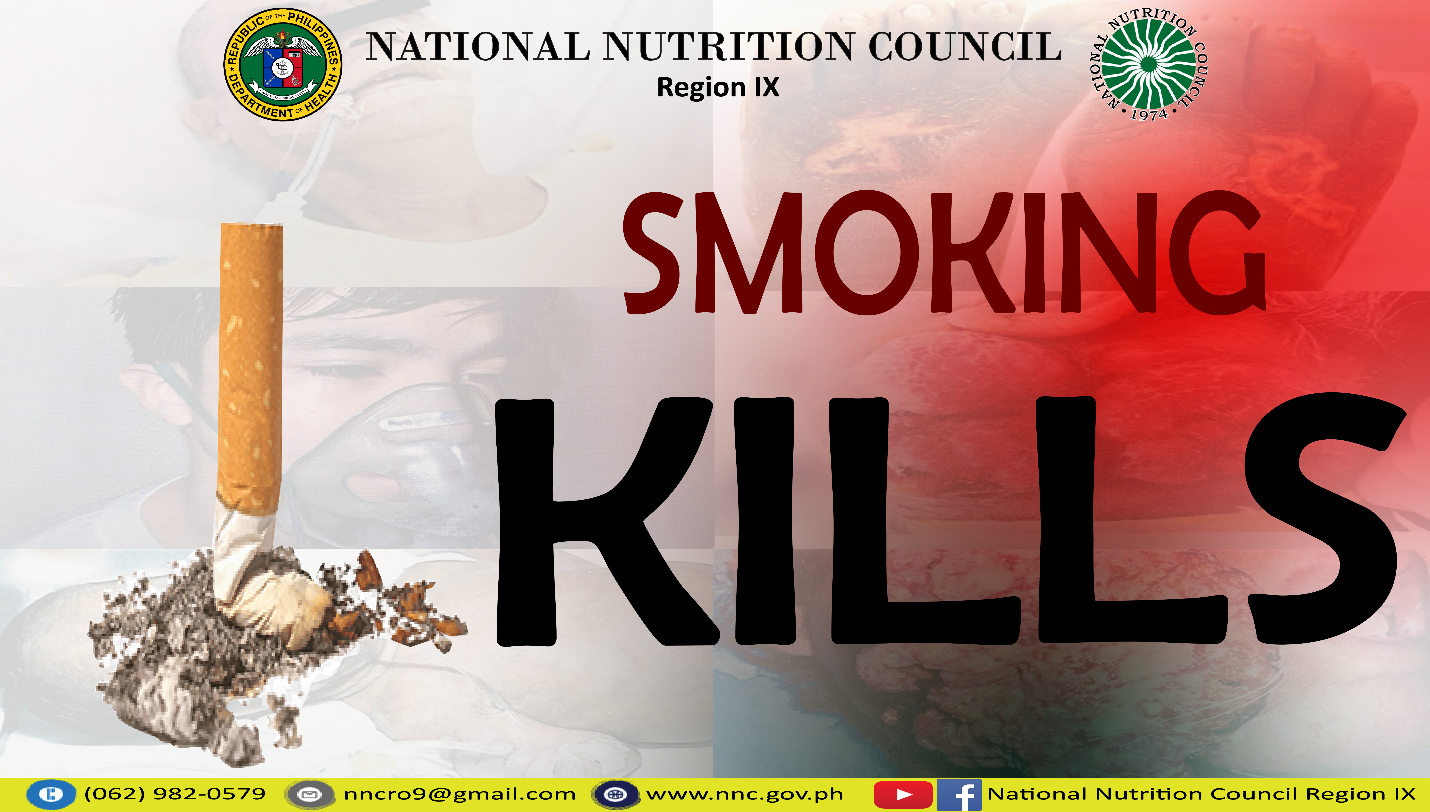 Smoking is considered one of the most preventable factors of non-communicable diseases. It is a practice in which a substance, usually tobacco, is burned and the resulting smoke is breathed in to be tasted and absorbed into the bloodstream. The use of tobacco kills up to half of its users and it can also be deadly to non-smokers. According to the World Health Organization in 2020, Tobacco kills more than 8 million people each year. More than 7 million of those deaths are the result of direct tobacco use while around 1.2 million are the result of non-smokers being exposed to second-hand smoke. Over 80% of the world's 1.3 billion tobacco users live in low- and middle-income countries.

Cancer 101: Cause, Symptoms and Risk Factors 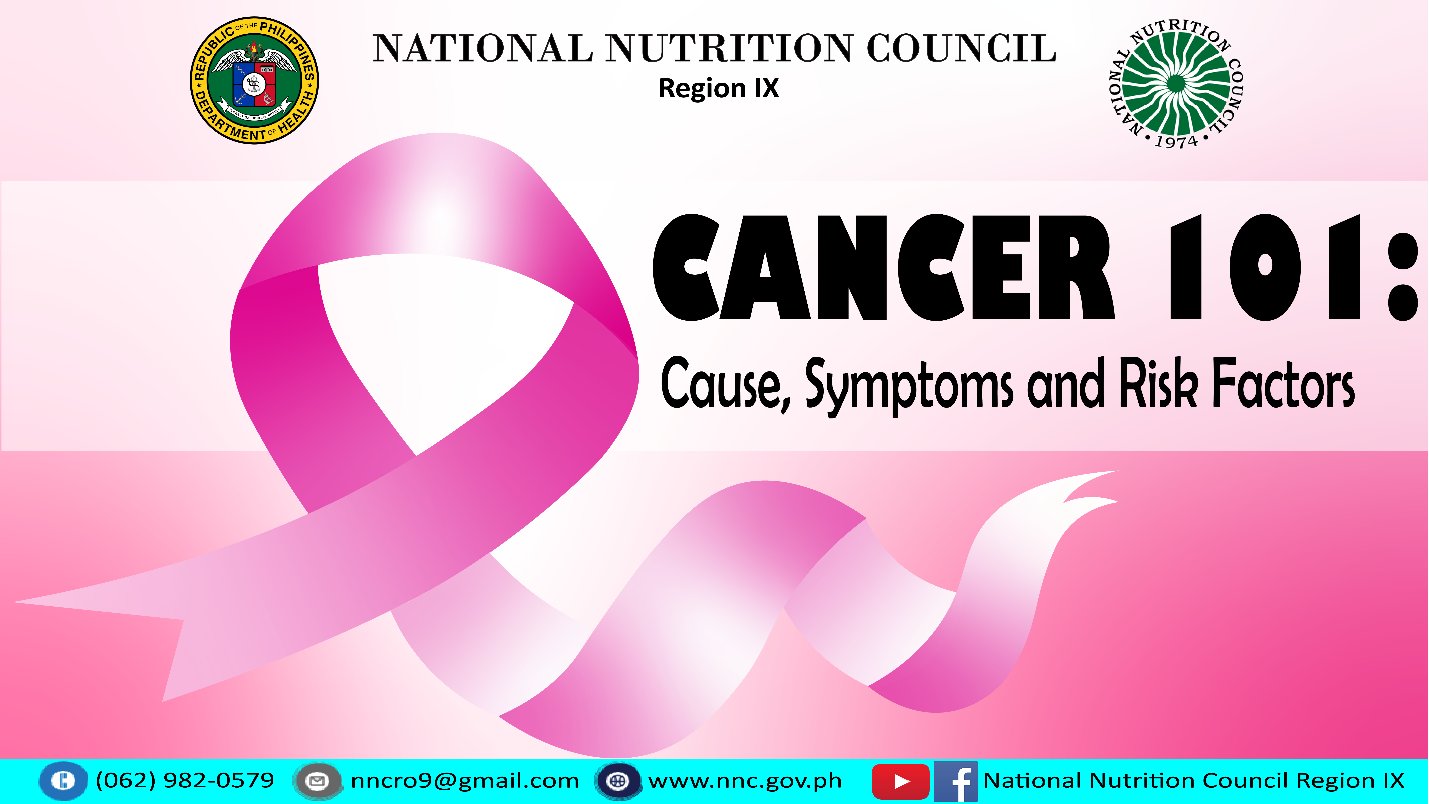 The human body is made up of trillions of cells and these are considered the basic fundamental units of life. Cells normally grow and divide to form new cells. The old or damaged cells will die and be replaced by new healthy cells to perform their functions except for the cells in the liver, brain and kidneys. However, when cancer is developed, old cells do not die anymore and continue to divide non-stop causing growths called tumors. A tumor is a mass of tissue formed by the formation of abnormal cells. Tumors can be benign and malignant. Cancerous tumors are malignant and can spread in other tissues. As the tumor grows, cancer cells can spread in different parts of the body through the blood and build new tumors through the process called metastasis. Unlike malignant tumors, benign are noncancerous and do not invade or spread in other tissues. Sometimes, benign tumors can be enlarged and do not grow back when removed. Aside from tumors, cancerous cells can also impair the immune system and cause other changes that prevent the body from functioning normally and regularly.

Physical Activity and its Benefits 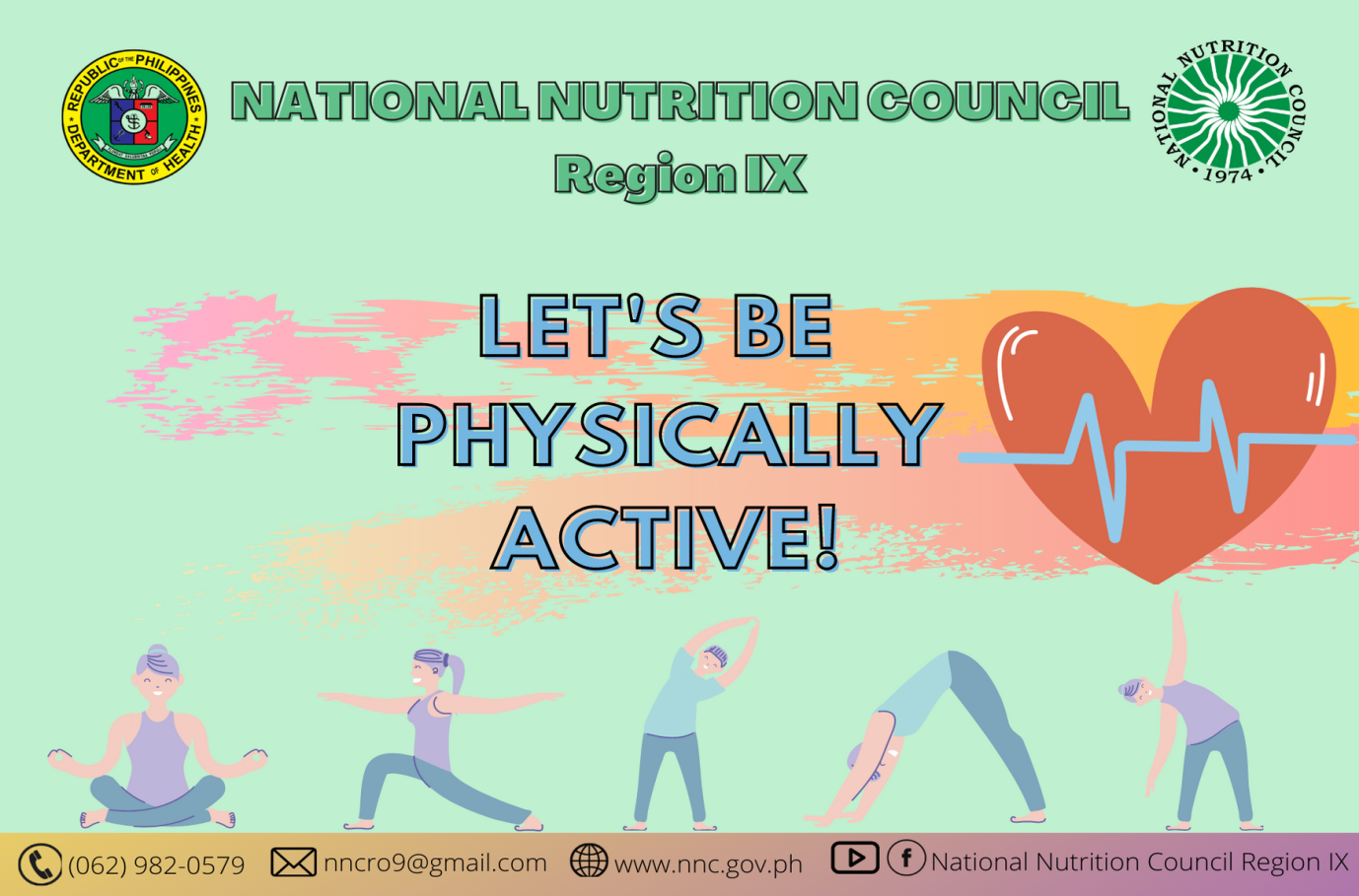 We all probably included “Be physically active” or “Exercise everyday” on our New Year’s resolution this year. Some people may be consistent and made exercising a habit but few may still struggle on trying to incorporate it in their daily lives. Some people may also overdo it, thinking that it is the best way to maintain their figures. In a world revolving around technology and with all the influencers in different social media platforms, we may be confused as to what to follow or practice. One may still be puzzled as to what is physical activity, how often should we do it and what are its benefits?