How to Reduce Intake of Added Sugars 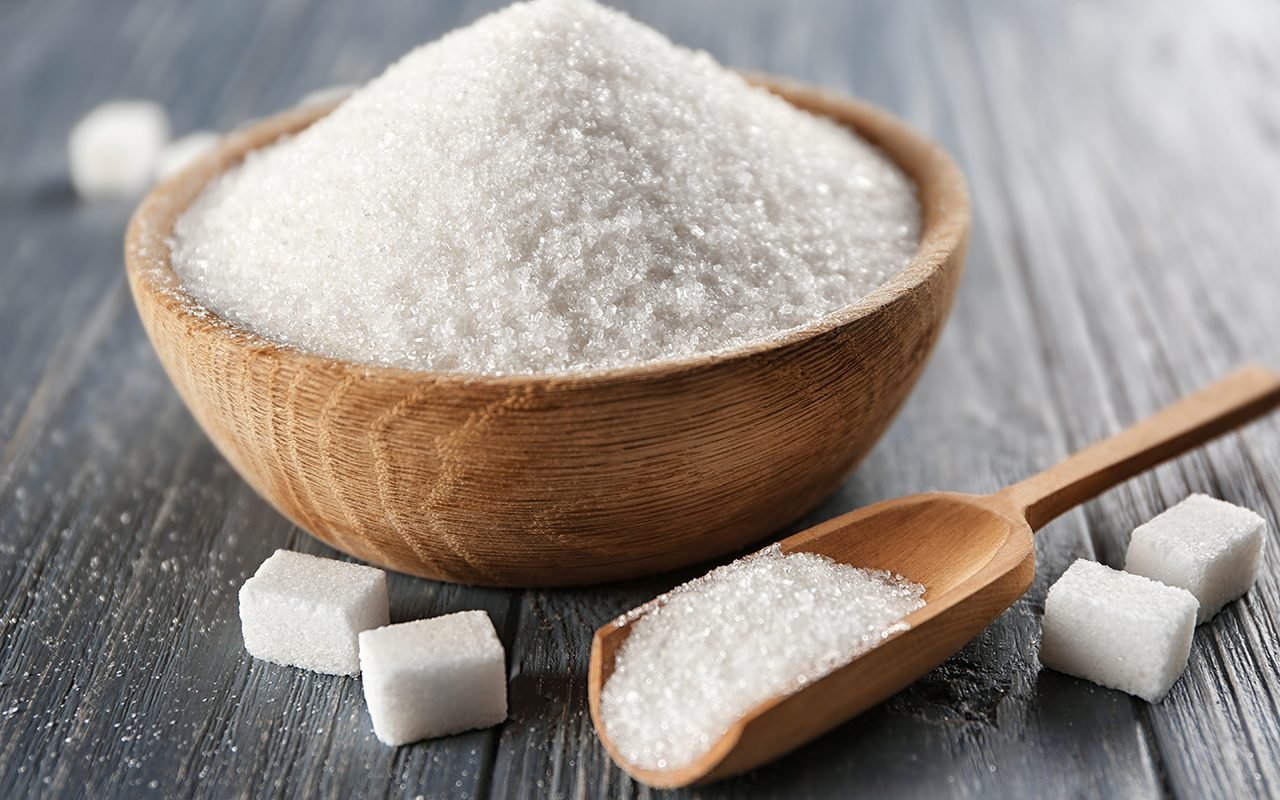 By now, most of us know that eating too much sugar is dangerous to our health. While sugar is naturally found in foods like fruits and vegetables, and are needed by the body for complete nourishment, there are plenty of foods in our diet that has some added, and/or “hidden” sugars.

Here are some tips on how we can avoid eating too much added sugars: 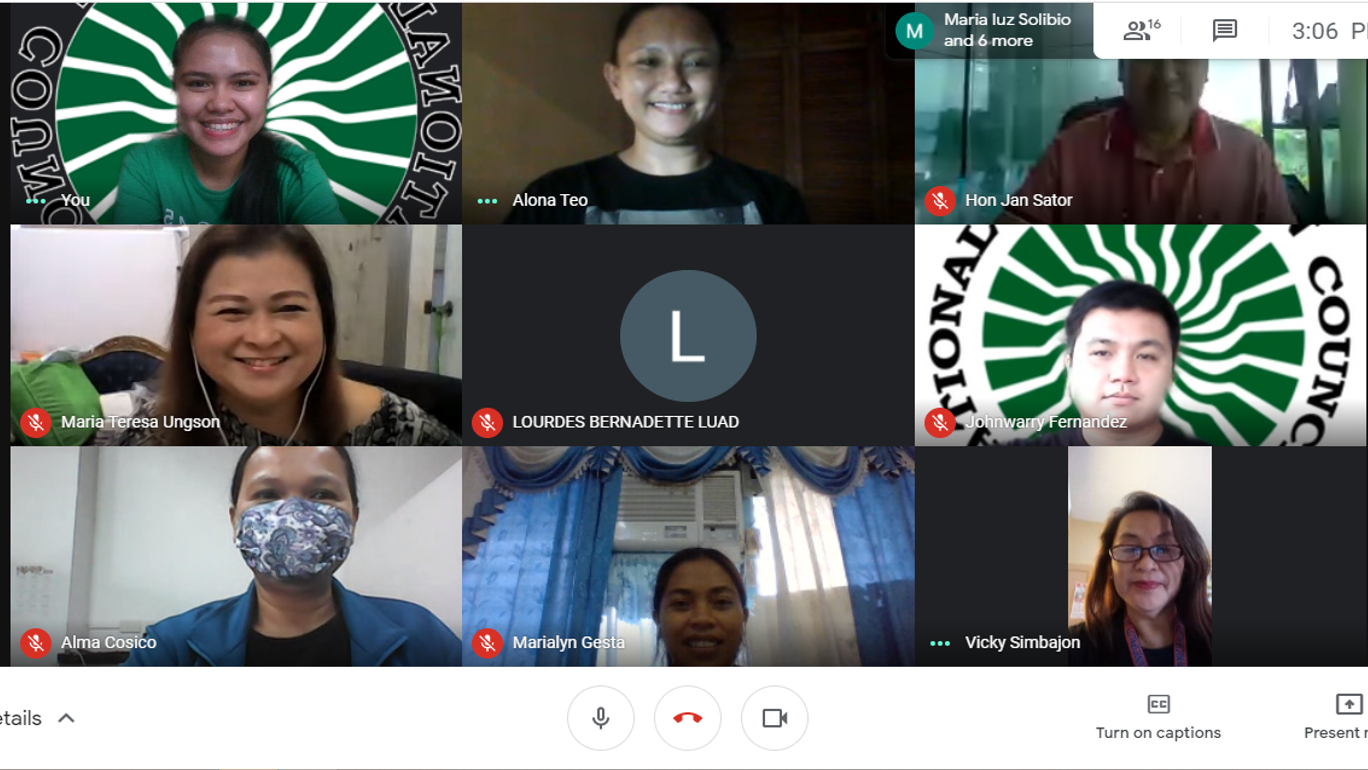 31 March 2021, Davao City – The NAOPA XI Officers and P/C/MNAOs conducted its first virtual meeting for the year. The meeting aims to update the Regional NAOs Association Officers and follow through on some previous agreements, despite restrictions in physical and face to face contacts.

Among the matters discussed in the meeting were the 2021 Nutrition Month Campaign Strategy with the theme: “Malnutrisyon Patuloy na Labanan, First 1000 Days tutukan”. NO II John Warry Fernandez discussed the rationale behind the theme and its objectives. He then said that NAOs are requested to be part of the campaign by conducting activities that will increase understanding of PPAN and first 1000 days, facilitate collaboration among stakeholders and generate interactions among stakeholders relative to the nutrition month campaign. He then assured the group that the NNC XI Secretariat will disseminate all material relative to the 2021 Nutrition Month Campaign via the official webpage and Facebook account. 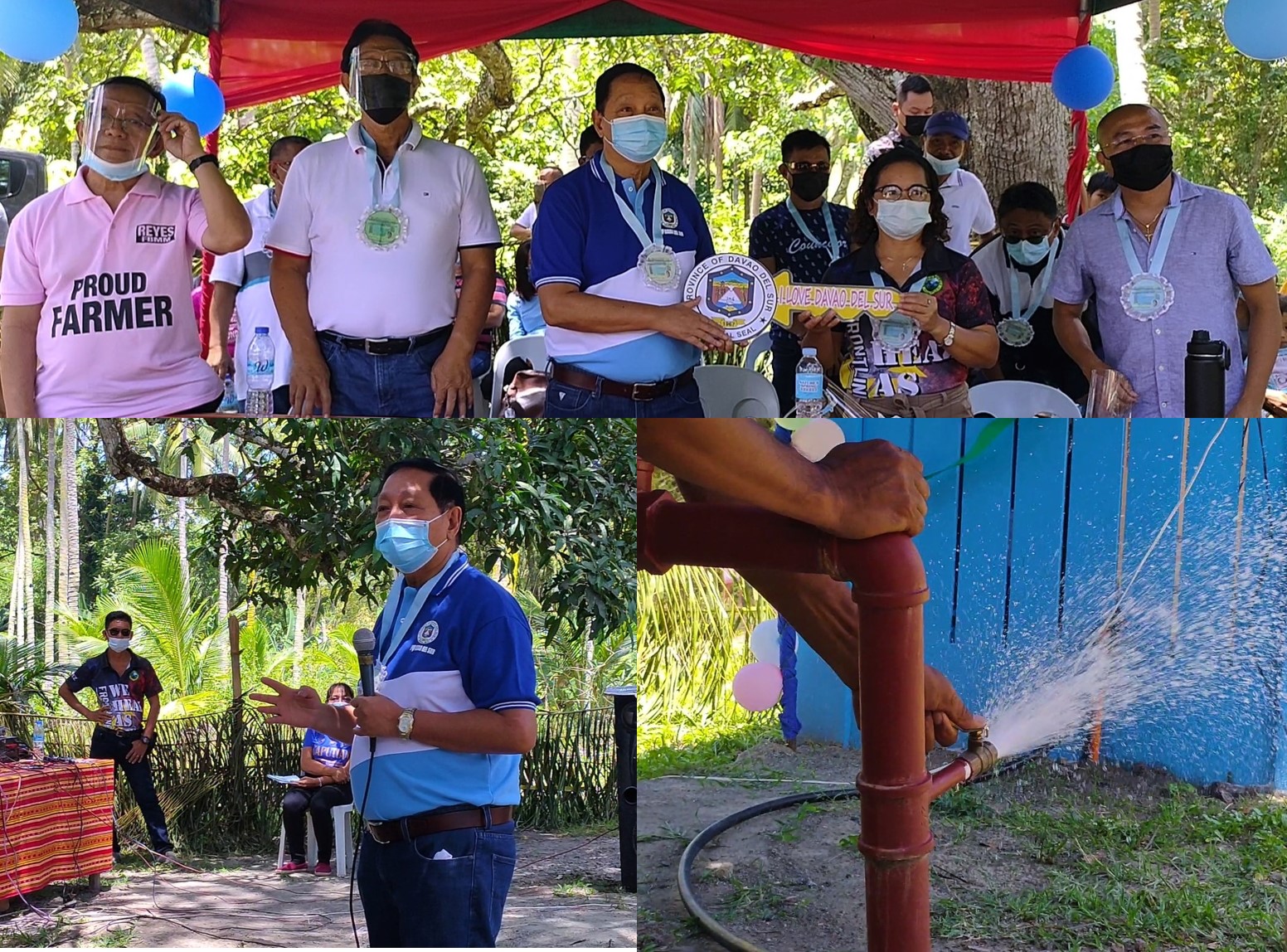 According to the Facebook post, the construction of a water system project worth P2,000,000.00 was funded by the DBM-Local Government Support Fund-Financial Assistance to LGUs, which was implemented by the Provincial Government of Davao del Sur under the Cagas Administration.

30 March 2021, Davao City – NNC XI presented the Monitoring and Evaluation of Local Level Plan and Implementation (MELLPI) Pro and the use of MELLPI Pro Tools to the Regional Nutrition Evaluation Team and Regional Technical Working Group during its first virtual meeting for the year.

OIC-Nutrition Officer III Alona E. Teo presented the overview on MELLPI Pro implementing guidelines including the composition of the Evaluation Team, the process, the scoring and the MELLPI Pro Awards for LGUs and Local Nutrition Focal Points under the MELLPI Pro approach. This new approach will be used for monitoring and evaluation of local nutrition programs starting this year. She explained that under this new approach, local implementation of nutrition programs will be evaluated along the six (6) program dimensions: Vision/Mission, Nutrition Policies, Governance, Local Nutrition Committee Management, Nutrition Services and Changes in Nutritional Status. 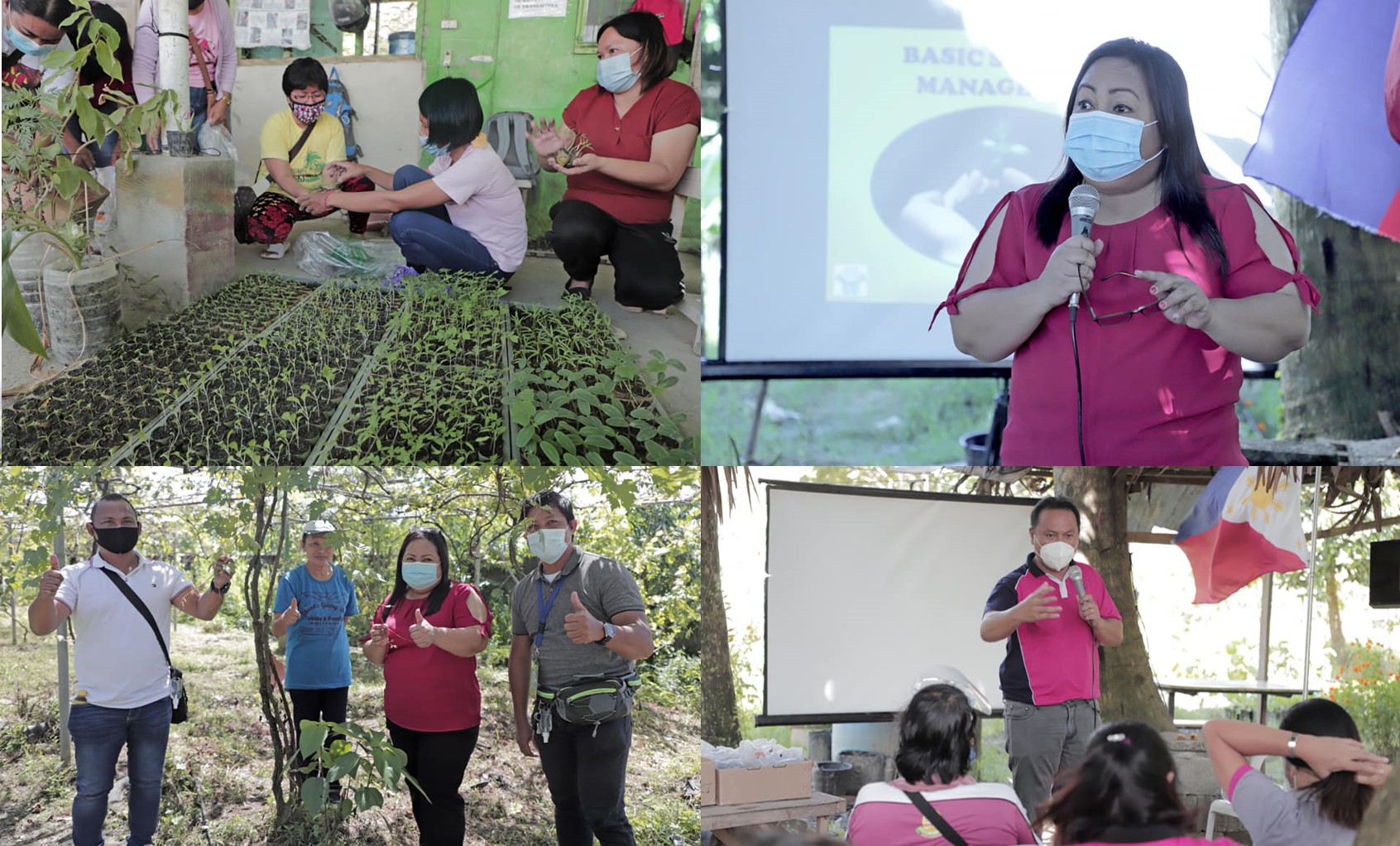 According to an Official Facebook post of the City Government of Tagum, the launching of the program is in line with the celebration of the National Women's Month. The post further explained that “Gulayan Sa Pamamahay” is a vegetable gardening program at home that will be carried out by women. This program is a joined effort of the City Government of Tagum, the Gender and Development Office and the City Agriculture Office. 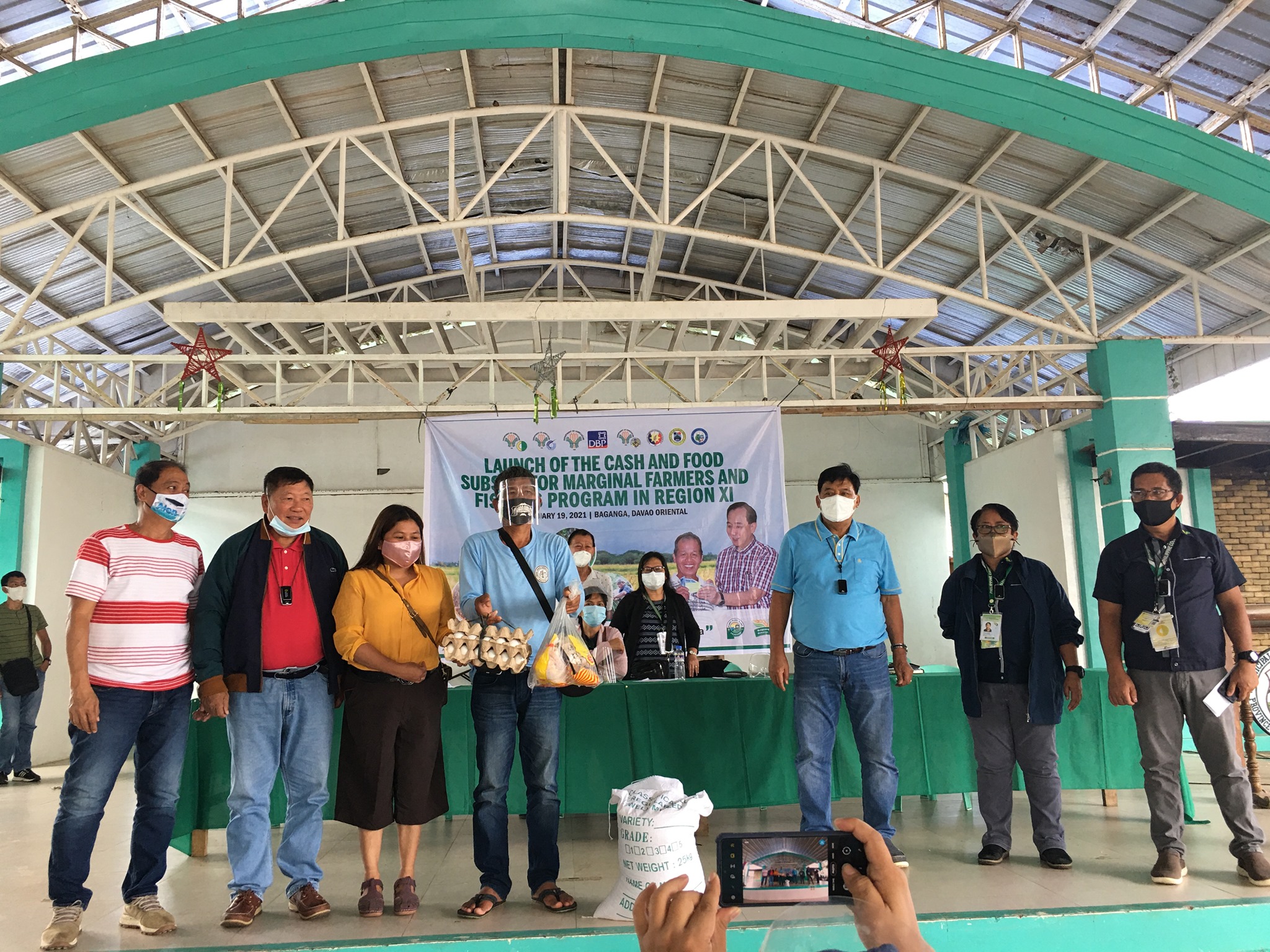 19 January 2021, Davao City -- The Department of Agriculture (DA)-XI has launched the Cash and Food Subsidy for Marginal Farmers and Fishers (CFSMFF) Program for Region XI in Baganga, Davao Oriental, on January 19, 2021. CFSMFF is part of the Bayanihan to Recover as One Act that aims to provide secure and direct food and financial assistance to families of farmers and fisherfolks whose sources of income were severely affected by the COVID-19 pandemic.1DA-XI Regional Executive Director Ricardo M. Oñate Jr. said that CFSMFF has a target of 8,471 beneficiaries but may increase due to recent amendments on the guidelines of the project criteria.