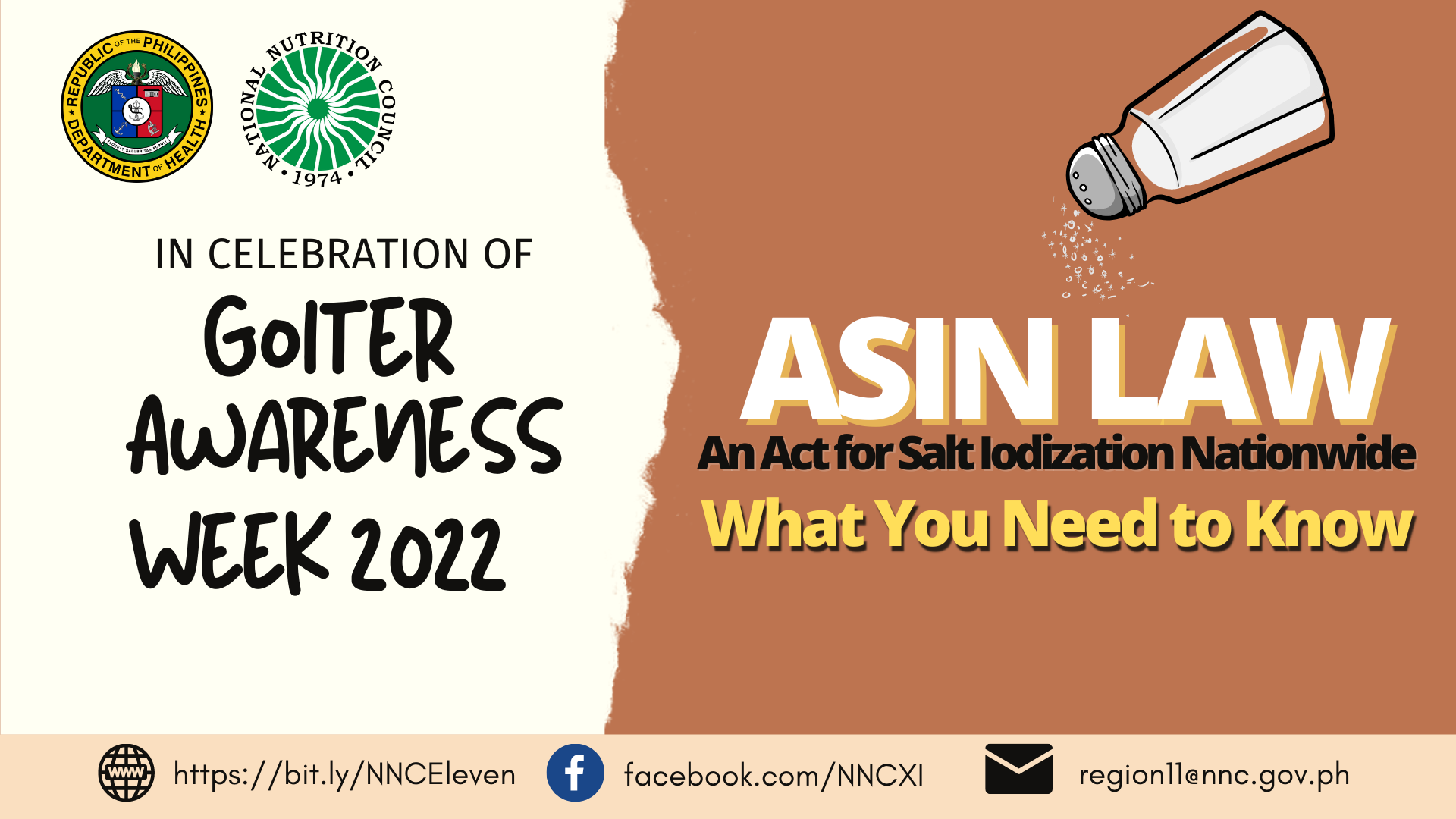 The Act for Salt Iodization Nationwide (ASIN LAW), or the Republic Act 8172, is the requirement of the addition of iodine to salt intended for the animal and human consumption in order to eliminate micronutrient malnutrition in the country. The Act was approved on December 20, 1995 by former President Fidel V. Ramos. The ASIN LAW was formulated to contribute in the country’s effort of eliminating micronutrient malnutrition, particularly the iodine deficiency disorders which is still a public health concern in the country.

One of the most common effects of Iodine deficiency is the Goiter. It is the irregular growth of thyroid gland. People with goiter often have an abnormal enlargement of the thyroid gland which can lead to the appearance of a mass or swelling of the neck. The signs and symptoms of goiter can be varied and may include tiredness, a decrease or increase in weight, low or increased appetite, depression, dryness of skin or hair, sleepiness, diarrhea or constipation and menstrual irregularities for women. Since iodine deficiency is the most common cause of goiter in the Philippines, people are advised to use iodized salt in their meals and to eat food rich in iodine such as dairy products, seafood (shellfish and seaweeds), meats, bread and eggs. Special attention should be provided to pregnant women because iodine deficiency during this critical period can cause premature birth, miscarriage or delivery of a baby with low intellect.

In addition to the country’s effort to eliminate iodine deficiency disorder, the Philippine Government in coordination with the National Nutrition Council, the Regional Bantay Asin Task Force (RBATF) was formulated in order to lead the advocacy towards the effective implementation of the Republic Act 8172. The task force is tasked to formulate an National Salt Iodization Plan (NSIP), and operational plan, which is expected to cover the monitoring and the evaluation of the Salt Iodization Program, coordination and provision of assistance among salt traders and manufacturers and the formulation of strategies which can effectively enhance public awareness.