Consultative Meeting with the Regional Shepherding Team and Target LGUs 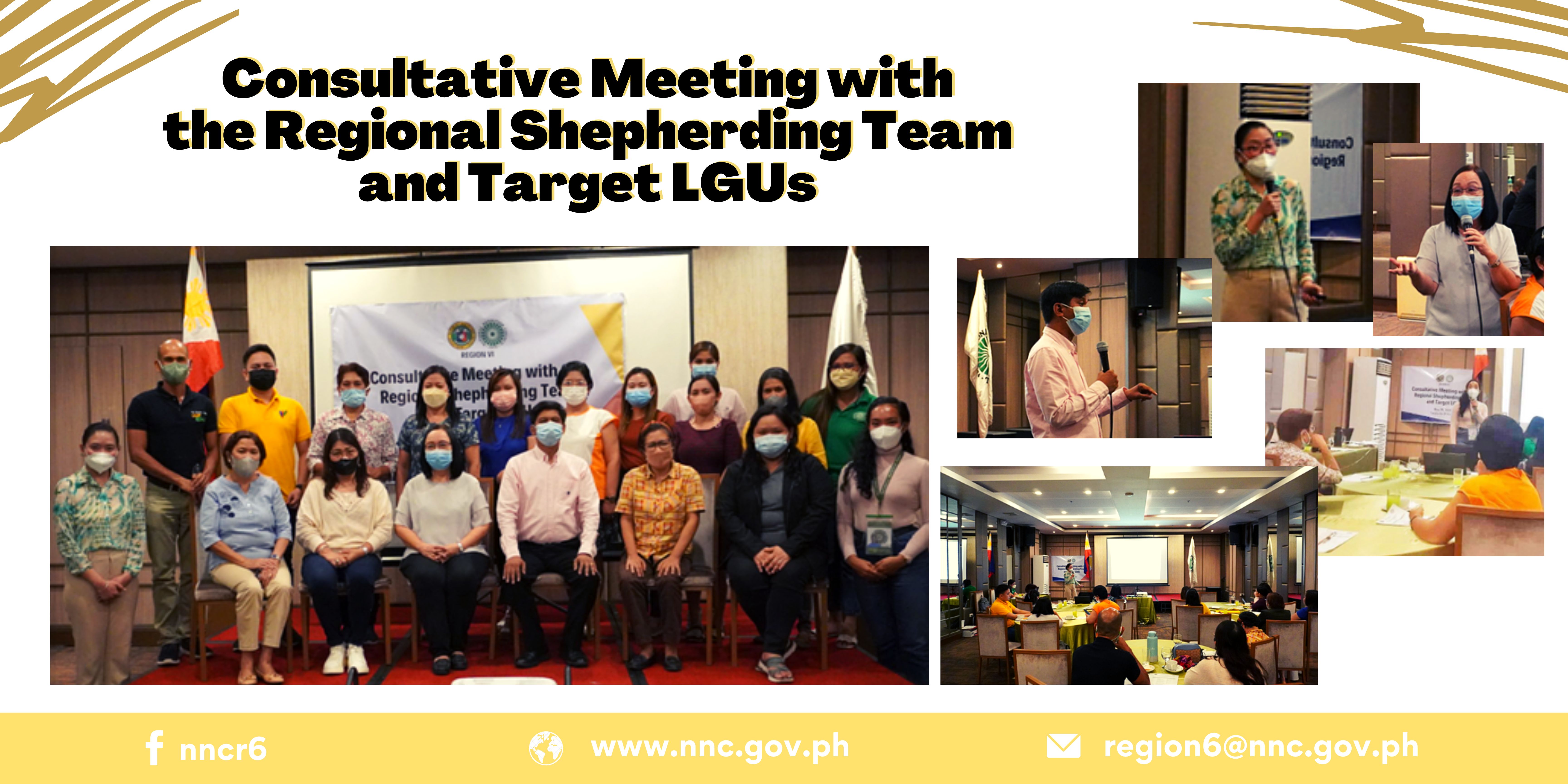 NNC Region VI convened a face-to-face Consultative Meeting with the Regional Shepherding Team and Target LGUs on May 25, 2022, at Smallville 21 Hotel, Smallville Complex, G.T. Glicerio Pison, Avenue, Mandurriao, Iloilo City. The attendees were from DOH, DAR, DILG, NEDA, DPWH, and COP-BIDANI, as members of the Regional Shepherding Team.  Also present are the target LGUs from Maasin, Iloilo, and DSB, Negros Occidental together with the DNPCs of their respective provinces. 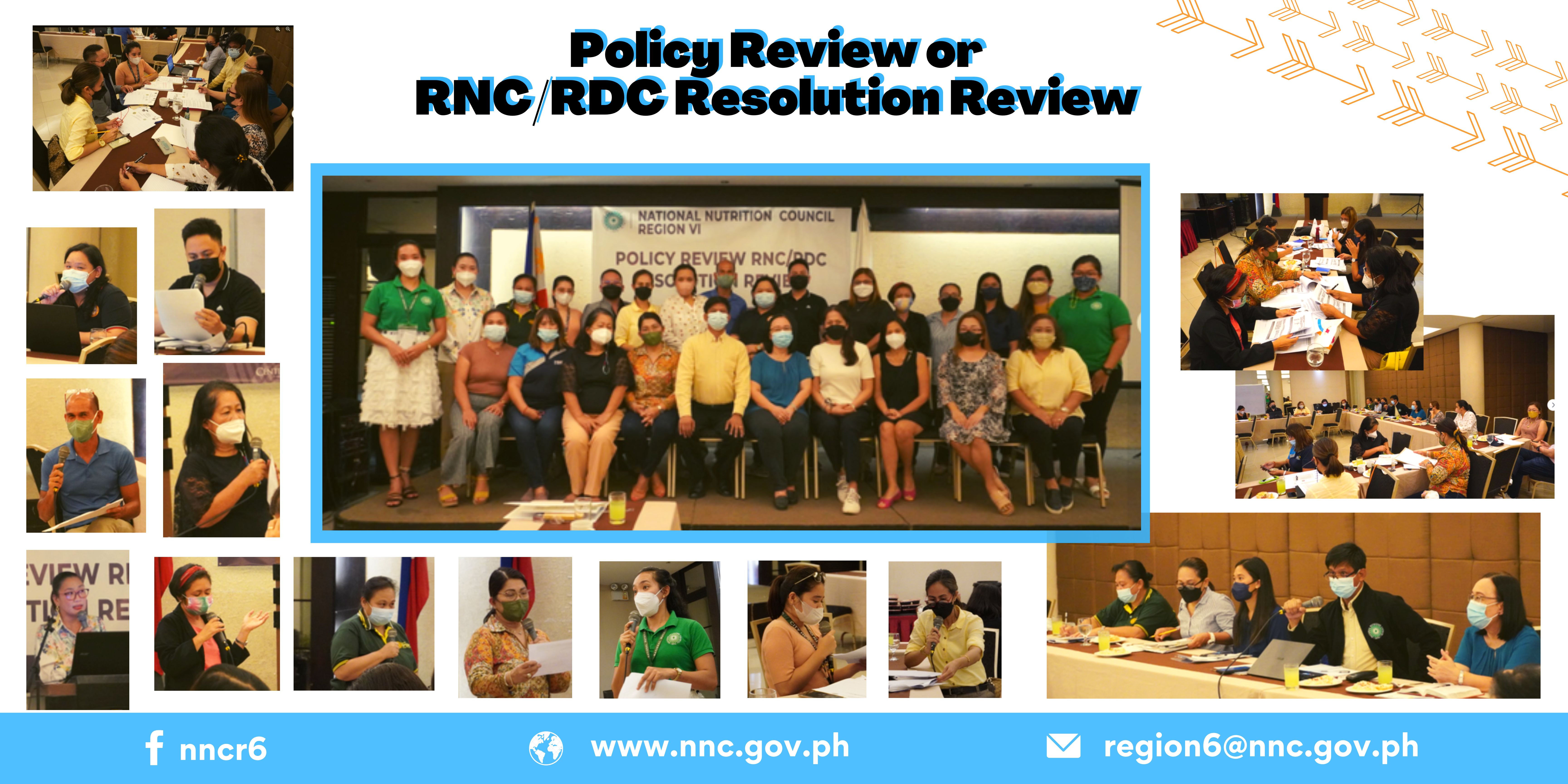 NNC RVI Provided Technical Assistance to the Province of Iloilo 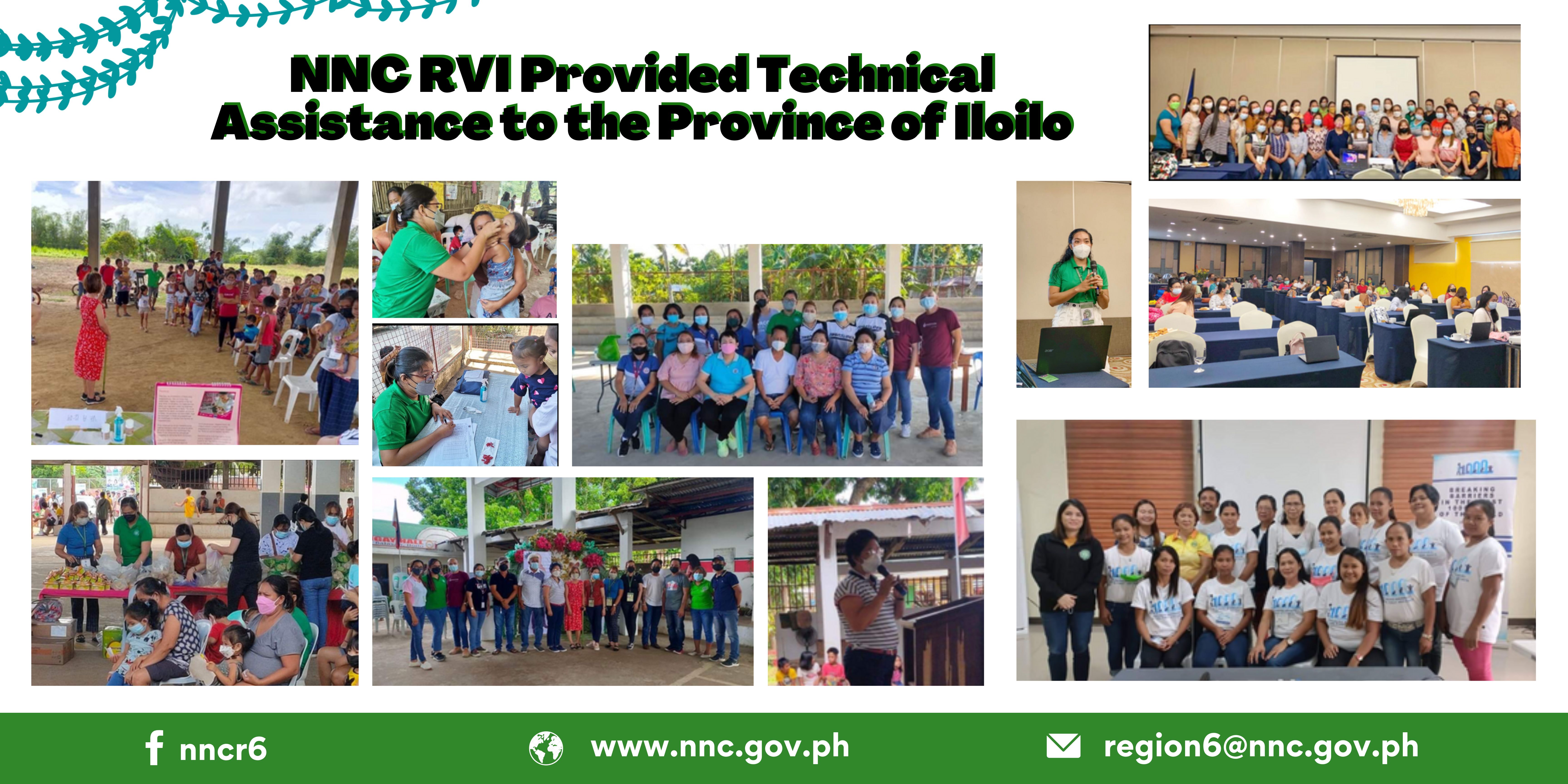 The National Nutrition Council Region VI provided various nutrition and nutrition-related technical assistance to the Province of Iloilo. Iloilo Province belongs to the (38) Thirty-eight PPAN 2017-2022 Priority Areas, these priority areas have a greater magnitude of stunting and wasting and are prioritized for mobilization of local government units. Mobilization will aim to transform low-intensity nutrition programs into those that will deliver targeted outcomes; this strategy is also expected to complement the interventions in the First 1000 Days. 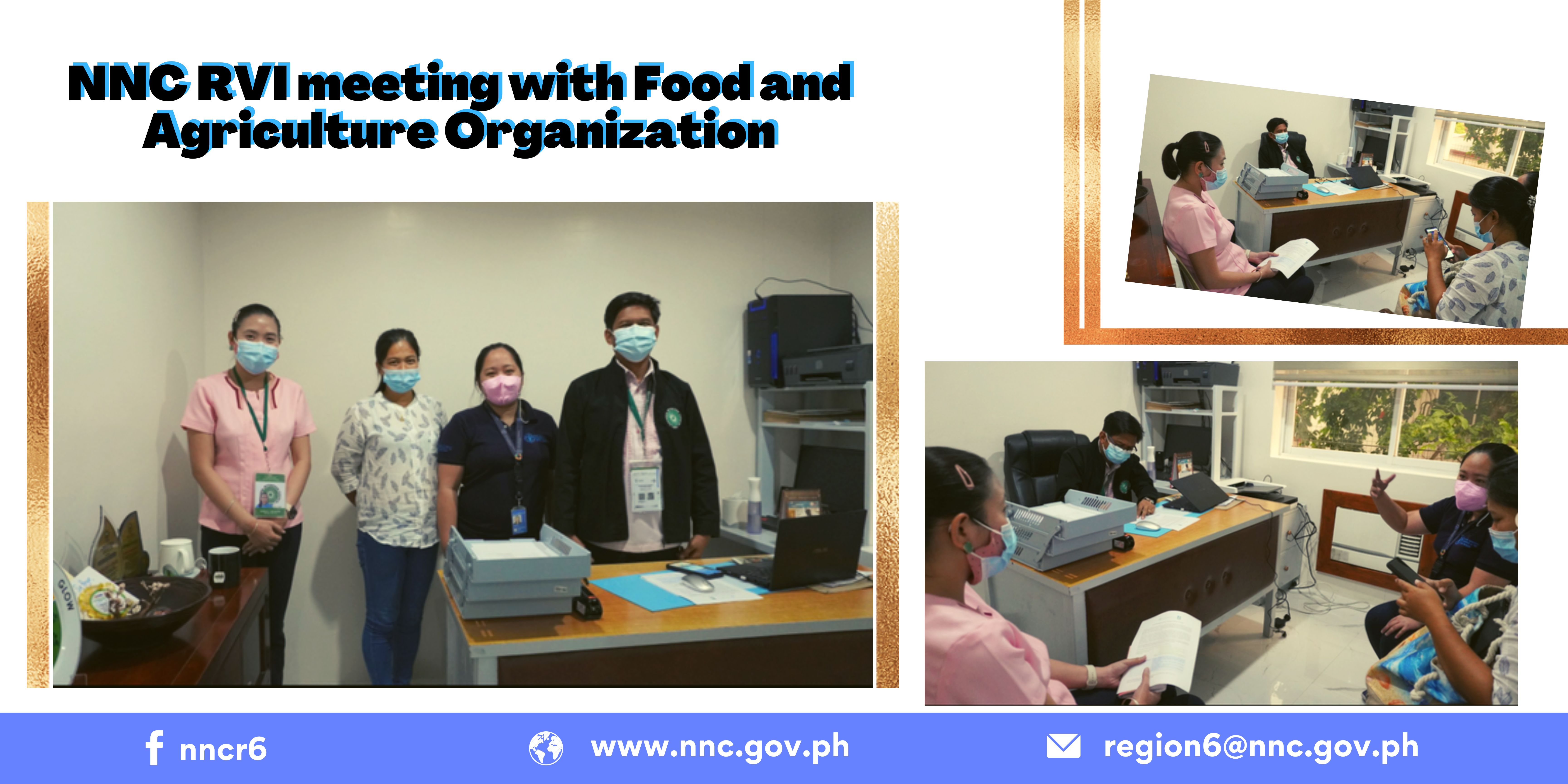 May 18, 2022 - The FAO Programme Unit Officer Ms. Carlie Labaria had a meeting with RNPC Reginaldo T. Guillen and NO III Sheryl C. Sedantes to discuss the BMU-IKI Regional Project "Fishing for Climate Change" 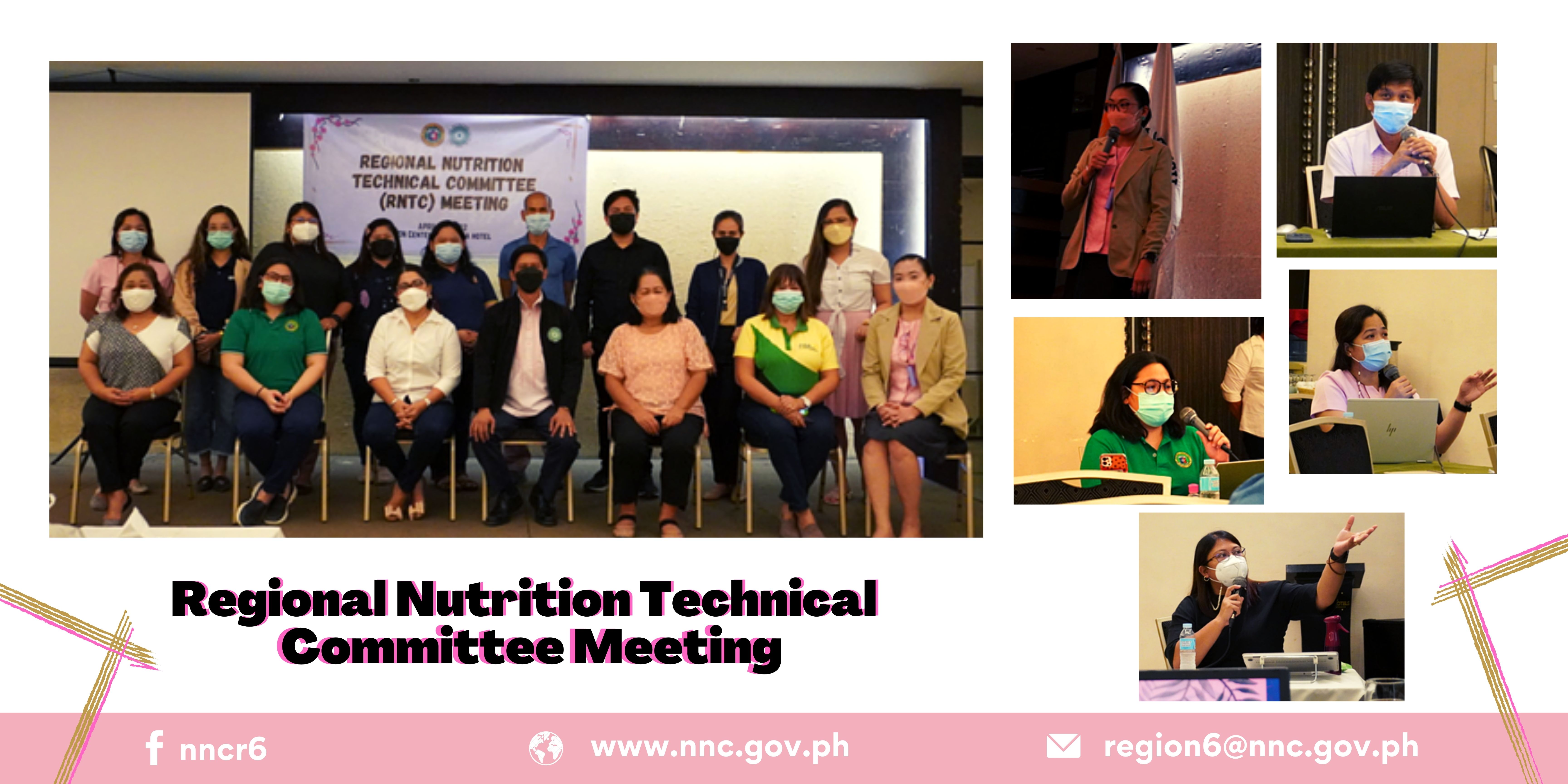 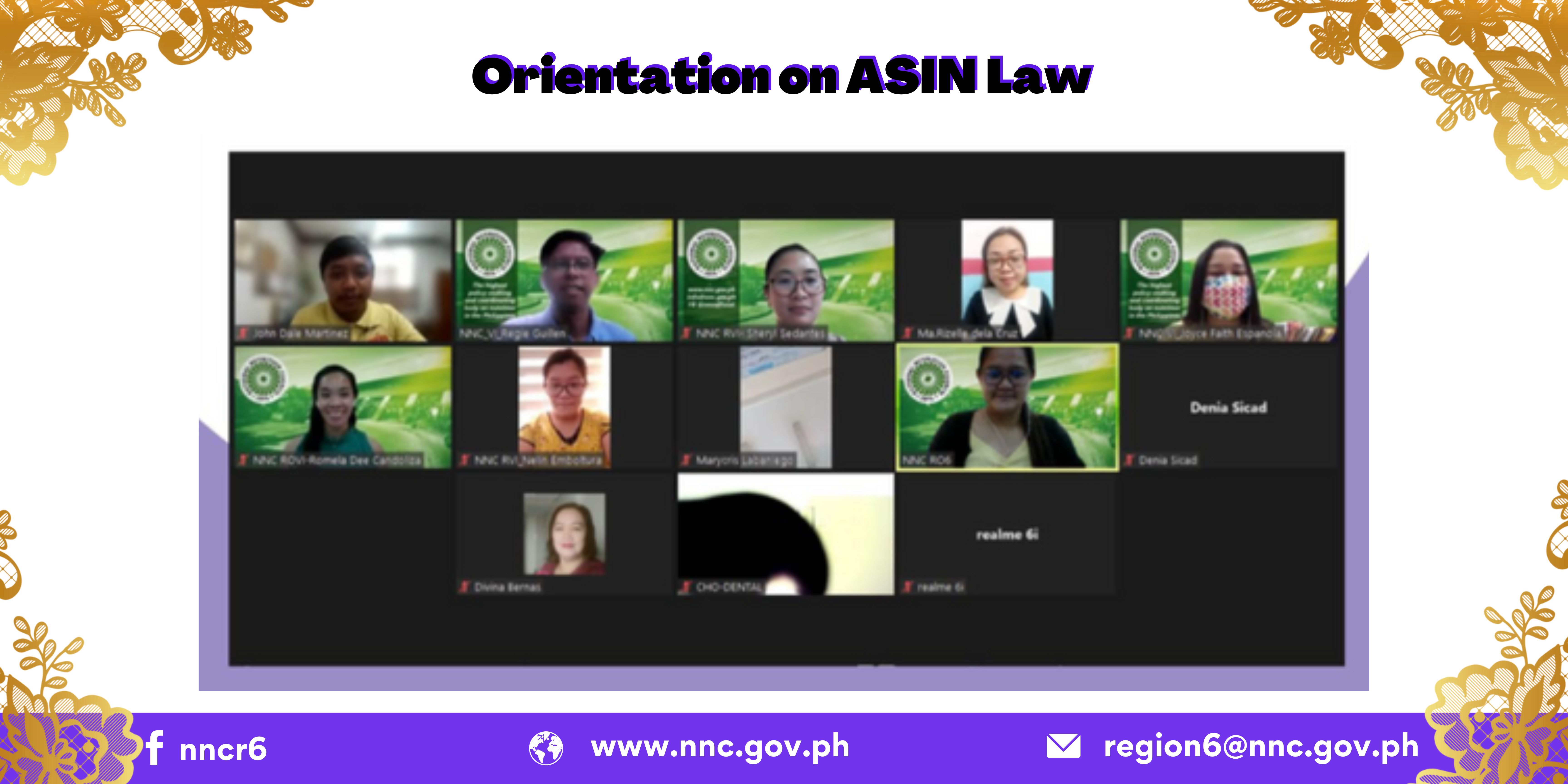 ASIN Law or the Republic Act No. 8172 signed in 1995, aims to promote the use of iodized salt and requires all salt manufacturers to iodize the salts they produce and distribute. Furthermore, Bantay Asin Task Forces were established at all levels to ensure and monitor the adequacy of the iodine content of the available salt in the market.

A Brief Presentation of the results of the RBATF Monitoring at Roxas City and Orientation on ASIN Law was conducted virtually on 12 May 2022 via Zoom.

After the feedbacking, there were responses from the City Nutrition Action Officer Dr. Rizelle Dela Cruz, and Sanitary Inspector Ms. Mary Cris Labaniego of Roxas City. An overview of ASIN LAW was also discussed during the activity. Mr. John Dale Martinez of Salinas Food Inc. gave an orientation regarding the WYD Iodine Testing Kit. The reorientation was an offshoot of the RBATF monitoring visit conducted at Roxas City.

National Nutrition Council (NNC), Region VI has reactivated the Regional Bantay Asin Task Force (RBATF) to manage and coordinate the National Salt Iodization Program (NSIP) in Western Visayas. Also, the RBATF to lead in the monitoring and reporting of the salt producers/manufacturers and other concerned agencies in its adherence to the ASIN Law.

The Regional Bantay Asin Task Force (RBATF) involved the Local Government Units specifically Nutrition Action Officers and District/City Nutrition Program Coordinators of provinces and cities in actively monitoring the Asin Law (RA 8172) implementation. ASIN Law aims to promote the use of iodized salt to address the lack of micronutrients such as goiter and iodine deficiency disorders in the country.

Kumainment No. 7, states “Gumamit ng iodized salt.” is one of the steps being taken by the National Nutrition Council to promote the increased intake of iodine in the diet.