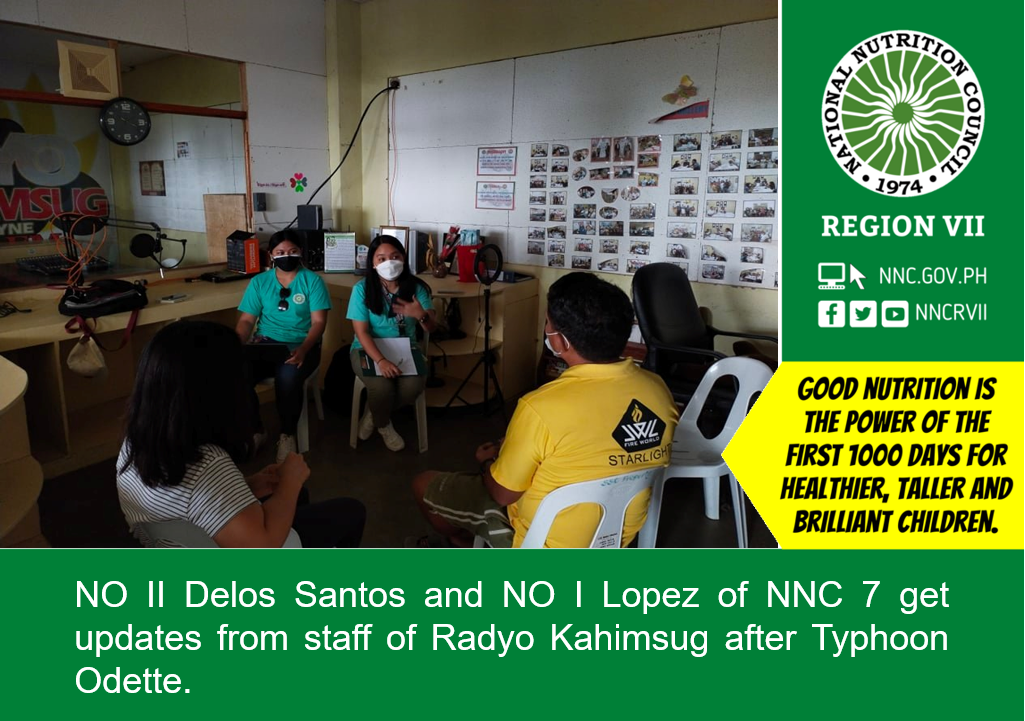 Barili, Cebu- The National Nutrition Council Region VII Nutriskwela team conducted an on-site monitoring of Radyo Kahimsug on 21 January 2022. The monitoring was made in Cebu Technological University Barili campus where the station is located.

The station was no exemption from the devastation brought by typhoon Odette, the stations antenna was taken down by the strong winds of the typhoon, the ceiling is partially damaged, and the computer equipment is yet to be checked for damages.

Discussed during the monitoring were the next steps on how to get back to the usual programming of the station. They are hoping to have the opportunity to raise their concerns to the upcoming 10th Nutriskwela Conference on 25-27 January 2022 which they are optimistic to participate despite the challenges of power supply and cellular network connectivity faced by the station and the municipality Barili itself.

The Radyo Kahimsug team is rearing to be up and running with right guidance and support from the NNC, CTU and the LGU. They are confident that the people of Barili and adjacent municipalities can hear back soon the “munting tinig” offered by the men and women of this nutriskwela community radio network program. // NO I Christine April M. Lopez, RND