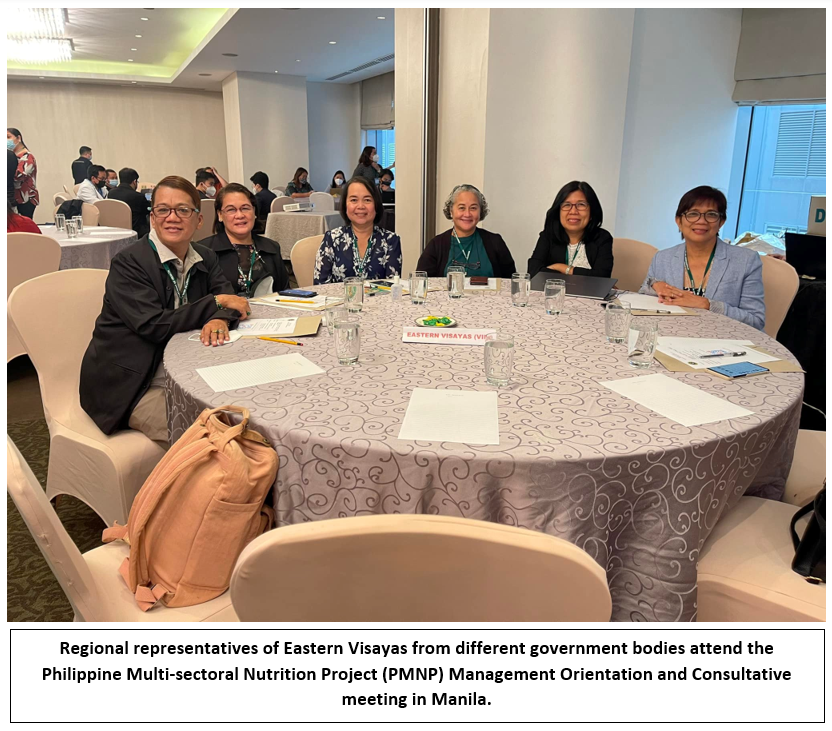 The 3-day orientation meeting/workshop at Joy-Nostalg Hotel and Suites Manila in Pasig City kicked off August 16, 2022.

The PMNP will support the provision of nutrition and healthcare services in primary care and community levels among 257 municipalities of 14 regions with high poverty and malnutrition incidence.

The World Bank has approved a $178.1-million (about ₱9.7 billion) loan to boost the country’s efforts against malnutrition a week before President Rodrigo Duterte steps down from office.

The project features a package of “nutrition-specific and nutrition-sensitive” interventions along with social behavior change and communications (SBCC) ones. 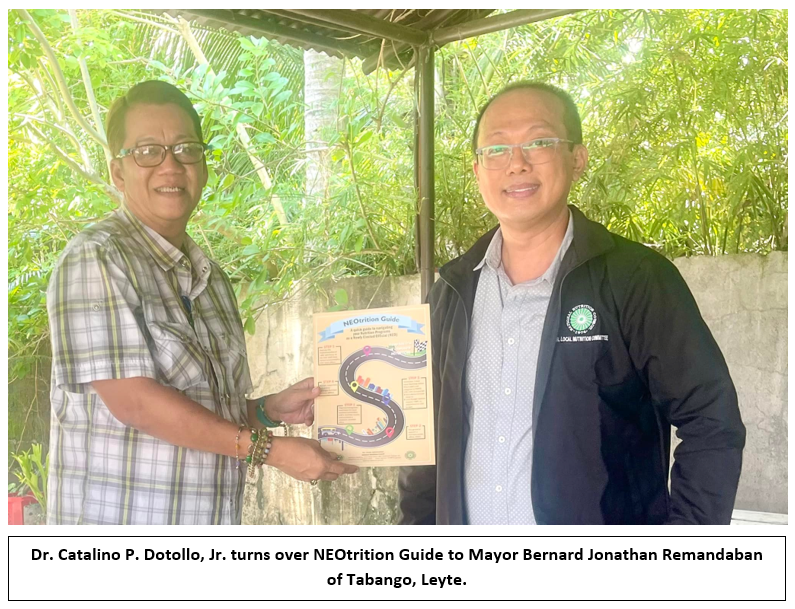 The debonair mayor had just arrived from an official transaction and had to attend an online election of League of Municipalities in the Philippines-Leyte Chapter.

Dr. Dotollo took the opportunity to orient Mayor Benjo as he is fondly called on Newly Elected Officials on Nutrition (NEOtrition) and handover the NEOtrition Guide. 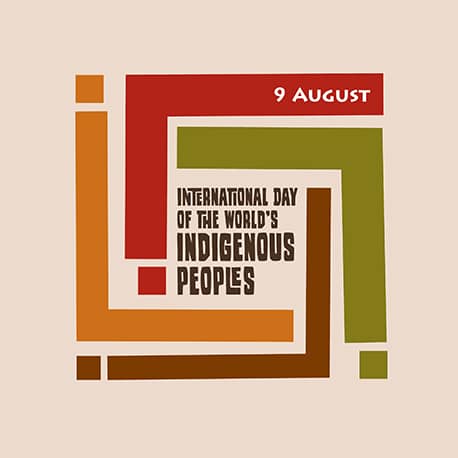 The celebration started on 23 December 1994, when the United Nations General Assembly decided, in its resolution 49/214, that the International Day of the World’s Indigenous People shall be observed on 9 August every year. The date marks the day of the first meeting in 1982, of the UN Working Group on Indigenous Populations.

This year’s celebration carries the theme, “The Role of Indigenous Women in the Preservation and Transmission of Traditional Knowledge”.

Globally, 47% of all indigenous peoples in employment have no education, compared to 17% of their non-indigenous counterparts. This gap is even wider for women.

These data also predispose the vulnerable IPs to food insecurity and hunger which subsequently causes malnutrition among them including their children.

In an International Labor Organization (ILO) and Indigenous Navigator’s report, it is observed that indigenous peoples face significant obstacles in performing their traditional occupations and accessing decent work opportunities, education, and social protection, a situation that is being aggravated by the COVID-19 pandemic. 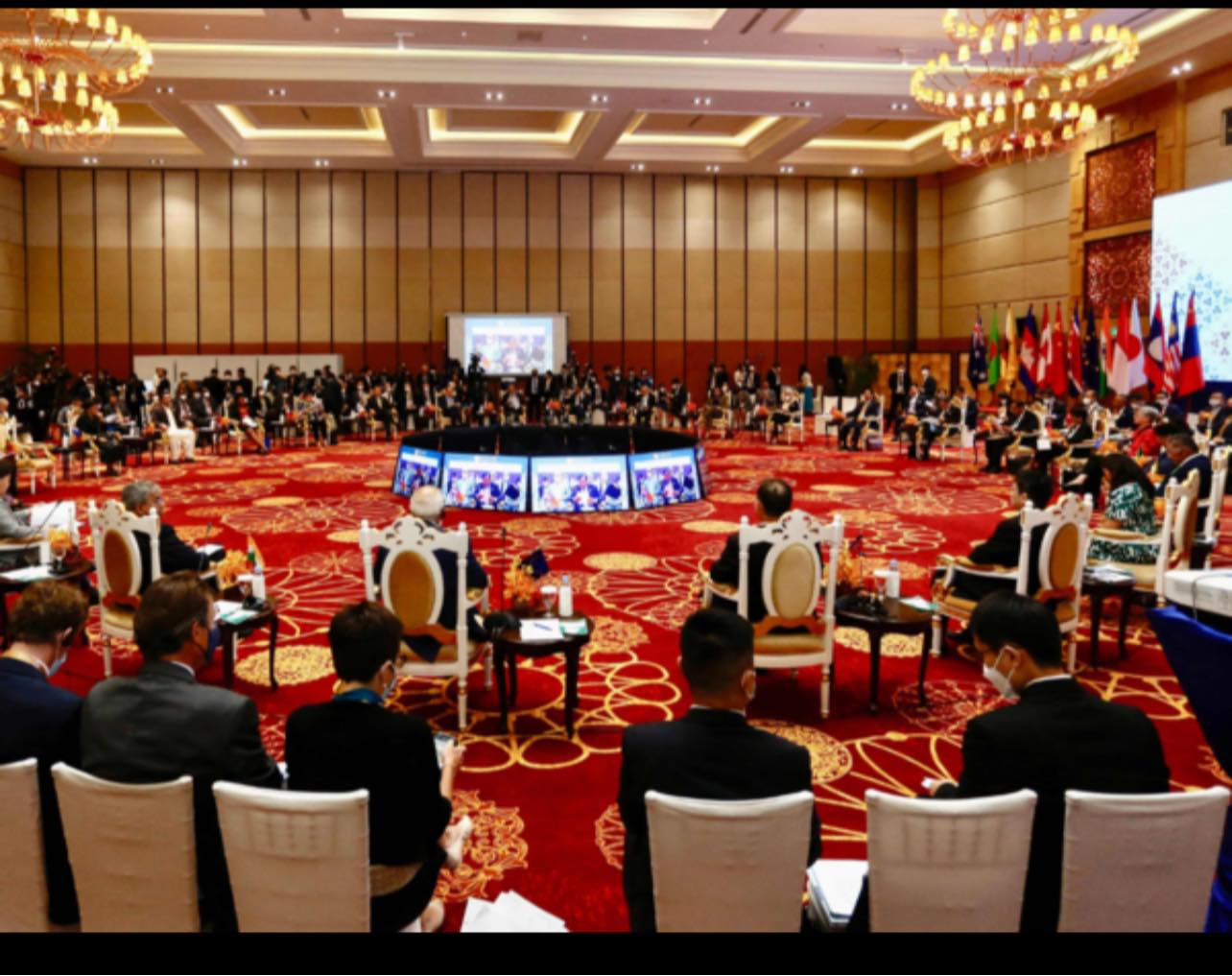 Dr. Dotollo took the opportunity to orient Mayor Torres-Gomez on Newly Elected Officials on Nutrition (NEOtrition) and handover the NEOtrition Guide. Mayor Torres Gomez gladly welcome the RNPC and said, “please help me in improving the nutritional status of my city.”

The city’s Operation Timbang coverage is 81.8%. 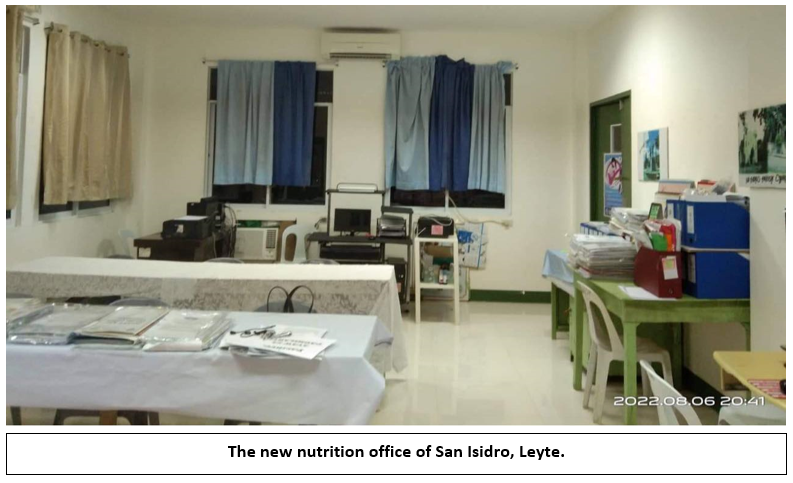 PALO, Leyte – The local government unit of San Isidro, Leyte has recently created a new nutrition office with a permanent nutrition staff to be appointed in the next few days.

The permanent nutrition staff will be concurrently act as Municipal Population Worker.

Though she is still waiting for the formal announcement of her plantilla position, Ms. Grace Flores said this is a welcome development as she relayed the good news to Dr. Catalino P. Dotollo, Jr., the Regional Nutrition Program Coordinator.

MNAO Flores has been on a job order (JO) status and as MNAO for the last 11 years. Despite her being JO, devoid of benefits enjoyed by permanent employee, she effectively and efficiently run the nutrition office.

PALO, Leyte - The Association of Southeast Asian Nation (ASEAN) marks its 55th years of existing on August 8, 2022. The ASEAN is one of the most successful regional blocks in today’s world.

Fifty-five (55) years ago, the ASEAN started its journey from Bangkok with the signing of the ASEAN Declaration (Bangkok Declaration) by the Founding Fathers of ASEAN, namely Indonesia, Malaysia, Philippines, Singapore, and Thailand.

ASEAN symbolizes the spirit of solidarity and peaceful, prosperous, and socially responsible ASEAN Community. The theme of this year’s ASEAN Day is “Stronger Together” that invites and welcomes the forward-minded people of ASEAN to come in synchronization and work as a collective to face the challenges of 21st Century (The Economic Times, 2022).

Established in August 1967 with the purpose of accelerating the economic growth, social progress, and cultural development in the region, and promoting regional peace and stability. It has become one of the most important players in the global trading system. It is now the world's fifth largest economy and plays a central role in the so-called “Factory Asia”.

Its establishment is as one of the most highly integrated regional organizations is the reflection of the process of globalization. This high integration is characterized by international cooperation in economic, social, and political policies.

It has negotiated a free trade agreement among member states and with other countries such as China, as well as eased travel in the region for citizens of member countries.

The ASEAN contributes to the advancement of the Philippines as a whole. With the incredible support from other Southeast Asian nations, the country is better prepared for globalization.

The Philippines has benefited from a substantial increase in trade and investments with its economic integration which created a wide choice of goods for consumers thus supporting local businesses to expand overseas. #RNPC-CPD