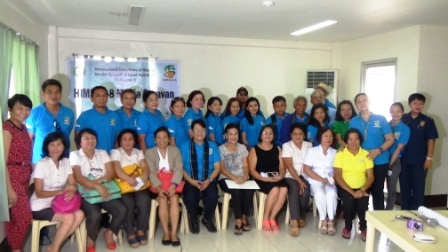 “It’s only eight percent, but these are 328 babies suffering the consequences of malnutrition during infancy,” said Catalino Dotollo, NNC regional nutrition program coordinator.

The official made the statement after the Biliran Provincial Nutrition Committee (PNC) presented the 2014 nutritional status of children to nutrition officials and some journalists in Eastern Visayas.

Pregnant women given completed Iron w/ Folic Acid were 3,675 or 79 percent. Post partum mothers given complete iron dosage was 3,236 or 69.80 percent, according to Rosales.

But for the NNC Regional Coordinator, the province could do more to curb low birth weight.

“The provincial government should try to execute a very vivid intervention to ensure nourishment of babies throughout those 270 days in the womb,” Dotollo added.

For preschool children, out of the estimated 28,170 under six years old children 2,922 were identified as underweight and severely underweight.

Biliran, with a population of 173,889, is one of the country’s smallest and newest provinces. Formerly, a sub-province of Leyte, it became an independent province in 1992. (PNA)Sarwell Q. Meniano