SUN and First 1000 Days given light in Eastern Samar 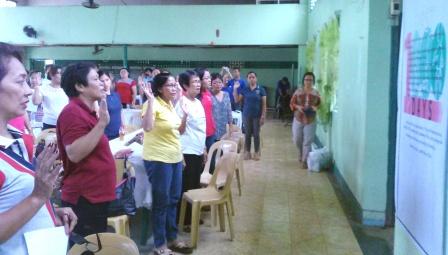 BORONGAN CITY -- Prime movers of Good Nutrition in the region and in the Province of Eastern Samar have gathered here for the “Provincial Orientation and Advocacy on Scaling Up Nutrition (SUN) Movement - First 1000 Days of Life” on October 11, 2016.

Comparative “Operation Timbang” (OPT) data for years 2015 and 2016 show malnutrition is still an unabated problem and even growing in the province. Albeit Pangan in a later interview explained that the OPT coverage may be inconclusive as the number of children subjected to weighing seldom reached the 85% threshold, but still the trend and numbers are glaringly worrisome.

SUN is a worldwide movement supporting numerous countries, wherein the Philippines just recently became a member. It is a movement grounded on principle that all people, no matter the race, have the right to food and good nutrition.

The SUN approach motivates countries and governments to lead in their national effort to scale up nutrition, through a SUN Focal Point, who shall bring the multi-stakeholder of Technical Community, United Nations, Government Partners, Civil Society, Donors, and Business together in a single platform.

The multi-stakeholder platform works to align and coordinate actions in regards to Health, Women’s Empowerment, Education, Social Protection, Agriculture, Development, and Poverty Reduction. With overall support and coordination provided by the SUN Secretariat and SUN Lead Group, the Global Networks of stakeholder’s shift resources and align actions to support the country efforts.

The Philippines commitment to the SUN Movement is to engage and scale up implementation of various intervention package focused on the First 1000 days of Life. It has been scientifically reasoned out that the “First 1000 Days of Life” is the unique period to give a child the Right Start of Life Forever!

A critical “Window of Opportunity” to make battle with the irreversible effects of under nutrition, of which data shows that in the Philippines 34,143 children die every year; or 95 children die each day due to undernutrition.

Ending the one-day event here was a “pledge of commitment” to Scale up Nutrition with focus on First 1000 Days in Life, where all the participants also inked their signatures on a tarpaulin board. (Jack C. Gadaingan)