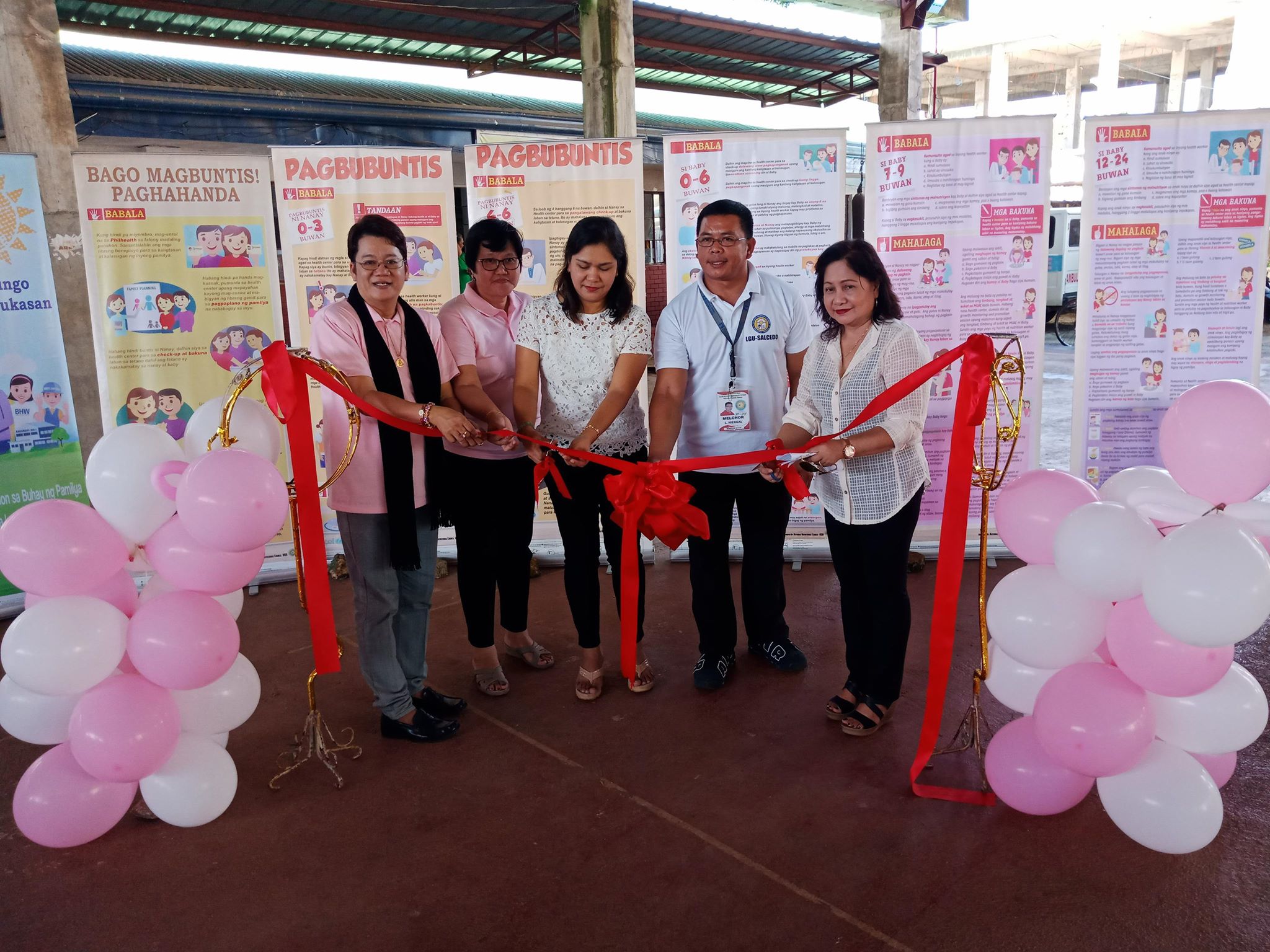 SALCEDO, Eastern Samar -- “This project funded by our municipality focuses on pregnant women up to their childbirth and infants/children up to two years of age. We have a year-round program of activities for this target group considered within the window of opportunity to fight malnutrition.”

Mardonia D. Berongoy, Municipal Nutrition Action Officer (MNAO) of the town of Salcedo, Eastern Samar revealed this in an interview during the launching of the 1st 1000 Days Project in this coastal town on January 25, 2018.

The activity initiated by the local government unit (LGU) of Salcedo through its Municipal Health Office was graced by Dr. Catalino P. Dotollo Jr. and Mr. Niño Archie S. Labordo, Regional Nutrition Program coordinator (RNPC) and Nutrition Officer III, respectively of the National Nutrition Council Region VIII (NNC-8); and a representative of Plan Philippines that is implementing an intervention package in the locality, in the person of Provincial Supervisor Aida O. Loyola.

In his presentation, RNPC Dotollo introduced the Early Child Care Development (ECCD) in the First 1000 Days Program and the Philippine Plan of Action for Nutrition 2017-2022; and Nutrition Officer III Labordo explained the regional nutrition situation of Eastern Visayas as well as the provincial nutritional status of Eastern Samar.

It was learned that taking strategic advantage of the First 1000 Days in life as unique "Window of Opportunity" will give children the right start of life forever. The Early Childhood Care and Development (ECCD), congruent with the Early Years Act (RA 10410) refers to the full range of health, nutrition, early education, and social services for the holistic needs of young children.

However it further narrows down the age-group referred as  “the golden window of opportunity” for the child’s growth and development, which includes the time of conception while the baby is still in the womb (during pregnancy), until the baby is born and two years of age, it was gathered.

Mayor Mergal, in his response, thanked all those who attended the half-day activity—especially the NNC, which provided the LGU technical support. ABC President Romualdo G. Estor and BNS President Tarsicia C. Maragrag led the generation of commitment from the congregation. (Jack C. Gadaingan)